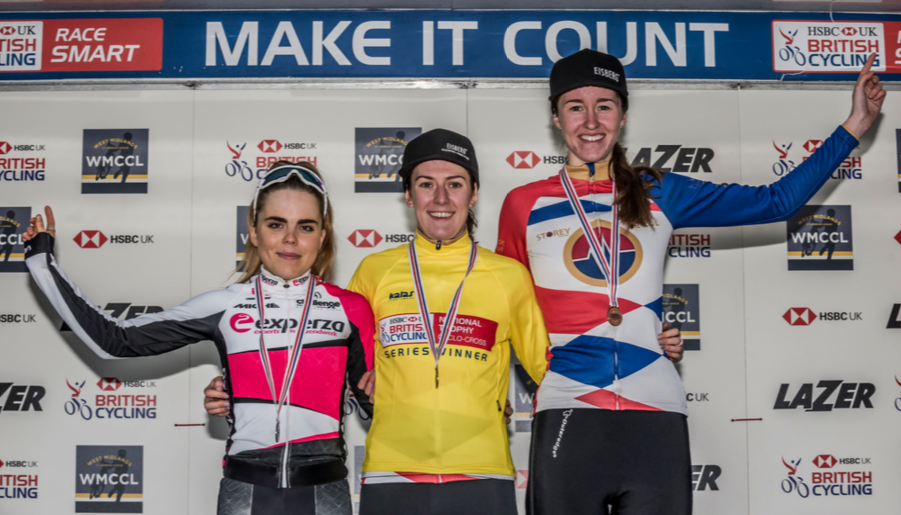 Ffion James won her second race in the National Cyclo-Cross Trophy Series to clinch third place overall at the weekend.

The Storey Racing cyclist followed up her victory in round two in Irvine with a magnificent triumph in the sixth and final race at Shrewsbury to move into the bronze medal position in the series.

It was also good enough to earn the Cambridge University student the silver medal overall in the Under 23 category as she led from start to finish to keep the eventual Under 23 champion, Anna Kay, at bay.

Kay finished second ahead of Anna Flynn on the day and also took second place in the overall series. The overall title went to defending champion Beth Crumpton.

Abergavenny-born James paid tribute to her coach Ciara Oliva and tweeted: “Couldn’t do it without the help of such a great coach, thanks for believing in me.”

The challenge of James, 20, was acknowledged by the experienced Crumpton who said: “It’s a relief to finish it off today so I’m really happy to win a second title in a row.

“The talent in women’s cyclo-cross is amazing at the moment and you don’t know who is going to win. The UK girls have given me a run for my money and we’re pushing each other on.”