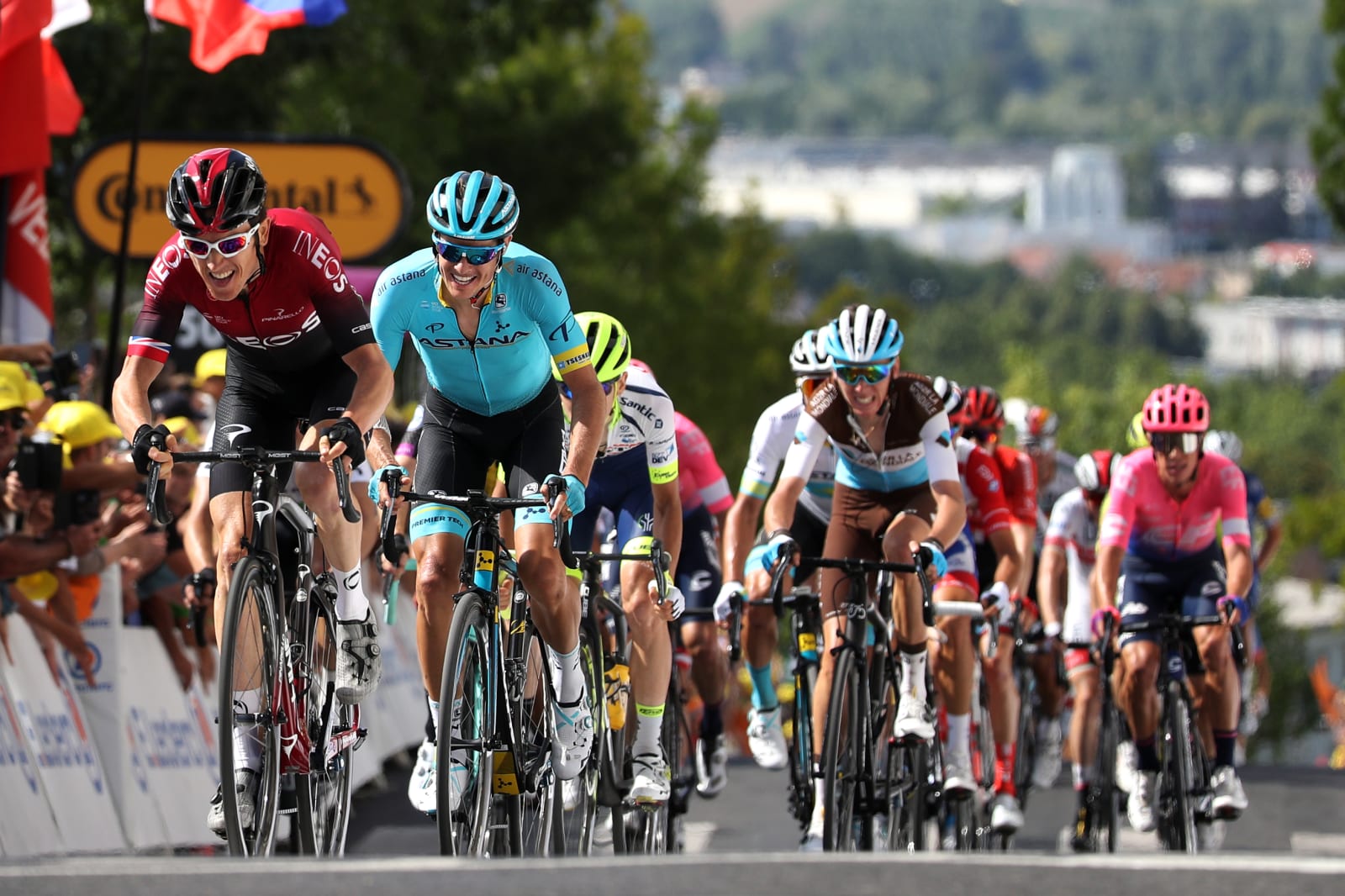 Wales’ defending champ is now seventh one spot behind the Colombian who proved the stronger on the punchy uphill finish as the race entered France for the first time.

Thomas is 45 seconds behind France’s Julian Alaphilippe who celebrated Le Tour moving back into its homeland with a breakaway victory on the 215km stage from Binche to Epernay to take the Yellow Jersey.

“I felt really good yesterday, but today I obviously wasn’t dancing up the climbs, but I was OK,” said the Cardiff-born rider whose build-up to his defence of the title was hampered by a crash on the Tour de Suisse.

“We really had to bust a gut today. I did feel okay, though.

“I didn’t really want to do more than had to be done. I was aware that there were still bonus seconds up for grabs but I could see that some of the guys up there like Alaphilippe were really strong, so I thought I’d leave it to them and just get through as best as possible.”

Thomas, who had moved into the top 10 after Team Ineos finished second on the stage two Team Time Trial, added: “Obviously we had a pretty tough day yesterday and those short, steep climbs were pretty solid.

“I think this stage will be good for me in the long run.

“I felt okay really considering that the short, steep climbs aren’t necessarily what I love, but I think we rode really well as a team. We were always in a good position, we communicated really well, so all in all it was a good day.”

Thomas admits he is relishing his role as the defending champ – even if it means an extra workload when he gets off his bike.

“It was totally different coming to the race with the number 1 on the back,” added the 33-year-old.  “Every press conference, you’re getting all of the questions, but it’s nice and it’s a nice boost to have it on your back, and I’m going to try and make the most of it.”