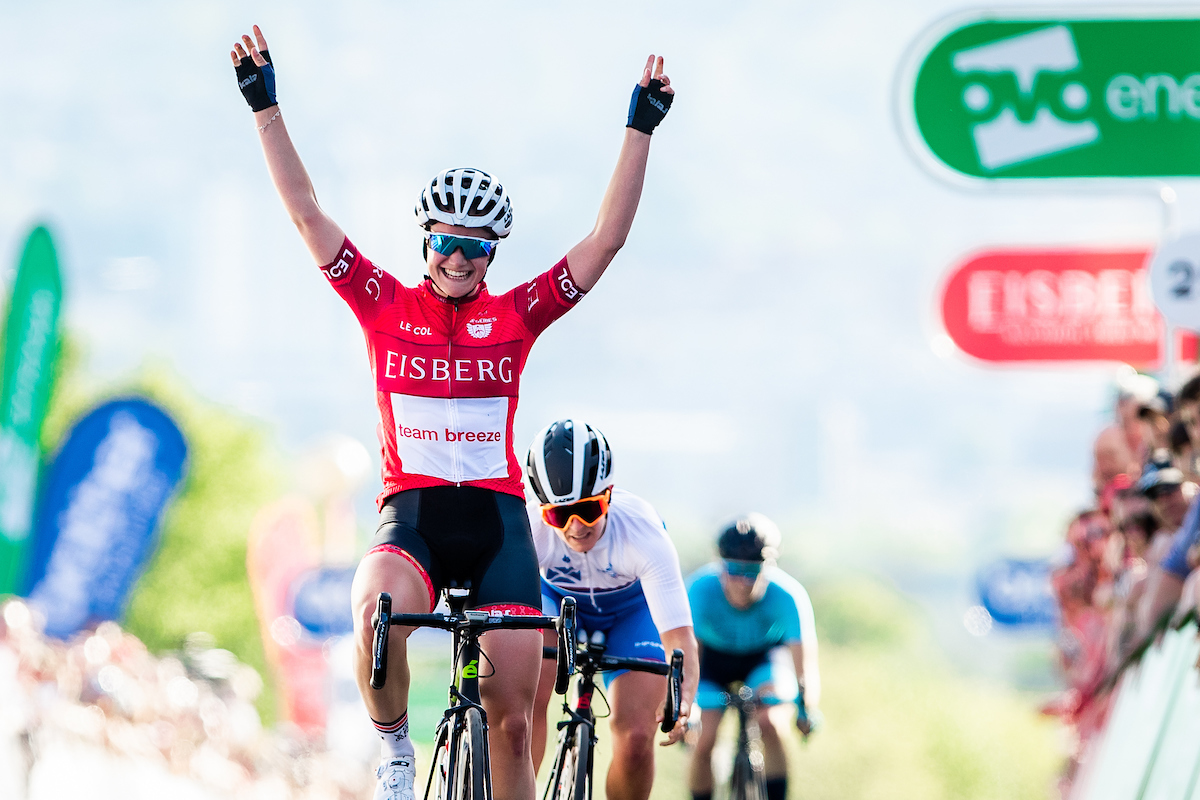 Jess Roberts has time to celebrate as she triumphs in Motherwell. Pic: Alex Whitehead/SWpix.com.

Jess Roberts maintained her domination of the OVO Energy Tour series as she powered to victory in Motherwell.

Wales’ British Road Race champion followed up her win in Redditch last week to make it two wins from two.

The 20-year-old prospect won by 0.2 secs from Evans with Bennett crossing the line almost two seconds back.

The race was won by Jacob Hennessy who took his first-ever OVO Energy Tour Series victory.

The third round takes place in Aberdeen on Thursday (May 16).