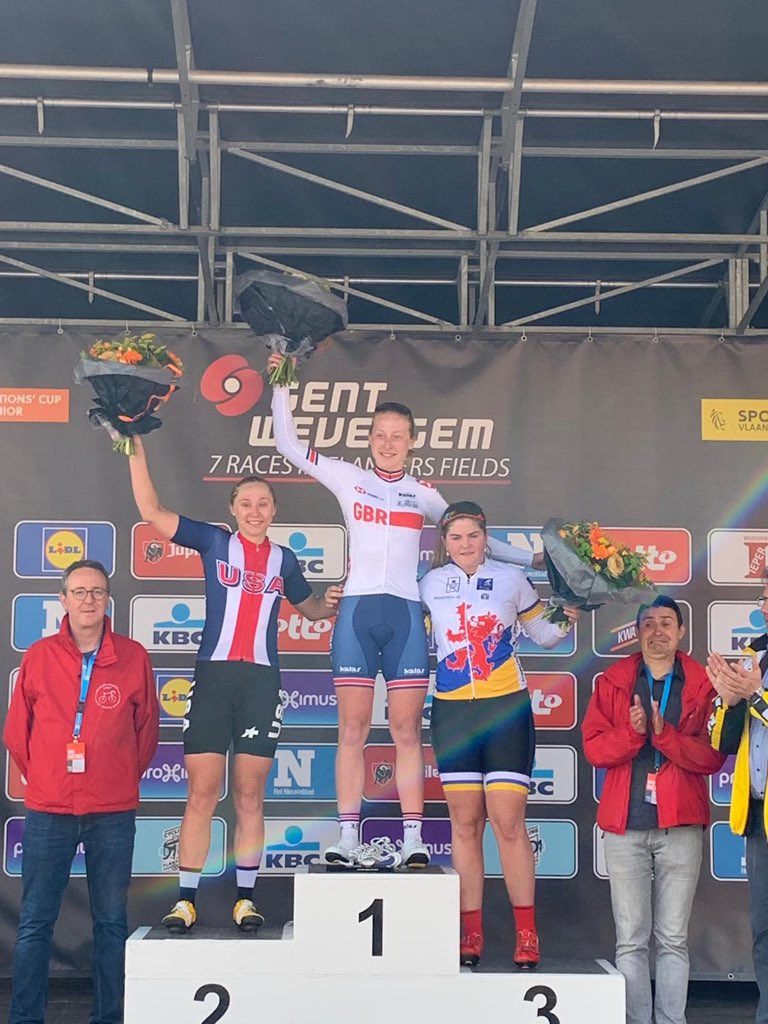 Elynor Backstedt on podium after winning under 19 race.

The teenagers, daughters of former Swedish pro rider Magnus and ex-Welsh and British champ Megan, have again shown why they are two of the hottest prospects in British cycling.

Pontyclun-based Elynor, 17, won the under 19 race after launching a solo attack before crossing the line 16 seconds ahead of the chasing pack.

And younger sister Zoe, 14, claimed an even more emphatic win of three minutes after also making a solo attack on the cobbles at the end of the first lap.

Gent-Wavelgem is one of the most important one-day races on the world calendar having been held annually since 1934.

For a family to dominate the junior races in such fashion is a huge achievement.

The duo have joined Storey Racing this season, the venture set-up by Britain’s multiple Paralympic champ Dame Sarah and her husband Barney.

Zoe had lined-up for Storey Racing in an age category she is eligible to compete in for two more years.