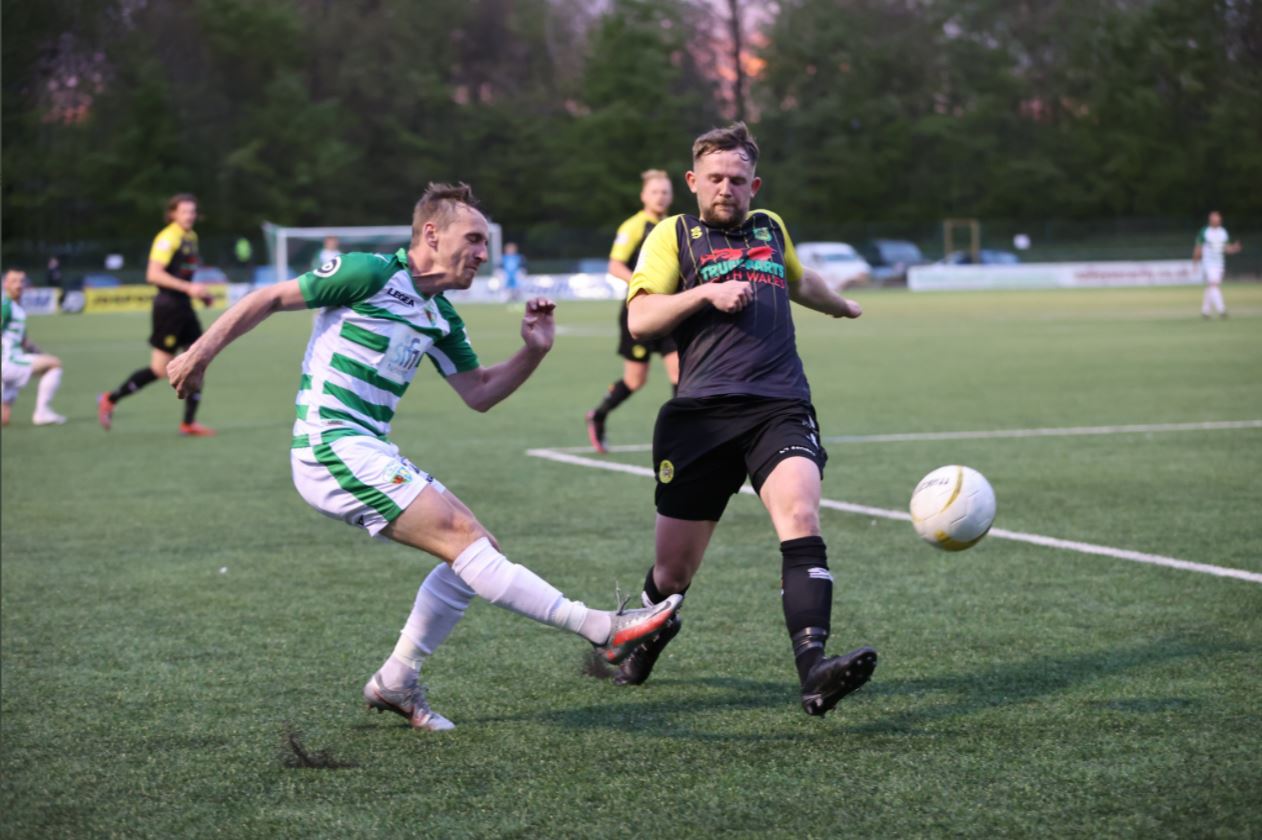 Connah’s Quay can extend their lead at the top of the Cymru Premier tonight after The New Saints’ title challenge was hit with a new setback.

The New Saints had hoped to bounce back from Saturday’s comprehensive defeat against Connah’s Quay with an improved display against Caernarfon Town – but Anthony Limbrick’s side could only manage a frustrating goalless draw against the Cofis, in what could prove to be a pivotal night in the season’s title race.

A victory for Connah’s Quay at Bala Town this evening would move the Nomads five-points clear with only four matches remaining.

Andy Morrison’s side, buoyed from their victory over their title rivals, travel to Maes Tegid looking for a fifth-successive win that would take them a step-closer to retaining the Cymru Premier title.

Last night, Caernarfon held out under extended pressure at Park Hall from The New Saints with former Connah’s Quay goalkeeper Lewis Brass starring as one of the main protagonists in a fine display of resilience from for the Canaries.

The New Saints were unable to capitalise when Gruffydd John received his marching orders for bringing down Saints forward Louis Robles inside the box on 77-minutes.

Greg Draper was one of six changes made to the Saints line-up following their defeat to Connah’s Quay, but the normally prolific striker failed to capitalise from the penalty spot for successive game.

Jack Kenny also saw red for the visitors following a second bookable offence deep into added time, before Brass performed a stunning save to deny Adam Roscrow in the final moments.

“I don’t think it was necessarily from anything we could’ve done more”, said Limbrick post-match. “We had a penalty, we pushed to the end, we had goal line clearances, the keeper pulled of saves and then we had a clear goal at the end that we felt was a clear goal but the referee give a free-kick the other way.”

“If we’d have got that first goal we could’ve got two or three, however it wasn’t to be. I don’t think it’s through lack of effort or determination to push to the end, but obviously it’s a disappointing result in the context of where we are coming into these final games.”

Connah’s Quay will be continue to have absentees for their visit to Bala with Danny Holmes, Sameron Dool and Jay Owen all injured. Midfielder Aeron Edwards is available once again after serving a one-game ban. Bala Town defender Johnny Spittle is suspended for the visit of his former club with the match broadcast live on S4C online.

Elsewhere, Penybont picked up a 2-0 win against Barry Town thanks to Nathan Wood and an exquisite first-time finish from Kane Owen.

Jordan Evans continues to spearhead Newtown’s play-off bid after his ninth goal in 11 games helped the Robins to a 1-0 win over Flint Town United, that moves them three points clear at the top of the Play-Off Conference.

Aberystwyth Town picked up a 5-1 win over Cefn Druids at Park Avenue. Owain Jones scored twice with Harry Franklin, Jamie Reed and John Owen also finding the target as the Ancients succumbed to another heavy defeat.