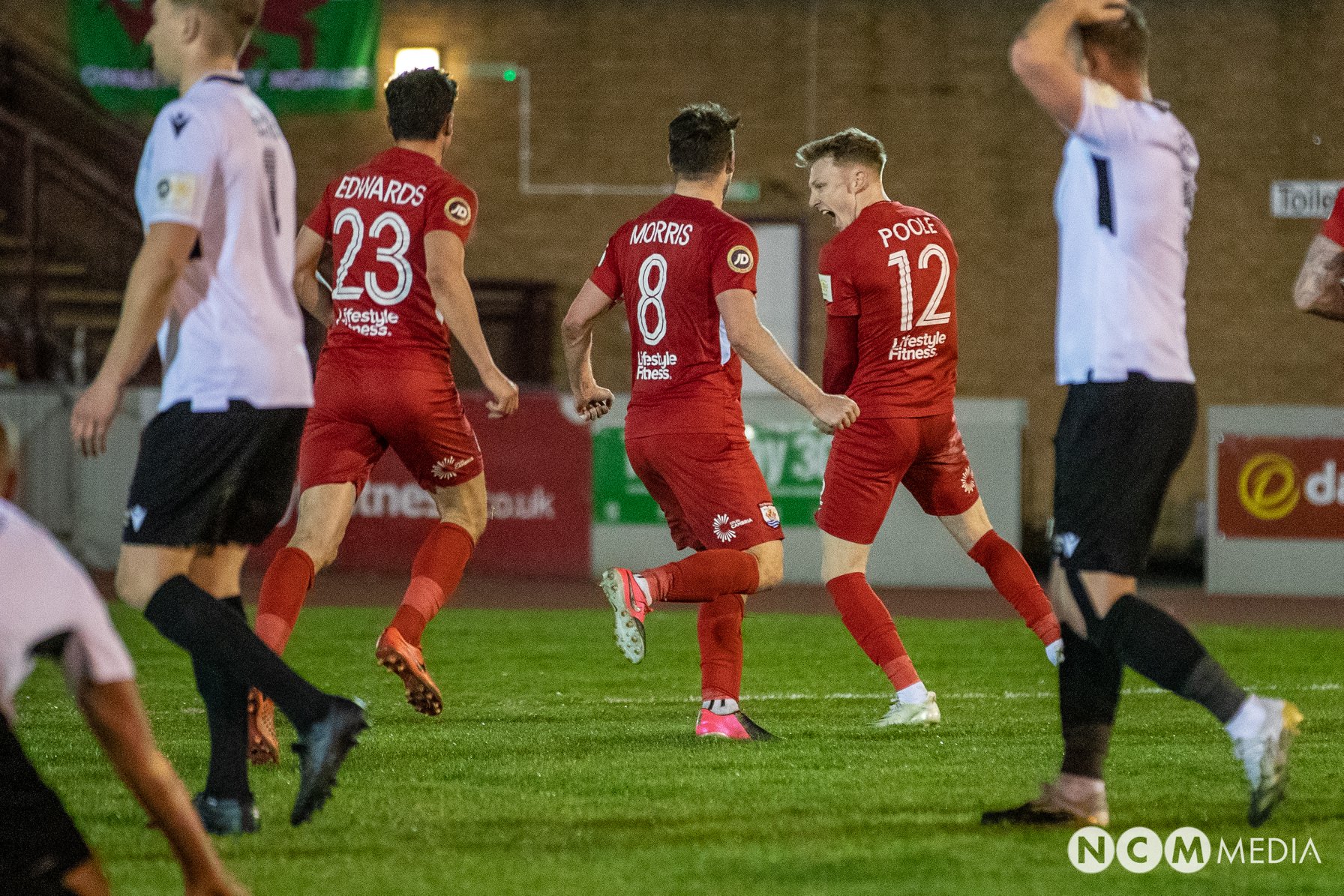 Two late goals secured Connah’s Quay a precious three points against Bala Town to keep them level on points with The New Saints ahead of this weekend’s top of the table clash.

The two title challengers face each other on Saturday in the first of two meetings before the end of the season with just goal difference currently separating the two sides.

Bala were able to frustrate the Nomads for long periods at the Deeside Stadium and it looking increasingly likely that the points would be shared, until Declan Poole finally broke the deadlock with a driven shot from the edge of the area with four-minutes remaining.

“Fair play to Bala, they made it a real contest,” said Morrison post-match. “We kept asking the question and we don’t relent and we keep going.”

Substitute Greg Draper came off the bench to put The New Saints in front at Caernarfon Town as the league leaders marched to a fourth-straight win under new head coach Anthony Limbrick.

With the game still goalless, The New Saints were given a scare early in the second-half when Caernarfon’s Sion Bradley went close. The hosts then had claims for a penalty waved away when Mike Hayes’ strike hit defender Ryan Astles.

Draper found himself in space to thump in Louis Robles’ cut-back. And Saints added a second after Caernarfon’s Noah Edwards was dismissed after he hauled down Jamie Mullen.

Chris Marriot was denied by the woodwork from the result free-kick but Draper was on hand to tee up Blaine Hudson to score from close range.

Second-half goals from Ben Ahmun and Matthew Harris saw Penybont come back to salvage a 3-3 draw against Barry Town.

Jamie Bird and Kayne McLaggon had put Barry ahead at Jenner Park before Ahmun replied with his first of the night. David Coterill restored Barry’s two-goal lead, making it 3-1 at the break.

In the Play-Off Conference, Haverfordwest County endured a disastrous first-half against a ruthless Cardiff Met.

Ollie Hulbert hit a hat-trick, Elliot Evans scored twice and Bradley Woolridge was also on target in a chaotic opening 45-minutes at Cyncoed as County capitulated against the Archers.

Kieran Lewis’ solitary strike in the second-half was the only highlight on a miserable night for Haverfordwest, whose season is at risk of fizzling out following a run of three defeats in four outings since the league split.

That allowed Newtown to close the gap on Haverfordwest to just two-points after Chris Hughes’ men saw off in-form Flint Town.

Goals either side of half-time from Jordan Evans and Tyrone Ofori Hughes helped the Robins continue with a play-off push that seemed unlikely only a month ago.

Aberystwyth put an end to their three-game run of defeats after Marc Williams and a brace from Jamie Reeds secured the Seasiders a 3-0 win at bottom of the table Cefn Druids.