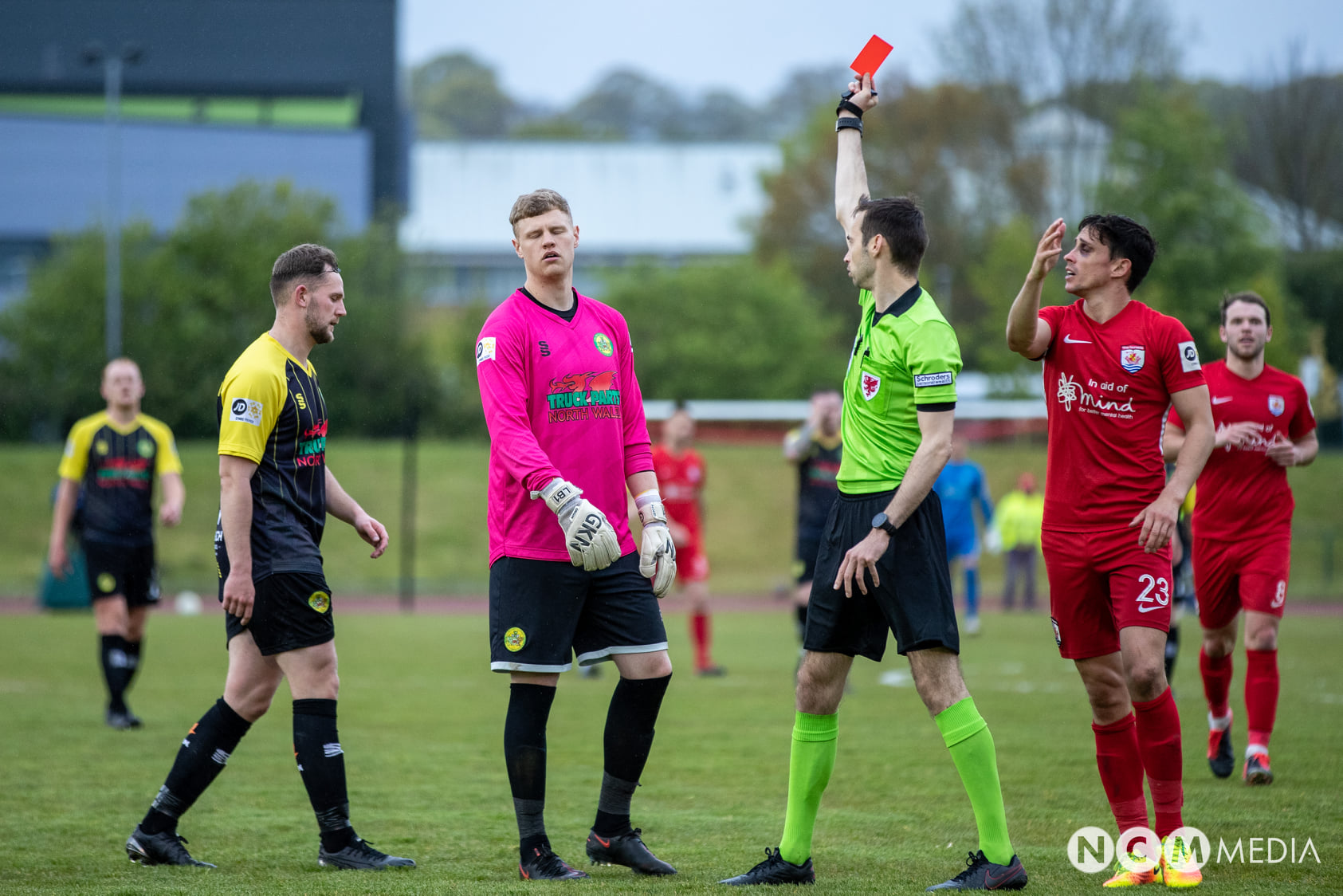 The JD Cymru Premier title race will be decided on the final day of the season after Connah’s Quay and The New Saints proved too strong on the penultimate weekend.

A 3-0 win over Bala Town temporarily put The New Saints back top of the table, before Connah’s Quay ran out 4-0 winners against 10-man Caernarfon in the late afternoon kick-off to regain their two-point lead.

Connah’s Quay will travel to Penybont in next Saturday’s final day needing to equal The New Saints’ result against Bala Town if they are to retain the title in a tense end of season finale.

Meanwhile, Newtown clinched the league’s final play-off spot with a victory over Haverfordwest County that wraps up the Play-Off Conference with a week to spare.

Brobble drilled in Jamie Mullan’s inviting cross across goal to open the scoring as The New Saints were forced to wait until the second-period to make the breakthrough for a successive match.

Adrian Cieslewicz scored within three minutes of coming off the bench to extend Saints’ lead before Brobbel claimed his second from the penalty spot.

Aware of that result, Connah’s Quay forward Jamie Insall settled any apprehensions at the Deeside Stadium in the 10th minute, as Declan Poole’s delivery from the right found its way through the Caernarfon goalmouth for Insall to turn the ball in.

Having already thwarted The New Saints’ title hopes in recent weeks, Caernarfon have shown they are not prepared to throw the towel in against the stronger sides in the league and so it proved again as Huw Griffiths’ team remained combative and resilient in their attempts to keep Connah’s Quay at bay whilst also trying to carve out openings themselves.

It took a fortunate break for Connah’s Quay to grasp control of a game that was threatening to get away from them. Caernarfon’s Lewis Brass came out of his area to sweep up a loose ball, taking a swing and miss on a failed clearance attempt as incoming Insall went to ground. Brass was issued a straight red by Thomas Owen although replays showed contact between the two players was minimal at best, if at all.

Connah’s Quay immediately capitalised on the decision when Kris Owen crashed the resulting free-kick off the upright with Aron Williams bundling the ball from inside the crowded goalmouth.

If Connah’s Quay do go on to reclaim the title, then this incident along with the penalty decision that allowed them to equalise against Barry Town last week, as key decisions that have fortuitously gone the Nomads’ way in their run-in.

That is not to say Connah’s Quay lack quality however, and their third of the afternoon was a finish worthy of any level of the game, as Callum Morris stroked the ball into the top corner with the side of his foot from the edge of the box.

With the contest settled, there was still time for Morris, arguably Connah’s Quay’s best player this season, to show another glimpse of his quality, working his way into space before pulling the trigger and firing into the bottom corner.

Elsewhere, Bala Town snatched a late win against Penybont thanks to a last minute header from Nathan Peate.

Newtown booked their play-off place by finishing top of the Play-Off Conference after picking up the win they needed against Haverfordwest County.

Tyrone Ofori again got the early goal for the Robins, striking inside the opening two minutes before Ben Fawcett levelled for County in the 18th minute. Shane Sutton’s headed effort restored Newtown’s lead to set-up an intriguing play-off tie with fourth-placed Penybont.

In the remaining games, Flint Town United and Aberystwyth Town were both reduced to 10-men in the first-half of their goalless draw at the Essity Stadium.

Cefn Druids crashed to yet another heavy defeat, this time to Cardiff Met. The students raced into a four-goal lead after Oli Hulbert, Lewis Rees, Eliot Evans and Tom Price were all on target in the opening half-hour. Eliot Evans notched his 50th top-flight goal from the penalty-spot with the game effectively over by half-time. Craig Davies netted a sixth for the Archers five minutes from time.