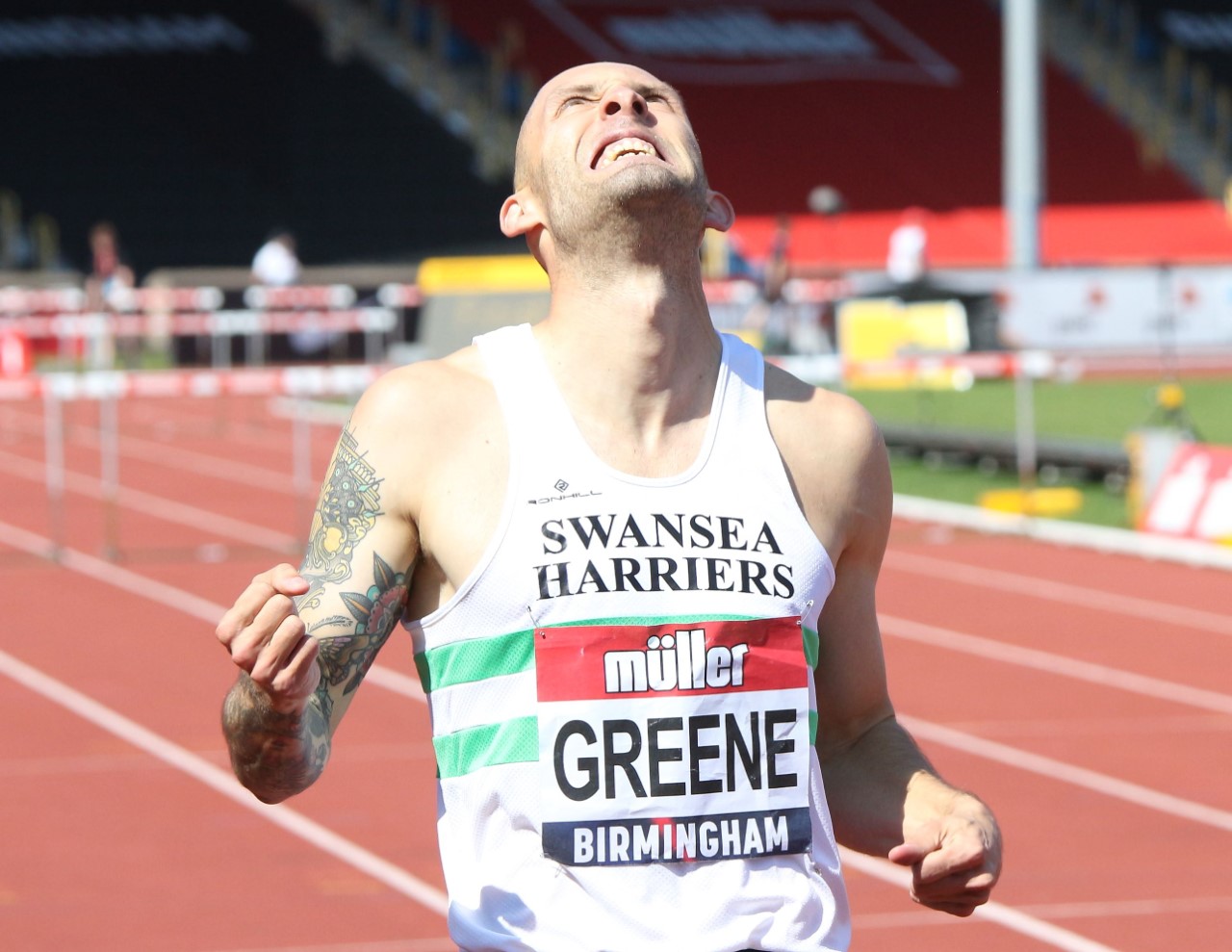 Hurdler Dai Greene and steeplechaser Ieuan Thomas will each spend the next week searching for races in order to achieve the qualifying times for the World Athletics Championships in Doha.

The Welsh duo both claimed top three places at the British Athletics Championships in Birmingham on Saturday, putting them in contention for the Great Britain team.

Now they must each clock their respective event’s qualifying standards by the midnight deadline on Sunday, September 1 in order to be in with a chance of automatic selection.

Former 400 hurdle World Champion Greene produced a season’s best performance of 49.67 only to be agonisingly caught on the line after leading from the gun.

The Swansea Harrier’s season has been dogged by injury, meaning Saturday’s heat and Sunday’s final were only his third and fourth competitive races of the season.

But Greene produced a superb first three hundred metres to lead coming into the home straight, only for the hip injury which has hampered his season to take its toll allowing Jacob Paul to catch him on the line and claim gold by a tenth of a second.

The 33-year-old told Dai Sport after the race, “I got to hurdle six really easily today while yesterday I felt like I was going flat out.

“But at the same time you could see by the end I was dropping off, I wouldn’t usually drop off that much at the end. That’s not a lack of fitness, it’s a lack of function around the hip.”

The silver medal means Greene will gain automatic selection for Doha if he can gain the qualifying standard of 49.30.

“Physically I know I’ve got it in me if the hip is fully functional but it hasn’t been functional for a long while,” said Greene.

“But I do know that last week I couldn’t get a sniff of any decent races given the standard that I’d run so far.

“Maybe I’ve offered myself a better chance now, but it’s unlikely. These kind of races tend to fill up a long time before and a race director in another country isn’t going to care about me, he’s going to care about filling his race. He doesn’t care whether I make the British team or not.

“So, it’s up to me find a race – maybe somewhere domestic where I can go out and put in a good time in good conditions.”

Fellow Welshman Thomas is in a similar position after he claimed bronze in the 3000m steeplechase behind Doha-bound Zak Seddon and Phil Norman, who also needs the qualifying time.

Thomas, who represented Great Britain at the last World Championships, said: “Now I have to find something to hunt to give myself the best chance of making the Doha team.

“I really hope that Phil (Norman) is considered because he’s running really well and hopefully I can hunt for the third place.”

Despite failing to achieve the qualifying time of 8:29.00, Thomas was delighted to claim the bronze medal in sweltering conditions after a difficult season.

“It’s been a tough season because we started late and racing hadn’t been going great but I came out and performed when it mattered and you don’t realise how tough the conditions are. All respect to the sprinters for battling it out in those conditions.

“We get a water jump and a bit of cooling every lap or so, but the 3000m steeple takes it out of you.”