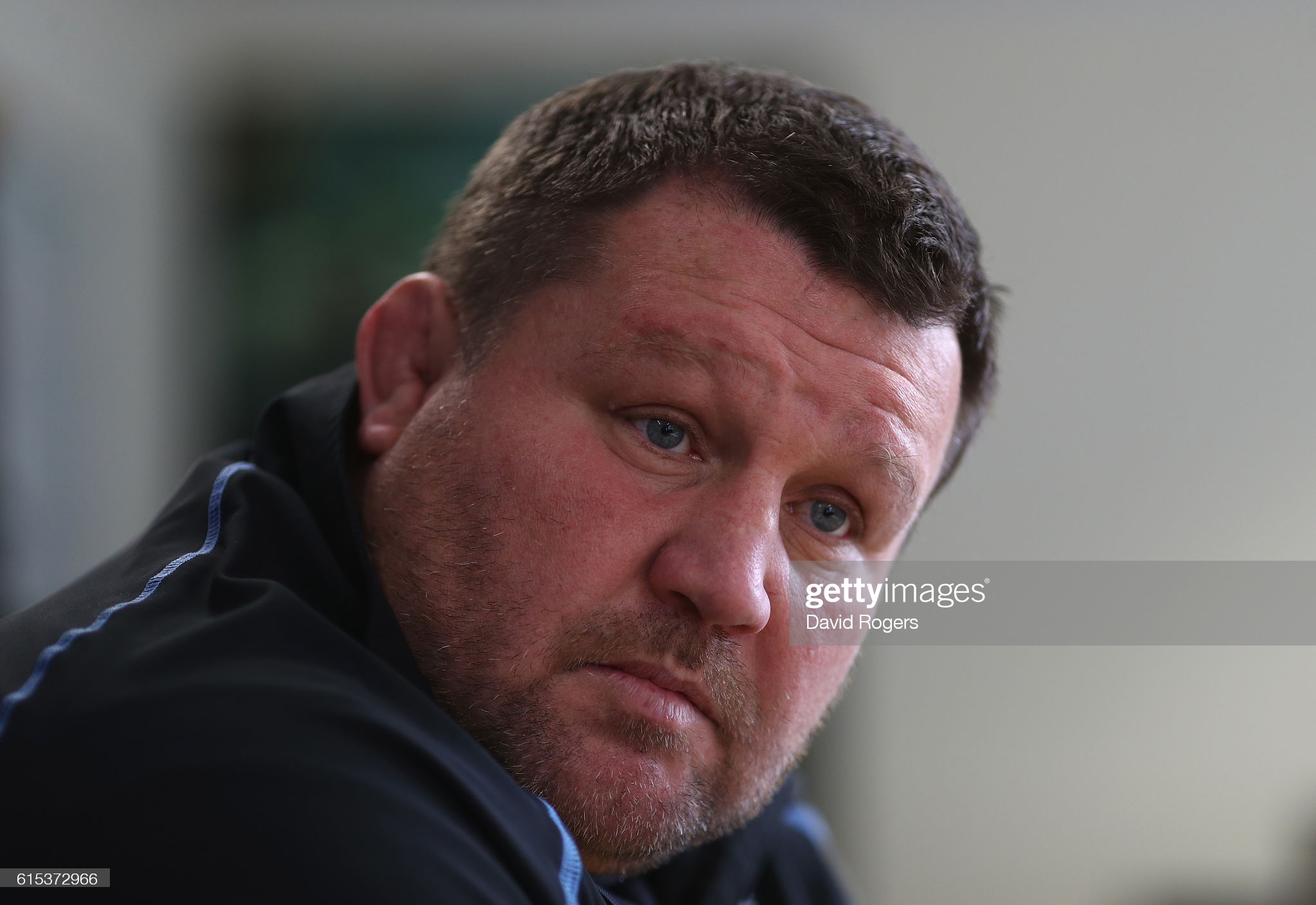 Dai Young has admitted he was left burnt by 16 years of non-stop coaching, but still believes there is enough fuel left in his tank to ignite Cardiff Blues.

The new director of rugby at the Arms Park has only been appointed on an interim basis until the end of the season.

But after just a week back in his former seat of power, Young has revealed he plans being around for another long haul if things go according to plan.

“Both myself and the club have ventured into this agreement with an understanding that if they like the look of me, and I like the look of them, then there’s something that we would certainly be looking to progress,” said the former Wales captain.

“In an ideal world, yes, but you know, only time will tell and I think both parties are not going to rush into it too much.”

Young will take charge of his first match in control when the Blues meet the Scarlets in Llanelli on Friday night in a re-arranged Guinness Pro 14 fixture.

It will be the first time he has overseen preparations for a match – or had any real input into rugby because of the pandemic – since he left his job at Wasps 11 months ago.

Young followed eight years in his first Cardiff stint by eight more at Wasps and his time at the club saw them relocate from High Wycombe to Coventry’s Ricoh Arena.

“Sixteen years as a director of rugby does take its toll. I needed a break because I did feel a little bit burnt out if I’m honest,” says the man who has replaced John Mulvihill.

“I needed a little bit of time to recharge the batteries. It was hugely worthwhile for me. I’ve never, been out of work before so you do value how lucky you are when you’re working in a sport you love.

“I’m still a Wasps fan and there are no grudges from me.”

The former British & Irish Lion led Wasps to the Premiership play-offs for three straight years between 2016 and 2018. They lost the final to Exeter Chiefs in 2017.

Young was succeeded as Wasps boss by his former assistant Lee Blackett who took the team to last year’s Premiership final where they were again beaten by Exeter.

“To be honest it wasn’t that bruising,” said Young of his Wasps departure. “When managers, coaches or directors of rugby leave, we all want it to be a bit juicier than it tends to be.

“We really felt after nine years it needed freshening up. When Saracens were pretty much relegated it became very evident it was the right time to do it.

“I’ve got nothing but fond memories of Wasps. My overriding disappointment is I haven’t been able to go back. When they got to the final of course I would have loved to have been a part of that. But I felt vindicated because I signed all that squad and it was great to see them do what they can do.”

Now back at Cardiff, the 53-year-old knows he has a big task on his hands. He is frank in his assessment that his squad is way off the standard of being able to compete seriously in Europe, but would like to improve matters so that they’re able to challenge for the Pro14 play-offs.

That could well involve bringing in some new faces, although he does not expect there to be much money flying around when it comes to recruitment.

“I don’t think there’s much money to spend in rugby as a whole at present, not just in the case of Cardiff Blues. It’s tough times.”

So, Young will rely on what he sees in front of him – a squad that is youthful and has potential, but is also lacking in some key areas.

“I see a lot of talent. I think the challenge is up front and I think everybody recognises where the challenges are.

“If you look at the front five, there are a lot of young players there. But there’s a lot of scope for them to improve and develop.

“I think everyone recognises where the strength is at the minute and that is obviously behind the scrum – we’ve got a lot of game changers there. I suppose the challenge is really giving them the ball so they can do their stuff.”

First Dai Young press conference as Cardiff Blues interim DOR. Among several other things he confirms Ellis Jenkins is “pretty much injury free” and “right on the point of getting back.” Josh Navidi very close to a return too.

Young is clear he believes he can keep young outside-half Jarrod Evans at the Blues. The Wales hopeful is out of contract at the end of the season and has attracted the interest of several English clubs.

“I have only had a rugby chat with Jarrod at the moment and told him how important he is. I’ll do my best for the Blues, whether I’m here for six months or longer.

“But certainly if it was a longer project, Jarrod would certainly be one guy whose arm I would be twisting very firmly. I’d want him to sing on the dotted line and stay.

“I don’t see any reason why he should leave. He’s on the on the point of being a regular in the Wales squad. We just need to demonstrate that we can help him get over that line.”

Nor does Young think the Blues will be too far behind what he was used to at Wasps when the club are able to get back into their Arms Park home – at least in terms of back-up and resources.

“They are well resourced, on and off the field. That was important. I think they have got quality heads of department with sufficient number in both the physio department and in the conditioning department.

“To make sure that the preparation for the players is what it needs to needs to be, it’s all there but the facilities issue has been difficult over this period, mainly because of the pandemic.

“It took over the Arms Park, pretty much, but there are positive discussions on that.

“The main issues will probably the same as when I was here before. I think the big challenges are around the international games, when are the games and how many players are you going to lose?”

After appearing wearied by rugby at the close of his time with Wasps, there appears to be a renewed enthusiasm on Young’s part to roll up his sleeves again at the club where he built his reputation as a coach.

“When you have worked for 16 years in sport and then you stop, you realise how much you miss everything about it. You also realise that little things that used to aggravate you are not worth the worry.

“Being back here  – it’s very different, but in some ways very much the same. It’s not something I could have envisaged 10 months ago, but I’m enjoying being back.

“It’s been pretty much 10 years since I was last here and both me and the club have ventured into this with an idea we would like the relationship to continue.”