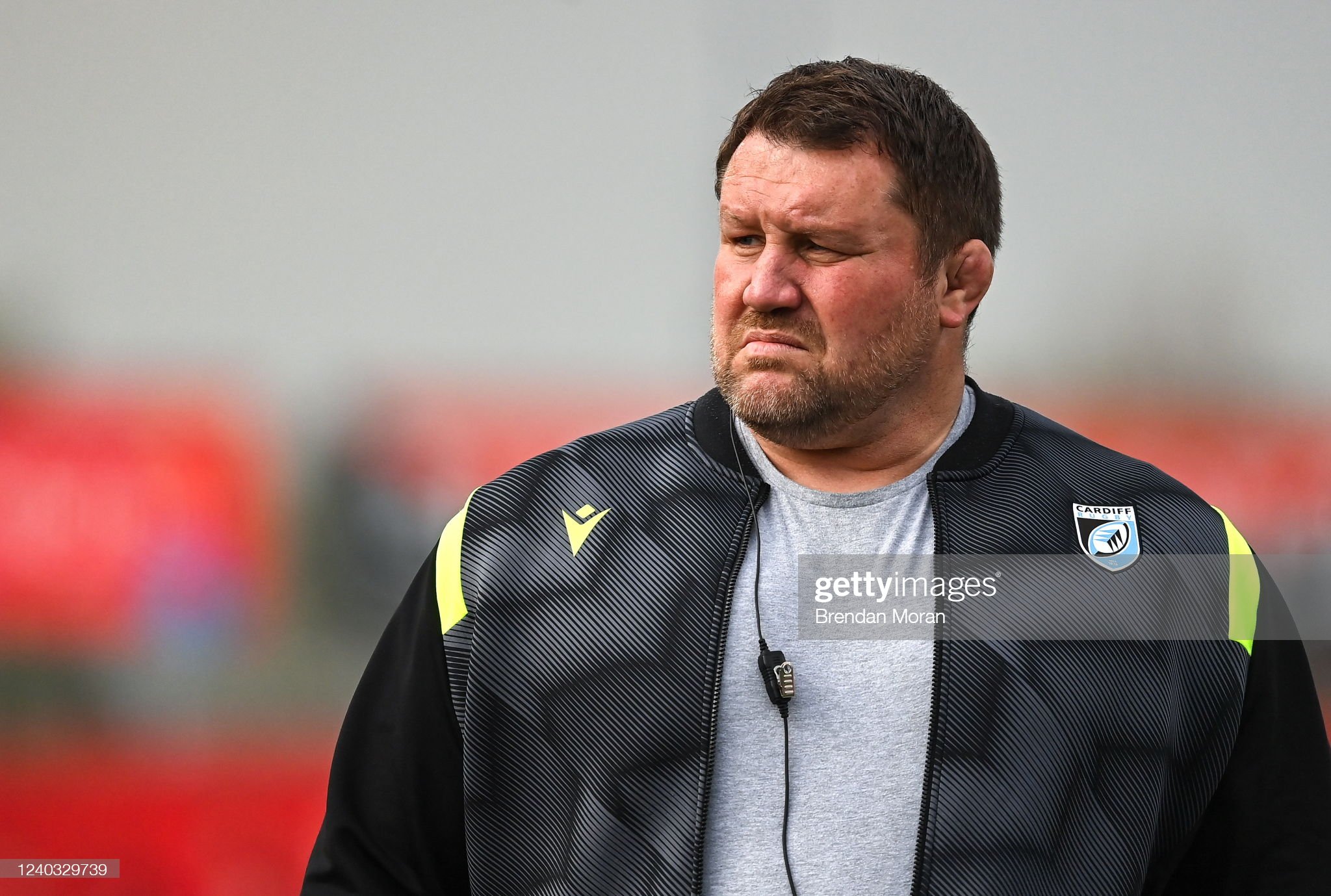 Finding themselves under stress back in the kitchen, Cardiff’s resilience and determination in serving up a win over the Scarlets last weekend pleased Dai Young – but the club’s director of rugby knows there are still plenty of issues front of house.

A second victory of the season moved Cardiff up to 10th in the URC table and lifted some of the clouds that had gathered over the Arms Park after a stormy few days.

But the allegations of poor behaviour levelled at some players might not have raised so many hackles among supporters had they come after relative success on the field.

Instead – as Young knows – the team had lost at home to the Lions before the claims were made and under-achievement over a longer period had become the accepted norm, long before he returned to the Arms Park.

Cardiff have endured a barren few years and have been plagued by inconsistency with notable home victories often followed by heavy losses on the road.

Young has been at the helm since the club parted ways with John Mulvihill over a year ago. This is his second stint in the Welsh capital with his first shot at the job coinciding with a period of sustained success after a bumpy start.

But the professional rugby landscape in Wales is a lot bleaker nowadays than when he packed his bags for Wasps a decade ago.

🎙 Rhys Priestland says it was crucial that Cardiff showed their fighting spirit during Saturday’s BKT @URCOfficial win over Scarlets.

Young has inherited a squad which includes a host of senior Wales internationals but also players who have failed to convince they are of the required standard for professional rugby.

The lack of leadership within the squad has led to a soft underbelly developing within the overall culture of the club but Young has been almost powerless to change that despite his best efforts.

This has not only been in evidence on the field where the famous Welsh club have shipped 69 points, 49 points, and 52 points to Benetton, the Scarlets, and Glasgow over the past six months but also away from the pitch.

The previous week to the win at Parc y Scarlets it was alleged a group of players threatened staff and threw eggs during a night out at a local pub with the club undertaking a thorough investigation after receiving complaints.

Throughout his coaching career Young has demanded the highest of standards from his squad both on and off the field. The 55-year-old is an old school rugby coach who wants his players to take accountability for their actions.

“Cultural values are important,” insists the former Wales and British & Irish Lions prop. “Every side has got their pillars; one being respect.

That Scarlets – Cardiff match was a poor advert for Welsh rugby. If you’re a Cardiff fan then you’re delighted with the result but if we’re trying to get more punters through the gates, that game does no favours whatsoever. Turgid stuff #BKTURC

“When you look at cultures you are talking about high standards, and high work rate. With regards leadership on the field, it starts off the field with the leadership in the week within training and making sure you are driving standards off the pitch as well as on it.

“That’s something we talk about game after game which is our emotional energy. If one or two things go wrong, you can see the energy drain out of the team.

“That’s something that we keep on addressing and looking to build on. That’s the time you need your leaders to step up and lead the way for us.”

Due to the absence of a football style transfer market, it is very difficult for a coach in professional rugby to put a squad together in a short period of time.

Yes, Young has recruited Wales and Lions stars Taulupe Faletau and Liam Williams from Bath and the Scarlets, along with his son Thomas from former club Wasps.

All are quality recruits, but the spine of the squad needs major surgery with a soft underbelly up-front along with their fragility in defence holding them back.

During previous time at the helm there were an abundance of leaders in his squad with former All Blacks No. 8 Xavier Rush still considered the most inspired overseas signing in Welsh rugby history.

This isn’t lost on Young who insists he is desperate to add that leadership to this current squad.

“We haven’t got too many natural leaders at this moment in time to be totally honest,” said Young.

“There’s a lot of people who are born as natural leaders or you can develop them. We are in a position at the minute where we don’t feel we’ve got too many natural leaders.

“We’ve got to try to develop them. If you look at where we’ve been previously where you’ve had the likes of Gethin Jenkins, Matthew Rees, Nick Williams, Sam Warburton and Gareth Anscombe we had ready-made leaders.

“Since those guys have moved on, we haven’t really replaced them with the same type of calibre who are going to lead. We are in a position where we believe we’ve got to develop leaders.”

The majority of professional clubs are now planning their recruitment and retention for next season.

It’s stating the obvious to say Young has targeted adding experience and physicality to his squad, but he, along with the other three regional coaches, are working with one hand tied behind their backs.

Felt like a long old night at Parc y Scarlets.

Dwayne Peel’s side are so glaringly low on confidence. Kicking everything and reverting to basic rugby in the red zone.

Cardiff ground it out in a forgettable derby.https://t.co/sLleRvITwA

Cardiff, Dragons RFC, Ospreys, and Scarlets are desperately trying to thrash out a long-term funding deal with the Welsh Rugby Union which will secure the future of professional rugby in Wales in the short term.

The game is at a financial precipice with the very future of Wales’ four professional sides in the balance if a deal cannot be struck.

And Young admits the current situation is a hindrance to his plans of transforming Cardiff into a competitive outfit again.

“When we do look to recruit leadership would be something we look at,” he said.

“We need to bring players in that can help the leadership group, and that would be very important.

“We need to add quality to the first team and not the squad. If we do recruit, we need them to be starters and not squad players.

“Within that I think they need to be leaders. That would be something we look to do.