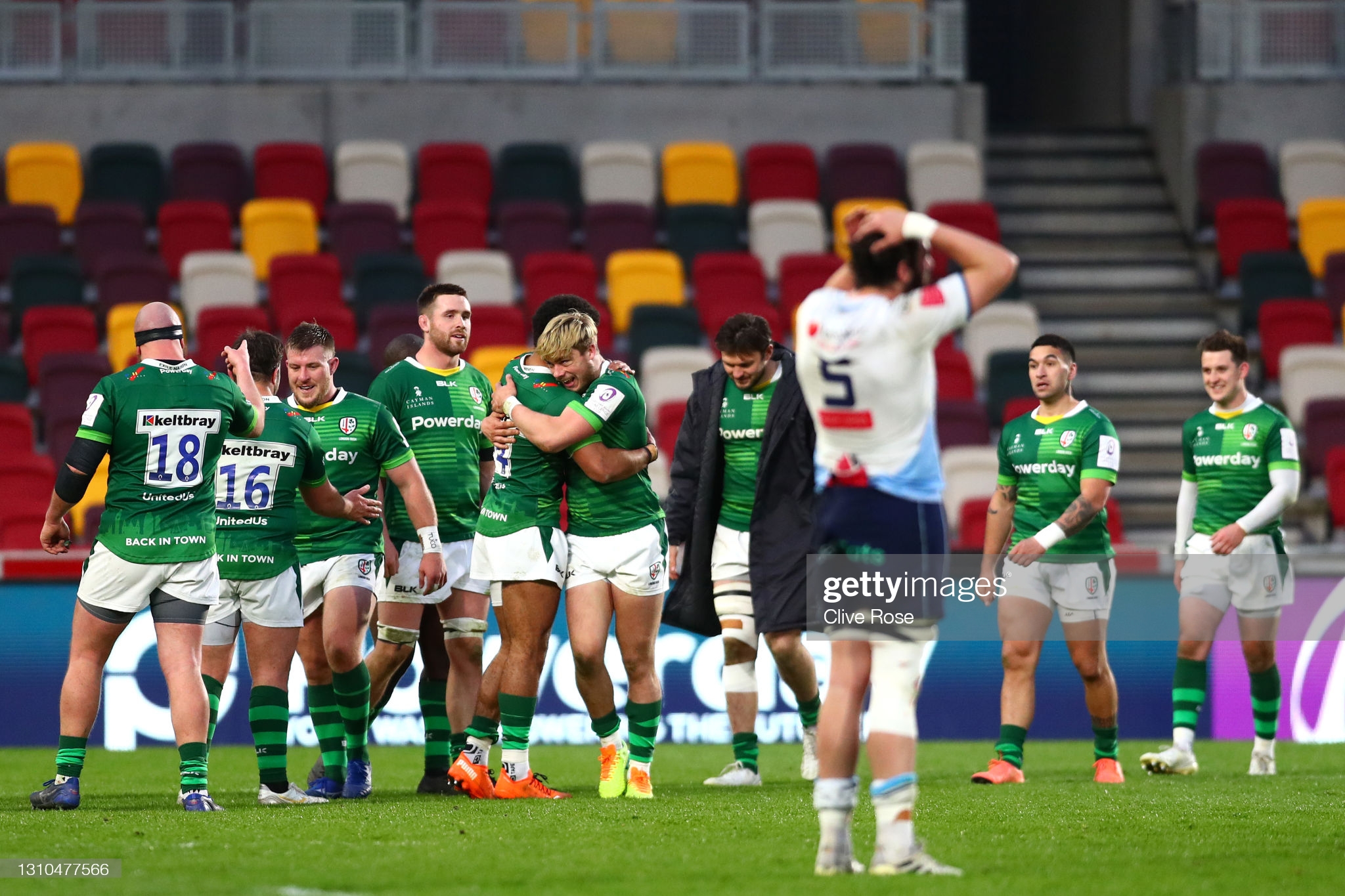 Dai Young has admitted Cardiff Blues have only themselves to blame for the defeat that ended hopes of a quarter-final place in Europe.

The Blues’ director of rugby has told his players they need to learn from crucial errors – including missed tackles – after they collapsed late on to lose their European Challenge Cup tie at London Irish.

Despite being down to 14 men, Irish came from 32-20 down to win 41-35 and leave the Blues with nothing left to play in this season apart from the new Rainbow Cup.

“When you get to periods in the game where you have a commanding lead and a bit of a cushion of points, you have to close them out,” said Young.

“Something we pride ourselves on is our defence. It’s something that has been strong. But if you look at a lot of their tries, there were a lot of missed tackles by people who usually make those tackles. I’m very disappointed with that aspect.

“We knew you get one chance and today we can only look at ourselves. We did enough to win that game against a very good team and we should have come away with the result but we didn’t.

“We didn’t take that chance and we have to wait another 12 months for another.

“We are hurting a lot but we have to take that hurt and do something about it. That means learning from critical moments in the game where we have to do better.

“I’ve been here for four or five games now and it’s happened a couple of times. We have had five minute periods where we need to nail the game and it’s gone away from us. That is a big learning factor for us.”

Jarrod Evans’ drop-goal put the Blues back into a 35-34 lead with time ticking away, but Irish broke the length of the field with centre Curtis Rona finishing in style.

Declan Kidney’s side were forced to play the majority of the second half with 14 men after prop Will Goodrick-Clarke was sent off.

But Irish pulled victory out of the bag with a flurry of late tries to book a quarter-final trip to the Recreation Ground to face Bath.

“Even right at the end we got our noses in front, there’s two minutes to go and we didn’t handle that period very well.

“We gave away a penalty, which I don’t necessarily agree with, which gave them the ball back and the opportunity to score the try.

“There were a lot of good aspects, we took them on up front, driving line out and the scrum was good, we were patient behind and played the right areas on occasions and some good attacking stuff on occasions but we need to know how to win a game and that has alluded us.

“The boys are really disappointed but disappointed in ourselves because we did a lot of good work there and should have come away with the result.”

But Ollie Hassell-Collins scored two tries for Irish, who also had Ben Loader and Terrence Hepetema on the score sheet.