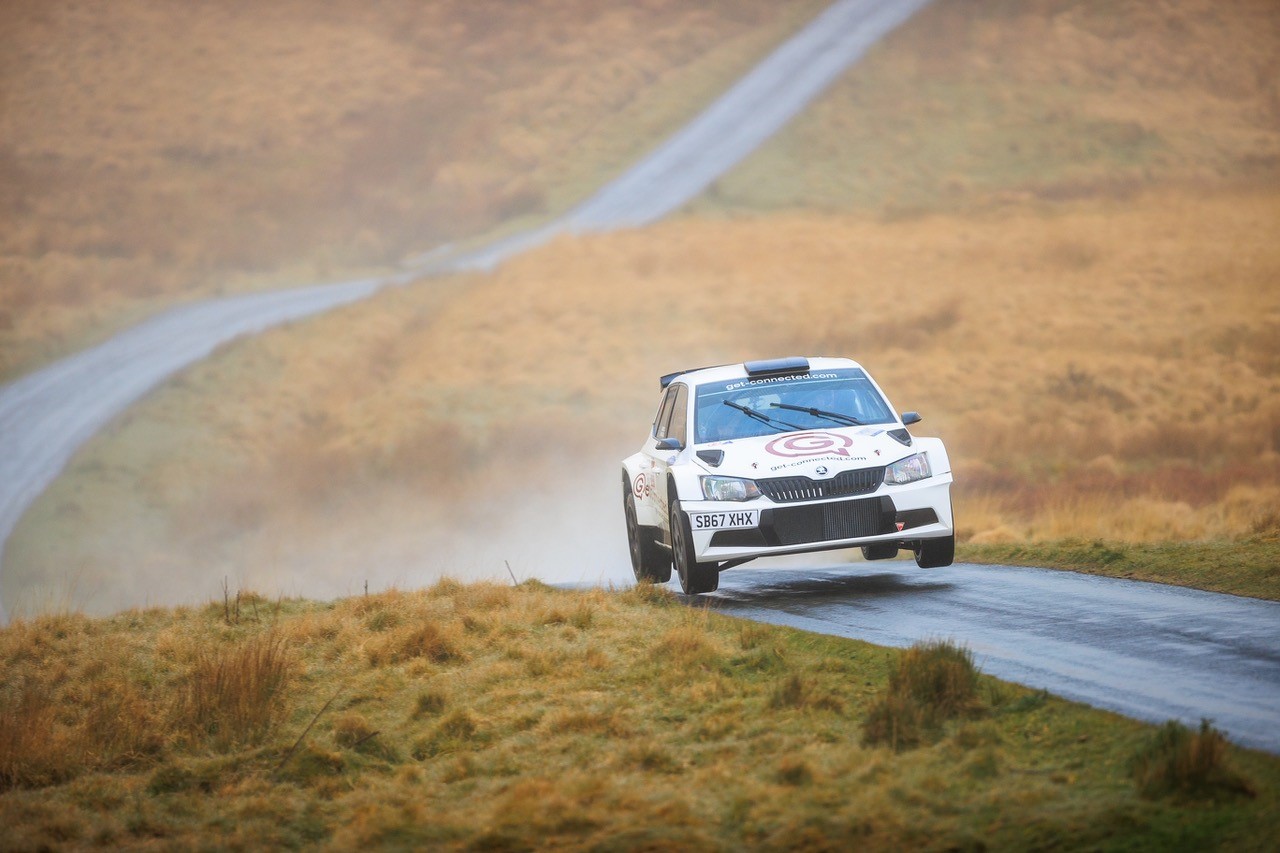 Damian Cole has set a new record for the greatest number of wins recorded by a driver over the famous Epynt military range when he won the RJ Matthews Haulage Dixies Challenge Rally on Sunday.

The record-breaking win was made all the more special as Cole was co-driven by his daughter Charlotte in their Get Connected Škoda Fabia R5+.

The Abergavenny driver had been tied on 23 wins with the late John Price ever since his last victory on Epynt, which was the Mewla Rally back in August 2019.

They were challenging Cole for victory until a slight off on SS8 cost them 14 seconds.

With just two stages remaining, James decided to easy off – content with second overall and victory in the historic section.

Anthony Morgan/Jonathan Hawkins managed to hold on to third in their Darrian T90 , despite a late charge from Thomas Cooper/Simon Anthony which saw the Mitsubishi Evo 9 crew finish just one second off the final podium position.

Toby Adam/Ian Meakin enjoyed a good drive to fifth in their Ford Escort Mk1, while Mike Williams/Tom Bishop completed the top six with a magnificent class winning drive in their MG ZR.

Experienced co-driver Ian Taylor jumped into the driver’s seat of a Mitsubishi Evo 6.

The Carmarthen man bravely started the event on slick tyres and promptly spun the car in the wet on SS2.

Having survived that and many more moments, he and his son Lee did brilliantly well to finish 11th overall.

Damian Cole Digs In For Victory At Caerwent

Richard Stepney hadn’t competed on Epynt for 25 years – but together with co-driver Dean Wiltshire he returned to win the road rally class in a BMW Compact.

“Chuffed to bits is an understatement,” said Stepney.