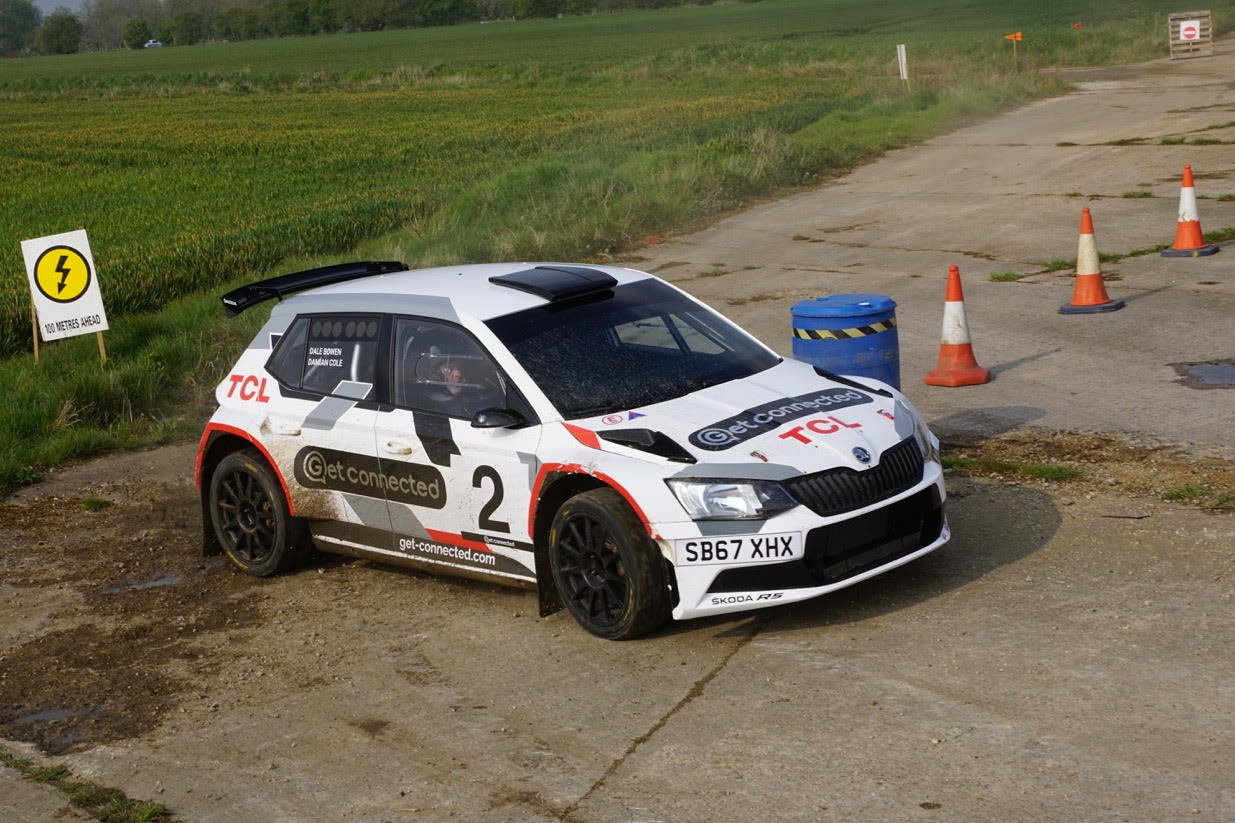 Damian Cole in action in his Skoda. Pic: Russ Otway

Damian Cole gave his ex-works Get Connected / TCL backed Škoda Fabia R5 an impressive rally debut at the weekend, when he finished second overall on the Corinium Stages at Down Ampney.

Covid-19 restrictions mean that rallying still isn’t permitted in Wales, so the Abergavenny ace was one of several drivers who popped over the border to Gloucestershire for the single venue asphalt event – which saw 68 cars take the start.

Cole was quickly into his stride, setting the third fastest time on the opening stage – despite having to get used to the new car’s balance, different gear shift system and five speed gearbox.

Co-driven by Dale Bowen, Cole got quicker and quicker as the event progressed – and after a spin on SS6, he set equal fastest time on SS7 and the outright fastest time on the eighth and final stage.

Cole will now continue to prepare for the opening round of the Protyre Motorsport UK Asphalt Rally Championship – the Old Forge Garage Mewla Rally on Epynt, providing Welsh government restrictions allow – as he aims to win the title for a seventh time.

“It was a good first event in the Škoda and it wasn’t a bad result having been away from rally competition, with the exception of two miles at Down Ampney last year, for eighteen months,” said Cole.