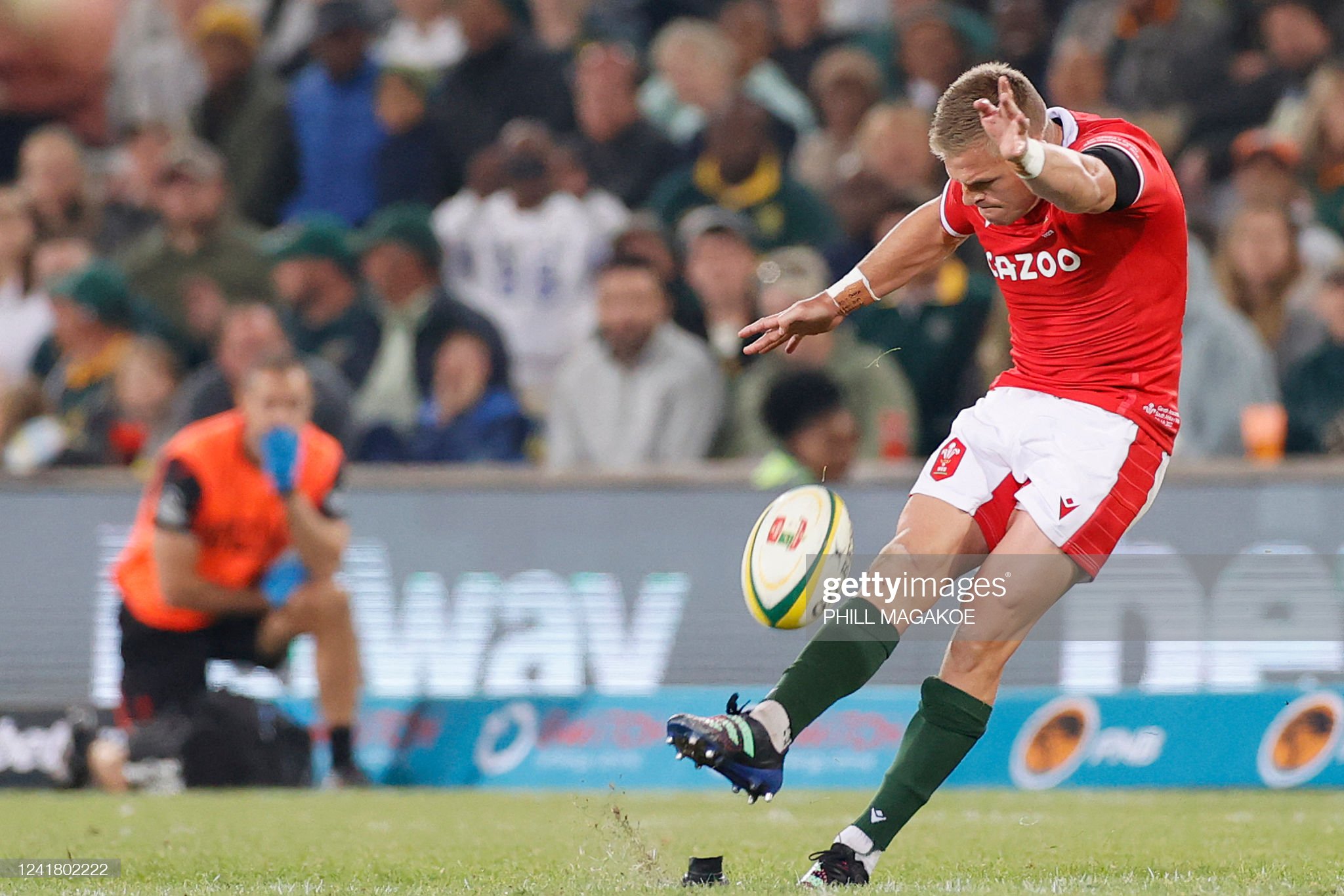 Dan Biggar has spoken of his admiration for his No.10 rival Gareth Anscombe after the Wales replacement kicked his team to a historic victory in South Africa.

It was Wales’ first win against the Springboks on South African soil, ending 58 years of hurt and arriving at the 12th attempt.

After suffering an agonising three-point defeat in last weekend’s series opener, Wayne Pivac’s team made no mistake at the second time of asking and set up a Cape Town decider next Saturday.

Josh Adams’ 78th-minute try was converted from the touchline by his fellow replacement Gareth Anscombe – who went on for Biggar early in the second half – as Wales levelled the series.

“We have earnt the right to enjoy this victory because it is a huge achievement,” Wales captain Biggar said.

What a brilliant comeback story for Gareth Anscombe. He feared he was finished a year ago. History-maker today. https://t.co/c4TrUIM65y

“There have been some very, very good Wales teams to have come here and been sent packing. We are a really tight-knit group, and everyone deserves a pat on the back.

“I mentioned before the game in my speech (to the players) that it was an easy job to be captain of this team because we have got a great group of guys who will roll their sleeves up and work their socks off.”

On Anscombe’s match-winning strike, Biggar added: “It was absolute character from him.

“I thought he was excellent when he went on, and from the minute it left his boot it looked good, so huge bottle from him and a huge effort.

“I am really pleased for him because he has had a difficult couple of years with injury. I am really proud of him, and Sam Wainwright on debut against a front row full of World Cup winners, it was exceptional from him.”

“I am a bit sore, so we will see how it pulls up tomorrow, but the last two minutes made it a little bit better,” Biggar said.

“I will be desperate to be involved next Saturday. Hopefully, it is just a bang and nothing more.”

Just over three months after losing at home to Italy, Wales stunned the world champions, with head coach Pivac masterminding a landmark triumph.

Pivac, though, deflected praise following one of the great Wales coaching feats in any sport.

“It is not about individuals, and I certainly don’t feel as though I have achieved anything more than anyone else in the group,” he said.

“These boys play the game, we prepare them and they go out there and they have got through some dark times in an 80-minute game. They did it and dug themselves out of a hole at 12-3 down and got a result we are all proud of.

“Our discipline was a lot better in the pressure moments in the final quarter, and then to hold out in that last scrum was a big moment as well. Young Sam Wainwright, on his debut, to go in and do such a good job, I am very pleased for him.

“We really wanted to create the history last week, and to not be able to do that the way it was was really frustrating. We took the feeling of last week into this week. I am very happy.

It will be an enjoyable week because there is something on the game and, in the past, I don’t think there has been. There is a lot to look forward to.”

Nienaber handed debuts to six players at the Toyota Stadium, and he said: “We said from the start (of the series) that we had a plan for 42 players.

“There was risk, but the answers you get out of it outweigh the risk.

“It’s good for the players to understand what a Test match intensity is like, what your accuracy levels have to be. The players would have learned a lot from that.

“We had guys playing their first Test match, guys in-form in different competitions all over the world, but Test matches are different and small margins cost you games.