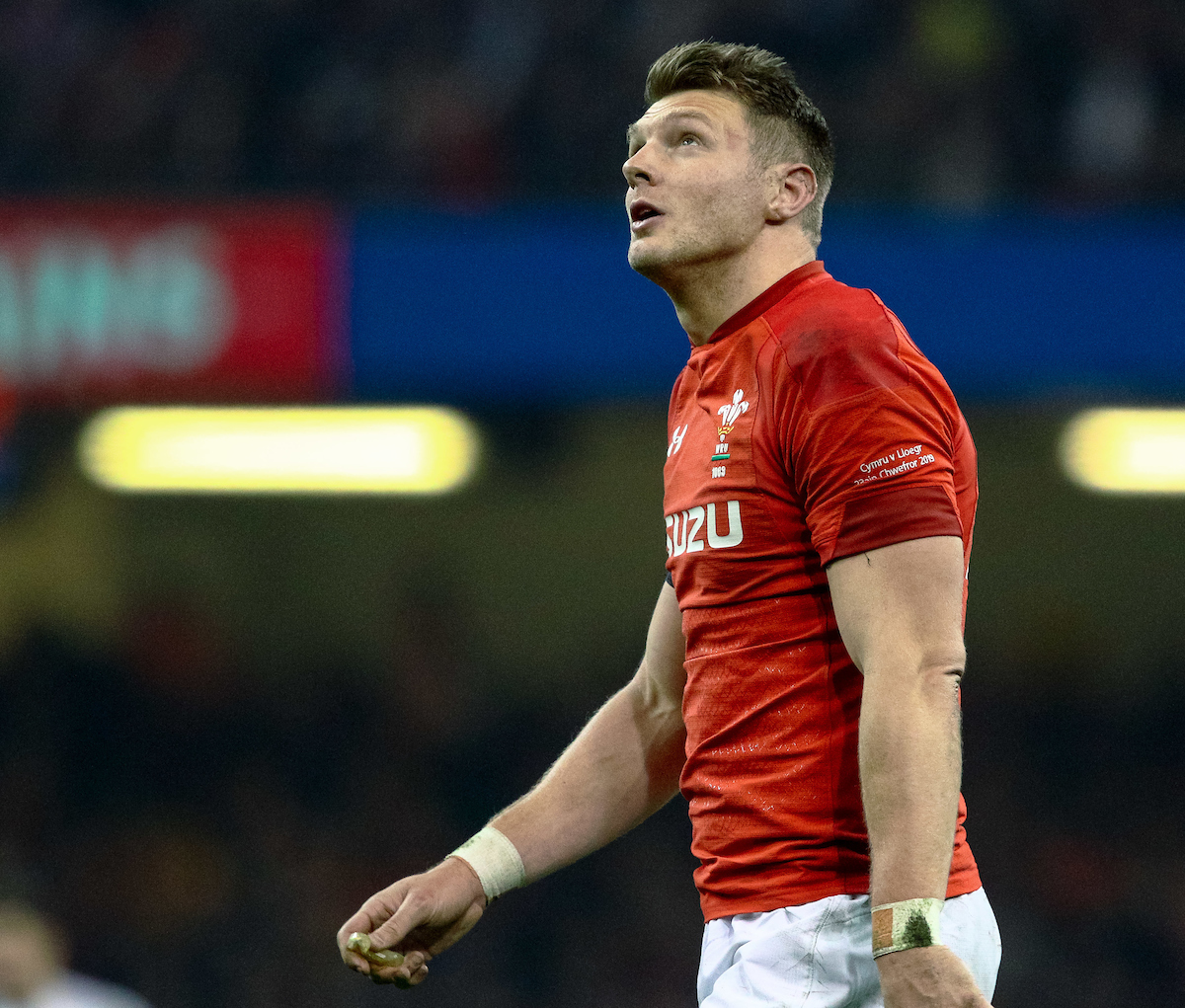 That’s the view of Biggar’s former Ospreys coach Sean Holley, who reckons the hugely experienced Toulon No.10 is the man Gatland will turn to for the upcoming Six Nations campaign.

Biggar missed the whole of the Autumn Nations series because of injury, which forced former Wales coach Wayne Pivac to hand the armband to Justin Tipuric.

There are at least eight realistic contenders to lead Wales into the tournament – some gnarled old, seen-it-all-before veterans like Alun Wyn Jones and Ken Owens, right through to young pups such as Jac Morgan and Dewi Lake.

But Holley believes Gatland will begin his second stint in charge of the national team by going for Biggar, rather than sticking with Tipuric.

That’s partly due, says Holley, to Biggar being more of a likely starting selection under Gatland than his rival.

“I think he will go with Dan as captain for the Six Nations,” says Holley, who helped nurture a young Biggar when he was head coach at the Ospreys..

“History tells you that under Warren Gatland, Justin probably wasn’t an automatic type of selection. It was Tips’ form and ability that more often forced Warren to pick him.

“He may look to a Jac Morgan or a Tommy Reffell-type player, who he likes in a back row, meaning with Taulupe Faletau and a natural blindside, Justin may miss out.

“I think Justin is absolutely world class with his all-round ability. But that consideration on selection makes me think Warren may opt to give the captaincy back to Dan.”

Biggar leads the charge to be selected as the new captain by Gatland. The 33-year-old fly-half is experienced, having won 102 caps for his country, was Gatland’s first choice No.10 on the 2021 Lions tour to South Africa, and has recent experience captaining the side, having taken the armband during Wayne Pivac’s tenure.

The glue to this Welsh team, Biggar will be a reassuring figure when he returns to the national side, with the team having missed his solid game management.

He will have a big role to play in helping Wales rediscover their form, knowing exactly what Gatland expects from everyone in the squad.

Jones is another player who could be in line for a return to the captaincy. The record 155-times capped lock has enjoyed a legendary career but having just 23 appearances as captain might keep that fire in his belly.

His experience is second to none. But the 37-year-old lost his starting place under Pivac and since he’s not getting any younger, Gatland may consider it a backward step to hand him the armband.

Tipuric is the most recent player to have had the honour of leadership. But the team has endured a difficult time, losing three out of their four games in the autumn.

Gatland – a three-time Grand Slam-winning coach – was not always the biggest advocate of Tipuric during his previous spell as Wales boss, often favouring Sam Warburton and Dan Lydiate.

So, will the Trebanos product still figure in the back row?

The Sheriff of Carmarthen, Owens is another experienced figure who might put his hand up to take on the role. Captain of the Scarlets since 2014, the 86-times capped hooker may have a decent shout.

He captained the British and Irish Lions, against the Blues, under Gatland during the 2017 tour to New Zealand, but injuries have plagued him over recent seasons and that may count against him.

If it was all about talent – and consistency – then Faletau would win this contest by a distance, such has been his world class contribution for over a decade.

With 95 caps for Wales, and five more for the British and Irish Lions, the Cardiff No.8 has seen it all, but he is not a vocal presence. As for the off-field media duties of national captaincy, then he’d probably rather stick pins in his eyes.

At the age of just 22, Morgan is probably an outside bet for the captaincy. But he’s the same age as Sam Warburton was when Gatland made him skipper, so don’t rule it out – especially if the Kiwi wants to make a statement about a new era.

The talented Ospreys back rower has been his country’s stand-out forward in recent months and has captaincy experience with Wales U20s.

Beard is another strong candidate and at the age of 27 would represent a middle ground between the oldies and the newbies.

His career is also on the rise, too, having ousted Alun Wyn Jones in recent times to be a regular second row starter alongside Will Rowlands.

Even more of an outsider than Jac Morgan, but Lake has a certain presence about him on the pitch that made BBC pundit Jonathan Davies predict he would soon be Wales captain.

The Ospreys hooker is dynamic, aggressive and ultra-competitive. He’s also led Wales at U20 level, but his line-out throwing has been patchy and Gatland may not want to overload his concerns at this stage.