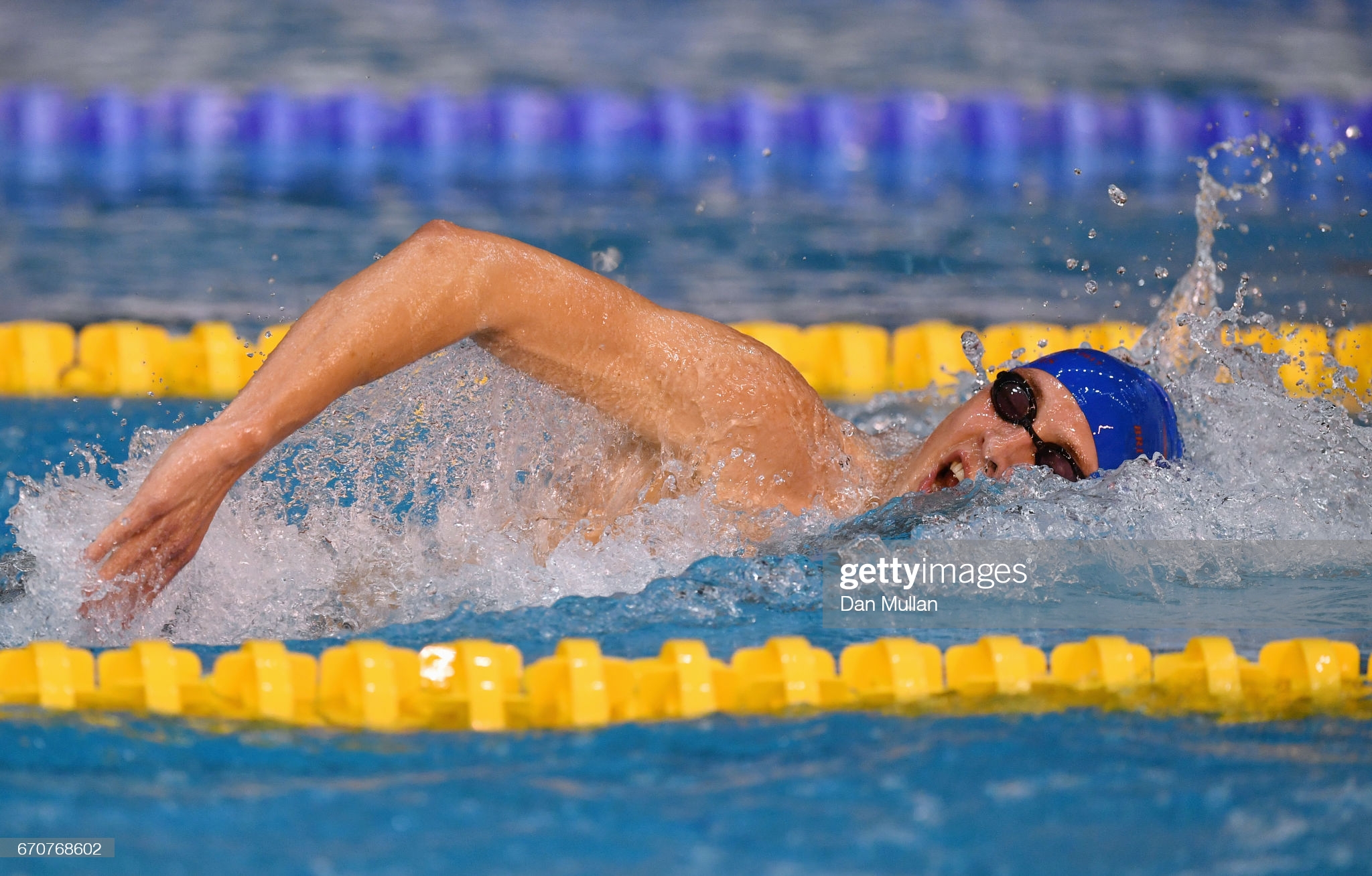 Welsh swimmers returned to competition last month, but it’s only a toe in the water ahead of the Olympic Games this summer and many more strange, new Covid-compliant races will be required before Tokyo, as Graham Thomas reports.

Dan Jervis has been praised for his immediate return to form but he and the rest of Welsh swimming’s elite need more competition.

That’s the call from Swim Wales performance director Ross Nicholas after Jervis, Georgia Davies and a number of other leading Welsh swimmers got back to racing in the pool at the recent Manchester International Swim Meet.

Jervis was the pick of the Welsh performances – recording the second fastest time in the world this season when he won the men’s 1500m freestyle in 14:58:05.

Harriet Jones also caught the eye, finishing third in the final of the women’s 50m butterfly to set a new Welsh record of 26:34 as well as a personal best in the 100m event. The City of Cardiff swimmer was just pipped to first place by Swedish athlete Louise Hansson.

Para swimmer Rhys Davies was also in action and took second place in the men’s 100m backstroke, behind Jordan Catchpole.

But with the British Championships in April in what is now an Olympic year – should Tokyo go ahead- and the Commonwealth Games to follow next year, then the need for more competition is obvious.

Manchester was the first meeting in the UK since lockdown and although training schedules for elite swimmers have been severely disrupted, Nicholas says the symbolic significance of swimmers being able to race again was huge.

“It’s obviously been a really challenging year and it’s hard to set expectations when you haven’t seen people race for 12 months,” says Nicholas.

“Dan Jervis and Harriet Jones were the standout performers for us, with pretty decent comeback performances from some of the other guys.

“Not all of our athletes got the chance to swim, but the importance was in the fact the event went ahead – albeit in a strange atmosphere of no spectators.

“There were some pretty robust Covid protocols and testing procedures in place. All of our swimmers were tested in Swansea before they went and then again when they arrived in Manchester.

“They were then operating within a bubble at their hotel and at the meet itself. The coaches didn’t have the same access to the swimmers as usual, so it was different.

“But the reality is that this is what we have to do to get competition up and running again at the moment and the truth is that if the Olympics goes ahead, then this is what it’s going to be like.”

Youngster Matt Richards also performed well in Manchester and even though Alys Thomas did not compete because of injury, Wales’ Olympic hopeful and Commonwealth champion is not far from fitness.

Thomas – the queen of the 200m butterfly at the Gold Coast in 2018 – has her sights on Tokyo and a first Olympic appearance and Nicholas believes she is still well on target to be there.

“Alys was not ready to race yet, but she’s training and she’ll be fine to compete again very soon.”

The question now is what comes next. British Swimming are hopeful of staging another event in March ahead of those domestic championships, with the most likely venue being a return to Manchester.

As for competition for the next generation of Welsh swimmers, below the current elite, then the picture is less certain with pools in Wales remaining closed apart from training for the elite grouping.

“I’d love to have a competition in Wales, but the fact is we only have 18 swimmers currently swimming in Wales, so it wouldn’t be much of a competition beyond time trials which we are doing anyway,” adds Nicholas.

“The numbers are restricted because pools are still not open, so if we did manage to put on a meeting we would need the support of the other home nations to provide some athletes.”

That next generation of leading Welsh swimmers are currently having to keep fit and train out of the water, with all the frustrations that entails.

That group have time on their side, in one sense, since none are likely to break through for Commonwealth Games selection for Birmingham next year.

But while all swimmers will be desperate to get into the water again as soon as possible, Nicholas has detected a change of mood compared to the first lockdown of last year.

“In the first lockdown, people were a bit more vocal about having to get pools open. Now, I think there is a more realistic attitude that we have to get this virus under control once and for all.

“There’s been a reality check that the need to is to get onto top of the pandemic permanently through the vaccinations and then we can get things opened on a more permanent basis.”