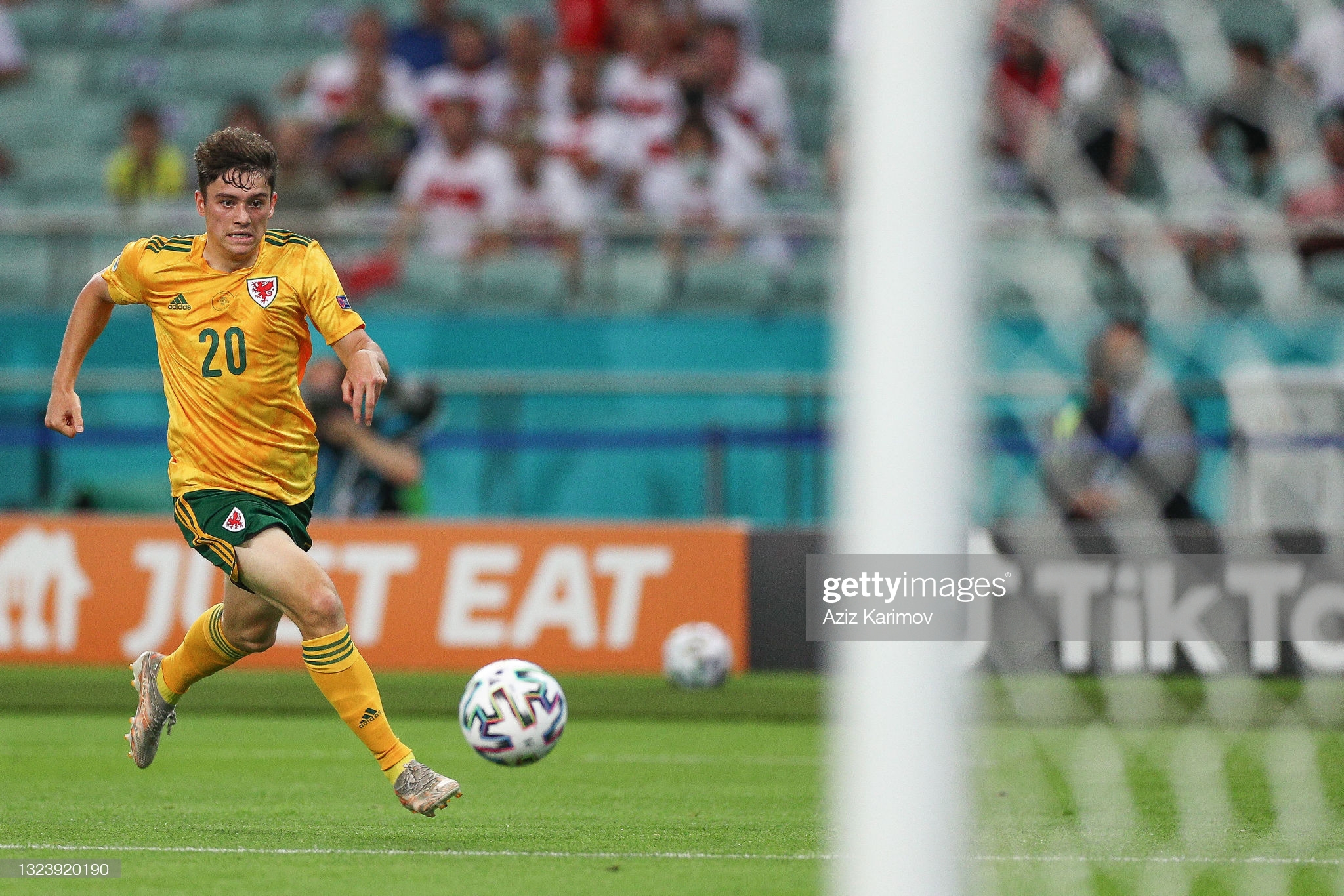 Daniel James insists Wales are capable of upsetting Italy at Euro 2020 and winning their group.

Wales are on the brink of making the last 16 of the tournament after beating Turkey 2-0 in Baku on Wednesday.

Italy, however, top Group A ahead of meeting Wales in Rome on Sunday, and have already qualified for the knockout phase after back-to-back 3-0 wins over Turkey and Switzerland.

The task facing Wales is underlined by the fact Italy are on a 29-match unbeaten run and have scored 59 goals in their past 19 games, conceding just three.

“They’re a great team with not a lot of weaknesses – and have had two great games,” said James, part of a Manchester United side that won a Europa League tie in March when beating AC Milan at the San Siro.

“They’ve got players like (Giorgio) Chiellini and (Leonardo) Bonucci, legends of the game who are coming towards the end of their career but still at the top level.

“They are the type of players you look up to, but we believe we can get a result.

“We’re full of confidence and we don’t go into any game playing for a draw.

“We want to win every game and we fully believe we can do that. We showed that in the past Euros and in our recent form.”

Wales are in fine fettle themselves having lost only once in their last 14 competitive games.

That defeat came away to Belgium, the world’s top ranked team, in a World Cup qualifier in March.

“They know we have threats, I don’t think they see us pushovers,” James said.

“They will do their analysis and be just as ready as we are. They’ve got the home advantage, but I don’t think that really matters.

“It was like a home game for Turkey (in Baku) with all their fans, but it was great to hear that noise again with the fans being back. It was something we’ve all missed as players.

“We’re underdogs, we’ve got nothing to lose going there. We don’t fear anyone and we truly believe we can go and win it.”

The fleet-footed James has been timed at 33.5 kilometres per hour at Euro 2020, making him the second fastest player at the tournament so far.

Only Italy full-back Leonardo Spinazzola, at 33.8 kilometres per hour, has been quicker than the Manchester United winger and the pair could be involved in a direct mouth-watering battle at the Stadio Olimpico.

Daniel James registered a speed of 33.5 km/h – the second highest at #EURO2020 so far. #MUFC pic.twitter.com/gQiD1Mxgqx

James has apologised to interim boss Robert Page for his angry reaction to being substituted against Switzerland moments after Kieffer Moore had equalised.

“I kind of saw the board late and I was just concentrating on getting the three points,” explained James.

“We’d just scored and adrenaline was high. Maybe I shouldn’t have reacted like that.

“I spoke to the manager after the game and I apologised to him.

“At the time I just wanted to play, pushing for the three points.

“We just had a laugh and joke about it. He said ‘I’d much rather you come off like that than be happy to come off.”