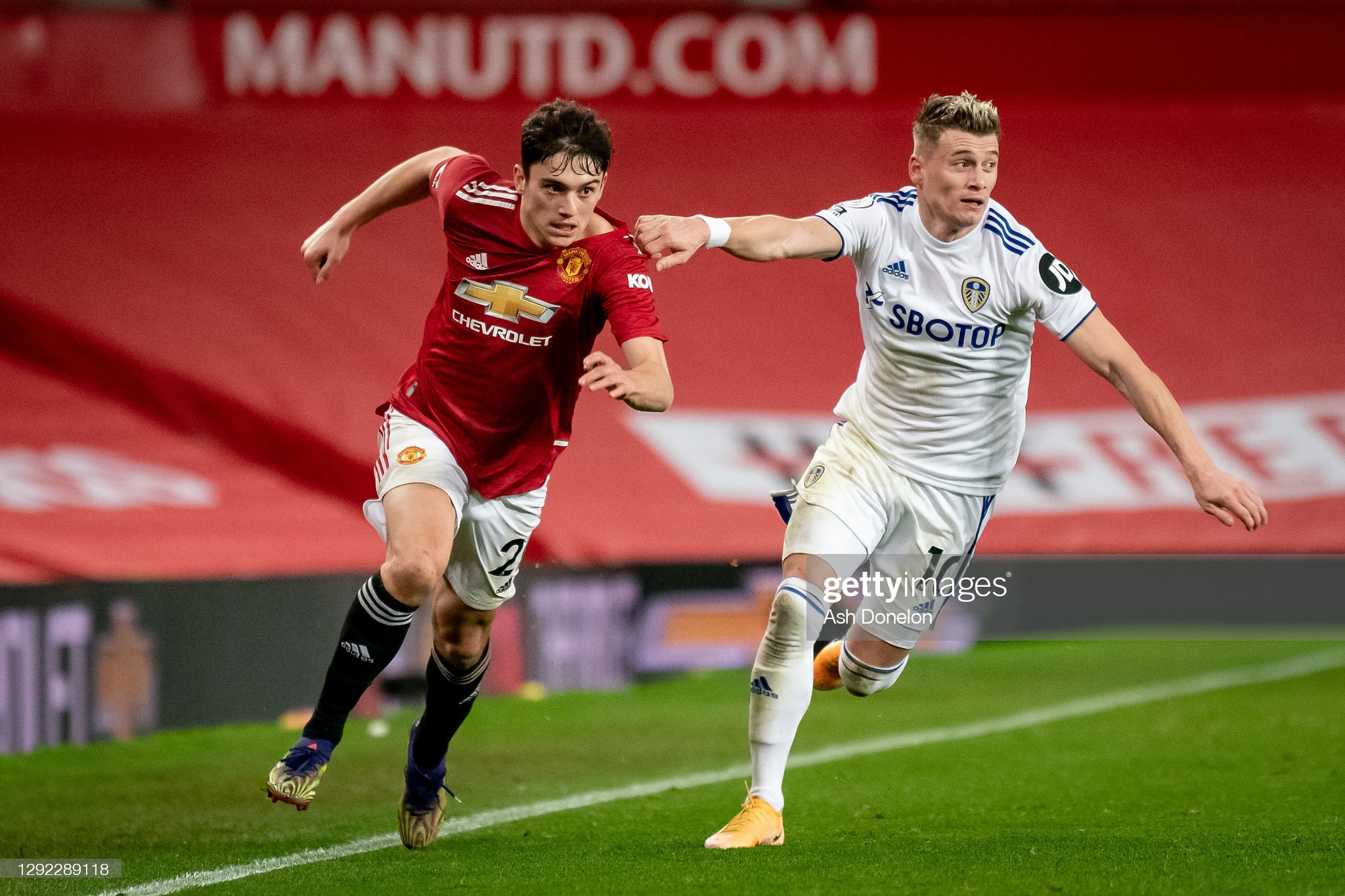 Daniel James has earned rich praise from Manchester United legend Roy Keane after the Wales winger’s role in his club’s 6-2 thrashing of Leeds.

James scored the fifth goal of United’s half dozen, against the club he was linked with ahead of the January transfer window.

James has endured a difficult year since his move from Swansea City to Old Trafford, but his pace caused Leeds so much anxiety that talk of him being allowed to leave United now they are a looming Premier League title threat seems unrealistic.

Keane told Sky Sports, “”Look at his face, it meant a lot to the kid and I’m delighted for him. Playing for Man United is not as easy as everyone thinks, there’s a lot of pressure.”

“Again, credit to (manager) Ole (Gunnar Solskjaer) – he probably thought it was gonna be his kind of game and it’s gonna be open. Going to United was a big move for him.”

James had not started for United in the Premier League for two months and there were those ready to write off his United career – predicting a move to Elland Road where he infamously saw a transfer from Swansea collapse two years ago.

That goal will provide a significant confidence boost to the former Swan, who has struggled to secure regular first-team opportunities this term.

Keane believes that it was a brave selection decision from Solskjaer and one that ultimately paid off, with his pace proving to be a thorn in the side of Leeds.

Keane added: “I think over the last few months they’ve been heavily criticised, particularly over the home record.

“I’ve been quite critical of the back four, the goalkeeper, questioning where this team is going, but the name of this game is proving people wrong. Maybe, just maybe, this group of players can do that.

“They’ve been winning games, and that’s all you can do. United are in a great position considering how slow they were out of the blocks. If United can get their house in order at home, there’s no reason why United can’t stay up there.

“I think Liverpool are still the best, but there’s no reason why United should be fancying their chances in terms of pushing Liverpool.”

United’s position in the league table for Christmas is their best since Sir Alex Ferguson departed. This time 12 months ago, they were just eighth, a mammoth 24 points shy of the summit.

“Manchester United were excellent,” added Keane. “What Leeds left for United was space. We always thought Leeds were there for the taking.

“It’s a big boost for United. Liverpool are still the strongest, but United could be the best of the rest.”