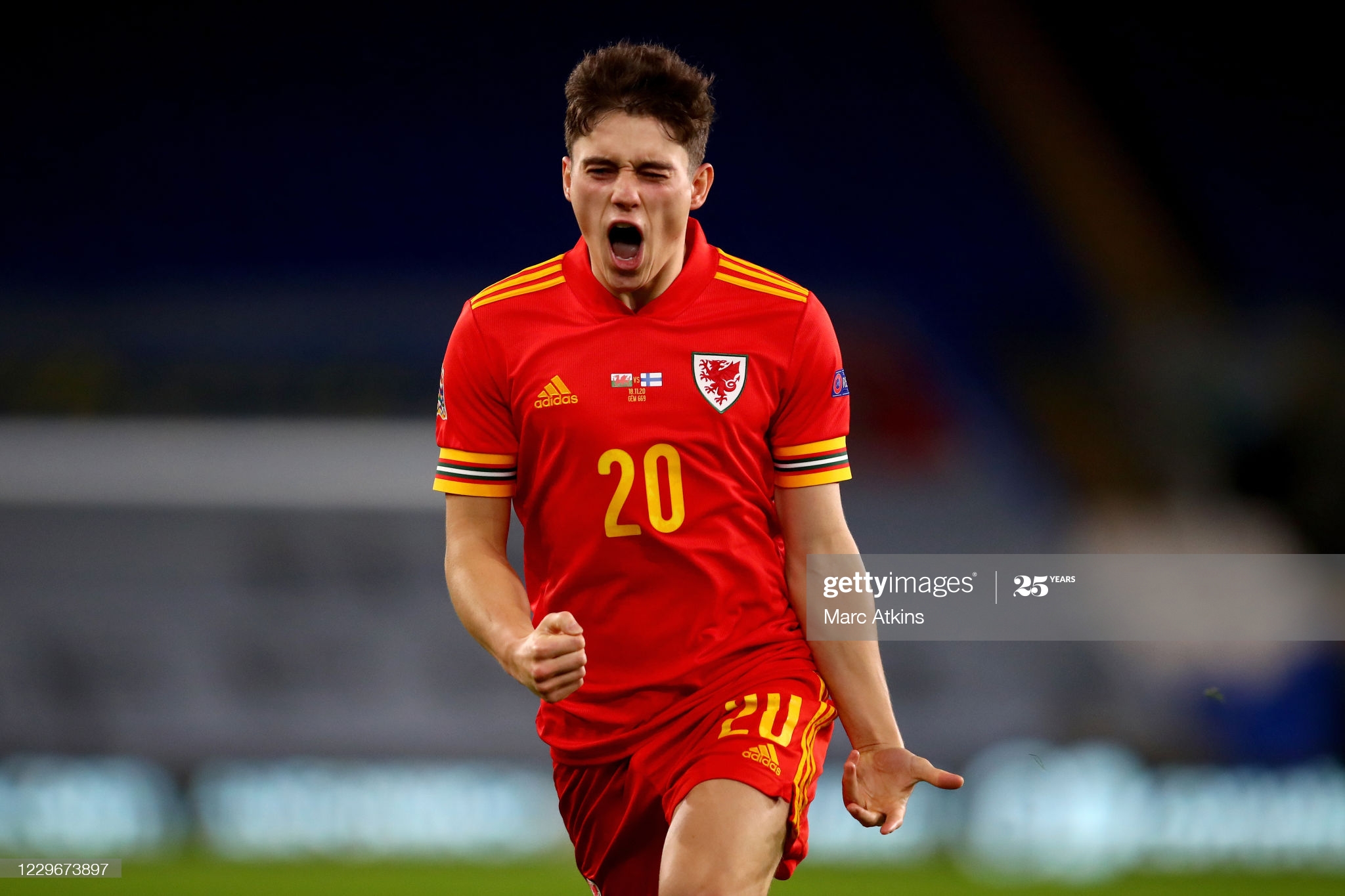 James made 46 appearances last term, but the 23-year-old found himself on the first-team fringes earlier this season and his Old Trafford future looked bleak.

But James has become a regular again for Ole Gunnar Solskjaer in recent weeks, starting eight of United’s last nine games before their weekend FA Cup defeat at Leicester City.

“There was speculation and talk in January he was going to move on,” said Page, who will again be standing in for the absent Ryan Giggs for Wales’ opening 2022 World Cup qualifier against Belgium on Wednesday night.

“But he decided not to because he saw the impact he had when he went there first and knew that form would come back.

“That is what you have to do with young players because they can show levels of inconsistency.

“He is back playing football at the top level and does not look out of place whatsoever.”

James almost joined Leeds in January 2019 before moving to Manchester, and the Yorkshire club’s interest in the 23-year-old reportedly resurfaced in the last transfer window.

But James decided to stay at Old Trafford and successive scoring appearances against Southampton, Real Sociedad and Newcastle last month took his goal tally for the season to five.

Page said: “He has now got himself back into the team and worked really hard to get back in there. He looks a threat everytime he plays.

“He has gone in to a huge club in Man United and has obviously impressed right from the start. He has played more or less every game, but with a young player you are going to get levels of inconsistency and you have to manage that.

“I think Man United have done that now. At the right time they have pulled him out.”

James is set to join skipper Gareth Bale and Kieffer Moore in the Wales forward line away to Belgium in Leuven on Wednesday.

Wales then have a Cardiff friendly against Mexico before the Czech republic  come to the Welsh capital for a World Cup qualifier.

“DJ played in the past even without playing minutes at club level,” Page said.

“But it is beneficial for us if you have players coming in who are playing week in, week out. He is back playing football at the top level and that is great for us.”

Wales have suffered a double defensive blow after Ben Davies and Tom Lockyer were ruled out due to injury.

Tottenham full-back Davies and Luton central defender Lockyer will miss Wednesday’s Group E clash in Leuven, as well as the upcoming matches against Mexico and the Czech Republic.

It is understood Davies has not recovered from a knock he picked up in Spurs’ 2-0 win over Aston Villa in the Premier League on Sunday, while Lockyer has not played since sustaining an ankle injury against Cardiff last month.

An  FAW statement said: “Ben Davies and Tom Lockyer have both withdrawn from the squad due to injury.”