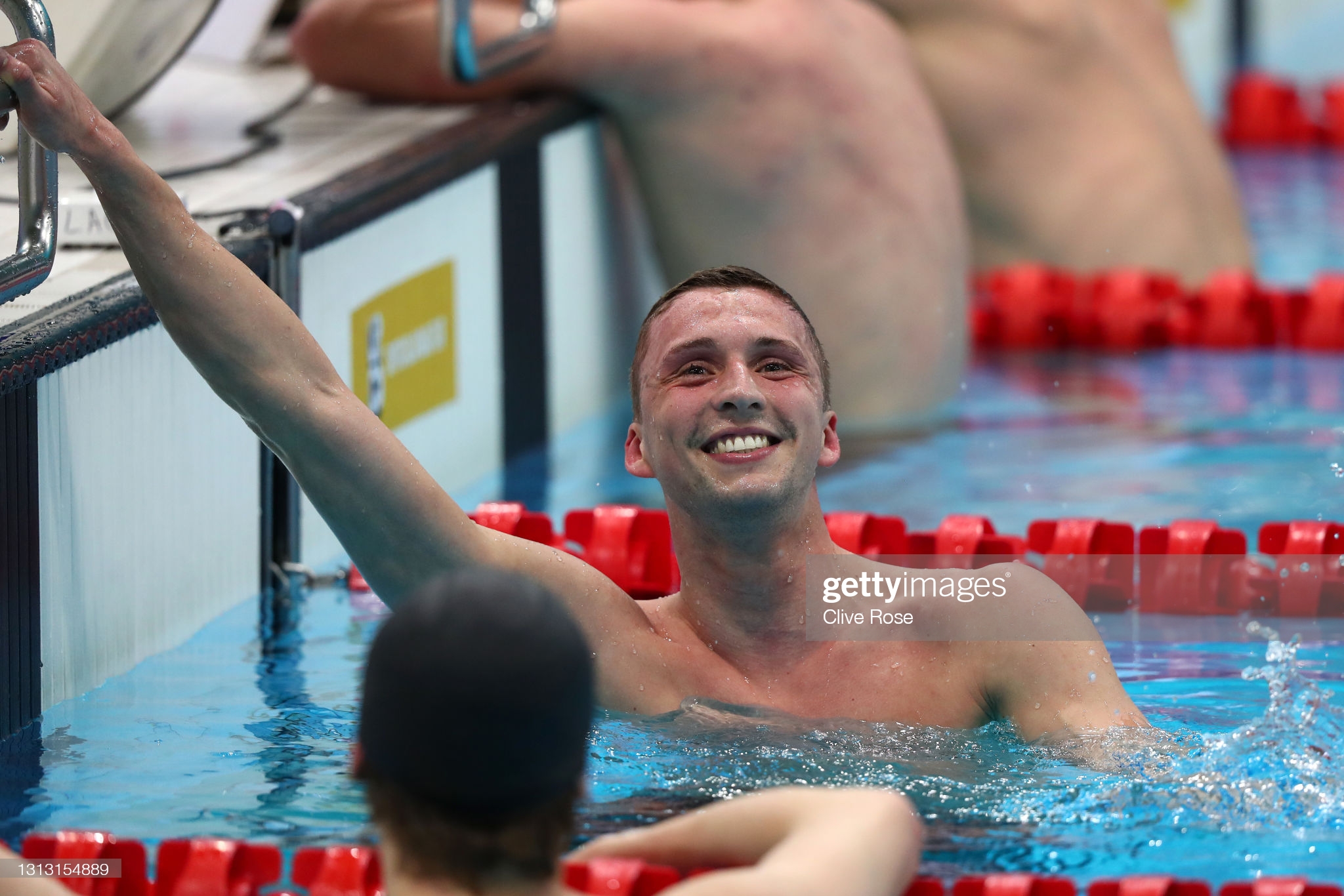 Daniel Jervis is preparing to live out his boyhood dream of becoming an Olympian after delivering on his promise to “smash it” on super Sunday.

Wales’ Commonwealth Games silver medalist is set to be in Tokyo for the Games this summer after winning the men’s 1500m freestyle final in the final session of the British Swimming selection trials in London.

After winning the 800m but narrowly missing out on the selection time earlier in the week, Jervis delivered the dominant performance he had promised in the longer event.

He won in a time of 14: 55.91 – a comfortable four seconds inside the consideration mark to pencil himself in for his first Olympic Games.

“I think you only need to know me for five seconds to know that this is my dream! Ever since I was a young boy, I only wanted to be an Olympian, that’s all I ever wanted to be,” he said.

“I’m really happy with the time – but honestly, I don’t really care about that. All I care about is I’ve got the consideration time for the Olympic Games.

“Everyone who’s ever supported me knows how much that would’ve meant to me, I appreciate that so much. It’s come true!

“I’ve found this week one of the hardest competitions I’ve ever done, not so much the swimming – everyone has swum fantastically – but being stuck in my room for a week, it’s been really tough, not being able to see many people.

“That’s the situation, and if we didn’t have that we wouldn’t be able to compete, so I’m very grateful for everyone who has put this competition on.

“This is an absolute dream. To my family at home, when I’m able to, I’m going to give you all a hug – I can’t wait to see them when I get back home.

“I’m sure my phone is exploding right now, I can’t wait to Facetime my family and have a takeaway tonight!”

Jervis’s time was the fourth fastest in the world this year after he controlled the race to become the only swimmer to finish under 15 minutes.

But with more racing behind him before Tokyo, there is no doubt that Jervis can go much faster – as evidenced by his 14: 48.67 clocked when he finished second at the 2018 Commonwealth Games at the Gold Coast.

There was more success for Welsh swimming earlier on the final day when Matt Richards took bronze in the men’s 200m freestyle final – inside the Olympic consideration time – in a new personal best time of 1: 45.77.

The 18-year-old finished behind Duncan Scott, who set a new British record, and Tom Dean, who also beat the previous national record.

Richards held off the challenge of another Welsh swimmer, fifth-placed Calum Jarvis – who was also inside the consideration time – to underline the strength of British swimming in the event.

Richards’ time smashed his previous personal best of 1: 47.23. but he already looked nailed on for a GB squad spot for Tokyo after finishing second in the 100m freestyle behind Scott earlier in the week.