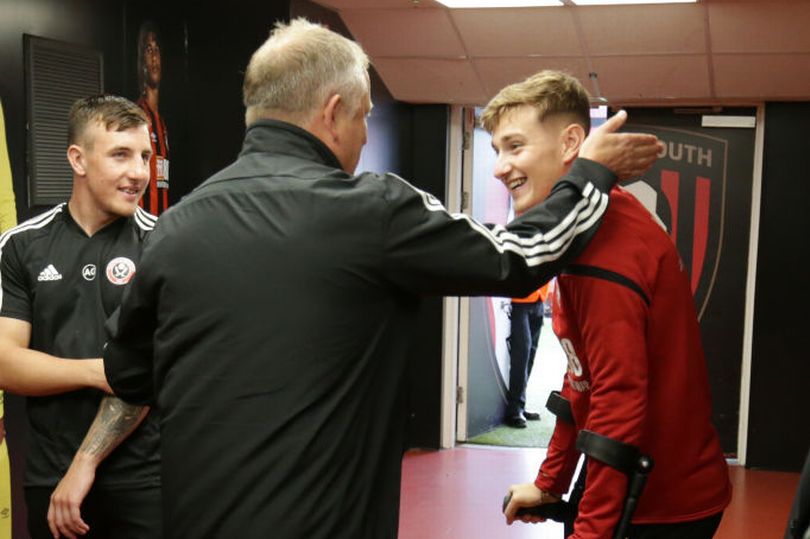 Sheffield United manager Chris Wilder admits he would love to be reunited with Wales star David Brooks – but says he can’t afford him.

The Blades boss – who has signed Brooks’ Wales team-mate Ethan Ampadu on loan from Chelsea – reckons the Bournemouth flier is in the £40-50million bracket.

Brooks has been linked with Manchester United, Leicester and Tottenham – who are close to bringing Gareth Bale back from Ream Madrid – following his club’s relegation to the Championship.

“I would love to bring David Brooks back to this football club if he was available,” said Wilder, who gave Brooks his first taste of league football.

“With due respect to Bournemouth and Jason Tindall and everybody there, maybe I am wrong in speaking about David, but I would love to get him and bring him back.

“He’s a match-winner and the likes of those, you have just seen what Jack Grealish is signing for and what he is worth.

“So we have to take chances on players and Oliver Burke fits that.
“We have to go down this road. We can’t go and get somebody for that sort of money.”

The 23-year-old made 40 league and Cup appearances for the Blades before being sold to Bournemouth for around £12m in 2018.

He missed most of last season due to two ankle operations as his club were relegated, but has appeared this season and made his Wales comeback in the victory over Bulgaria.

Wilder gave Brookes a handful of games in his first season before the Warrington-born player established himself in the club’s Championship campaign in 2017/18 after which he made the move to the South coast.