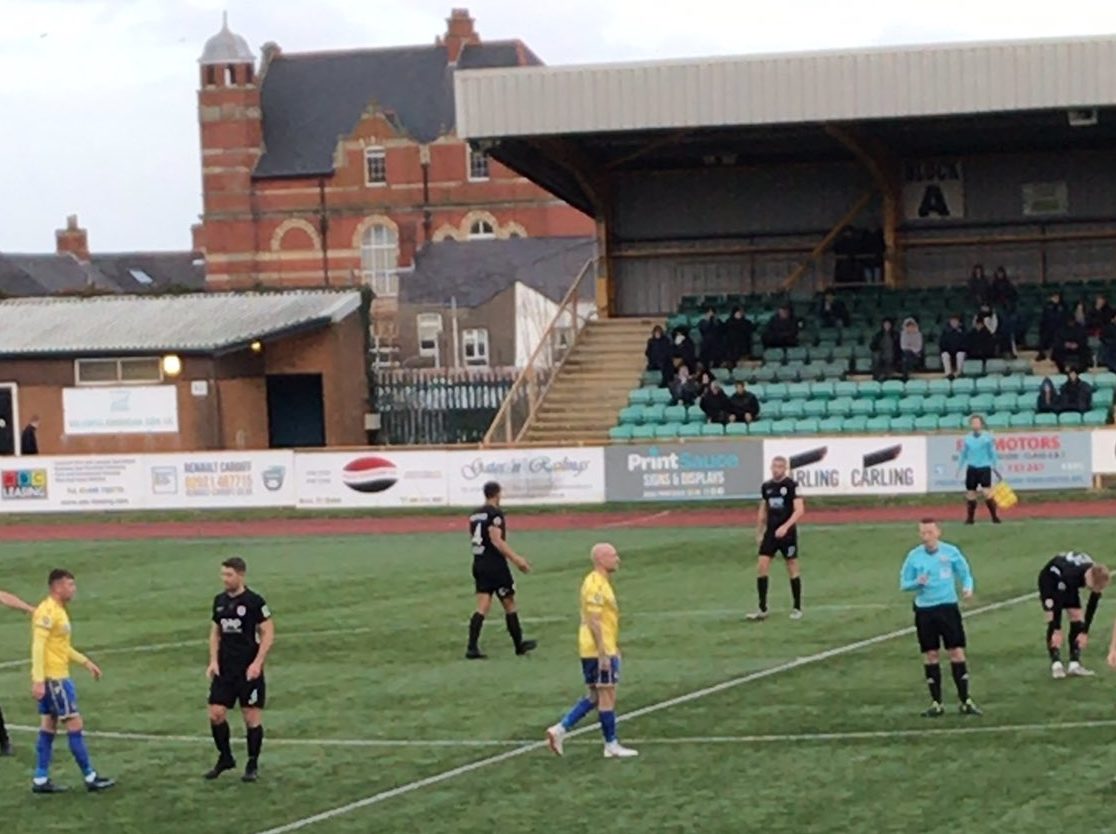 David Cotterill was sent off in injury time for Barry.

There were red cards at either end of the game of the day in the JD Cymru Premier League, but neither Barry Town United nor Connah’s Quay Nomads could conjure up a goal.

The reigning champions went down to 11 men in only the second minute when defender John Disney was sent off for being the last man at the back when he pulled down Curtis Jemmett-Hutson.

That immediately put the Nomads, who had lost their unbeaten record with a 1-0 defeat at arch-rivals The New Saints earlier in the week, under pressure and they rode their luck at the start of the second half.

Two minutes after the re-start Kyle Patten got the ball in the Nomads’ net, only for a foul to be called on goalkeeper Lewis Brass.

Home manager Gavin Chesterfield gave former Wales international David Cotterill a run in the second half and he was the second player to see red in the sixth minute of added time, for aiming a kick at Declan Poole, as the game petered out into a 0-0 draw.

It is now five defeats in a row for Flint, who drop into the relegation zone with Cardiff Met climbing to ninth.

Jon Foligno became the first player this season to notch a goal that counted against The New Saints as he helped Aberystwyth Town draw 2-2 at Park Avenue.

Steff Davies followed up Foligno’s goal to give the home side the lead in the 70th minute before teenager Ben Clark saved the blushes of TNS with an 80th minute bullet header from a Chris Marriott cross to level matters.

Louis Robles had given the visitors the lead with his seventh goal of the season in the first half, before Foligno and Davies raised the heartbeat of all Aber fans with two goals in seven minutes.

But Clark’s goal enabled TNS to head back to north Wales with their unbeaten record intact, even if they had finally conceded a goal after 693 minutes.

David Cotterill making his debut for Barry as he comes on during the second half pic.twitter.com/ZWHzgQOGZ1

Bala Town made it three wins in a week as they beat Newtown 2-0 at Latham Park thanks to goals from Nathan Peate and Chris Venables.

To add to their misery, the home side had George Hughes sent off for a second yellow card in the 89th minute.

Cefn Druids’ hopes of making it back-to-back wins went down the pan as they were beaten 2-0 at The Rock by Penybont.

Kane Owen converted a penalty for the visitors and then Mael Davies hit a screamer into the top corner.

YESSSSSSSS!!!!! IT’S ANOTHER VENABLES GOAL!!! What a cross from Ryan Pryce to dink the ball to the back post on to the head of Venables to grab his 9th goal of the season! 2-0 to the Lakesiders! pic.twitter.com/STLs9apVuO

There was late drama at Bridge Meadow as home side Haverfordwest County snatched a last minute equaliser against Caernarfon Town in a game that ended 1-1.

The first goal of the game came 15 minutes before the end when Caernarfon centre forward Mike Hayes broke the deadlock.