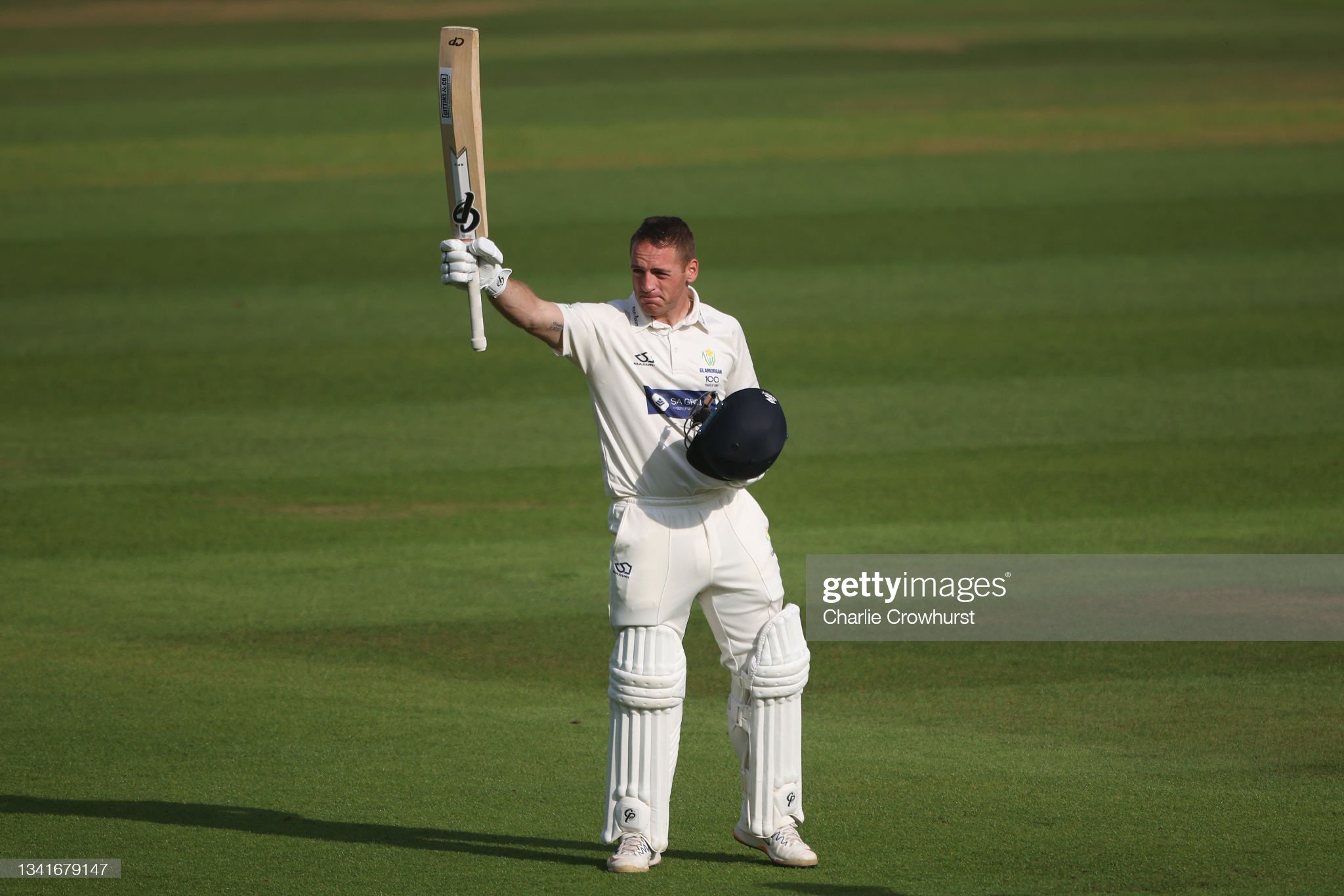 David Lloyd has revealed that demands from his coach Matthew Maynard were behind the Glamorgan captain’s record-breaking innings.

Lloyd struck the highest-ever first-class score by a Welshman of 313 not out to put his side in control against Derbyshire and keep alive their outside hopes of promotion.

The second highest score by a Glamorgan player, behind Sam Northeast’s 410 against Leicestershire earlier this season, made it the first time that two players at the same county had registered quadruple and triple centuries in the same season.

It was also the highest score for a Glamorgan captain as they declared on a massive 550 for 5 and Lloyd’s day got even better as New Zealand spinner Ajaz Patel and the Welsh county bowlers reduced Derbyshire to 135 for 5 at the close, still 415 behind.

It mean’s Glamorgan’s bid to gain promotion to the LV County Championship Division One is still very much alive as the season comes to a climax.

“I’ve had chats with Matt (Maynard, coach) about making sure that when I do get to a hundred, I go big,” said Lloyd.

“My main focus was to get back in, start again and get as many runs as I could possibly get.

✅ Highest score by a Glamorgan player in Wales

“I thought I went through the gears quite well and it’s nice to repay the faith. I didn’t sleep very well with the adrenalin going, it’s been a long couple of days but I wouldn’t change it for anything. It gave me a lot of confidence after a tough season.

“Sam (Northeast) had an incredible knock, Steve James had 309 and I’ve had a nice message off him.

“We bowled very well, there’s a bit of turn in the wicket. It’s going to be tough going but we’ve got enough time in the game hopefully to bowl them out.”

While The records kept falling for Glamorgan and Lloyd, things went from bad to worse for opposite number Ben Godleman.

He followed up the decision to insert Glamorgan with a duck opening the batting to set the tone for his side.

Derbyshire all-rounder Luis Reece told BBC Radio Derby: “It’s been a tough couple of days, winning the toss and probably misreading the wicket, then for Lloydy to play the way he did, you’ve got to take your hat off and say ‘well played’.

“It’s a bit surreal to be honest.”

“We’ve got to make sure we show fight for the remaining six sessions of the game and try to come out with a result.

“The wicket’s lost a bit of pace, it’s going to deteriorate the way they’ve set up with two spinners, but we’ve got to come out with proper game plans and try to nullify the spinners.”

North Wales-born Lloyd started the day with a double century to his name, but plenty of landmarks ahead of him. He lost overnight partner Billy Root and Chris Cooke relatively early, but then found a solid associate in Andrew Salter.

First, the 30-year-old went past the 233 scored by Hugh Morris, now the county’s chief executive, as captain.

He was dropped by substitute Nafis Shaikh from a top-edged sweep, a simple enough chance, when on 258 off the bowling of Alex Thomson.

A stunning innings from the skipper

Next up was Mike Powell’s 299, the highest first class score by a Welsh-born player. A six off Thomson took him past that and the 300 mark.

Then, Steve James’ 309, the highest Glamorgan score until this season, was in his sights.

When he reached 313 not out, off 398 balls, equalling the highest individual score at Sophia Gardens, scored by South African Jimmy Cook, Lloyd decided to call it a day and declared.