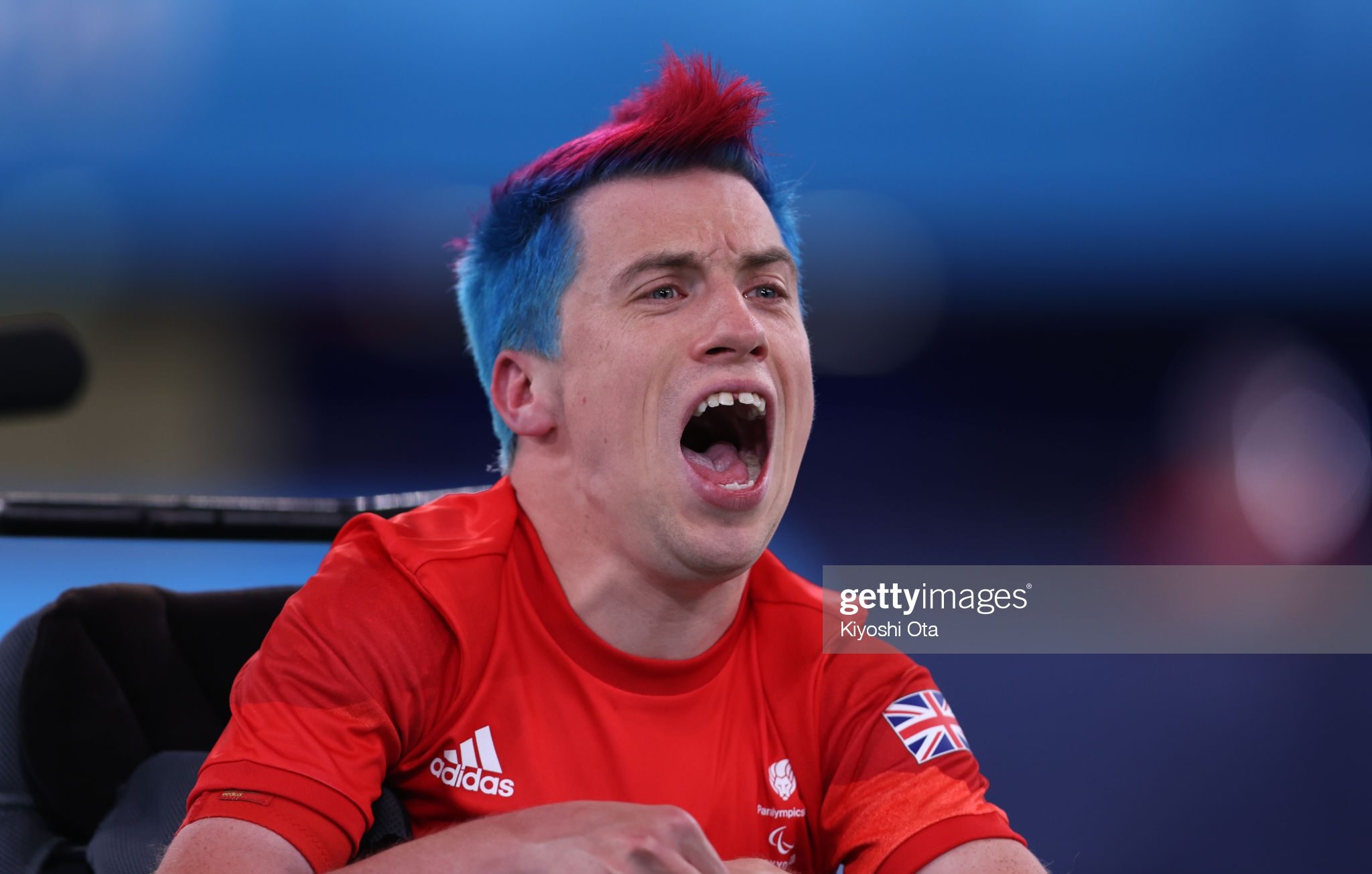 David Smith is the Cristiano Ronaldo of boccia and has the accolades to prove it. After winning yet another medal at this summers Paralympics he is now focused on passing on the love of his sport to the next generation, as he tells Tom Prosser.

Paralympic champion David Smith once dreamed about becoming an airline pilot, but his flight path has steered him in a very different direction.

The Swansea-based Great Britain star has won everything there is to be won in the world of boccia.

Now, the most successful British player of all time, he wants to create a legacy.

Smith recently returned from Japan having defended the gold medal he won at the Rio Paralympics in 2016.

But his success in Tokyo, which included a comeback win in the final, is right up there with one of his best achievements yet.

“It’s an amazing feeling,” says Smith, who was speaking at an event in Cardiff to mark National Boccia Day.

“It was one of my favourite tournaments of all time.

“Regardless of the result, I think I would have been buzzing coming home from Tokyo.

“I love a competitive match and to come back and win the final was the type of match I enjoy.

“I noticed some weaknesses in my opponent and I made sure I exposed them. It wasn’t always pretty but I pride myself on being hard to beat.

“To think that 1.1 million people watched my final is just crazy for both myself and boccia as a whole.

“The coverage lessened the blow of not being able to have supporters out there.

“In some ways, it was actually quite nice because it almost made the homecoming even better.

“My phone has not stopped buzzing since I’ve been back.”

Boccia was created with disability sport in mind. It can be played by anyone regardless of age and severity of disability. It shares similarities with bowls and the aim is to get closest to the jack.

Smith, who has cerebral palsy, has had a long career to date, winning his first British title at the age of 14 and featuring at four Paralympic Games.

How it started vs How it’s going: @Bocciasmithy
⁰
When David Smith first started playing Boccia at 6 years old, little did he know he would go on to become the most successful British competitor of all time 🥇
⁰
Why not give it a try? pic.twitter.com/YSfGNGWmTt

The 32-year-old cites footballing star Cristiano Ronaldo as one of his inspirations and draws on similarities between himself and the Manchester United superstar.

“He’s a great professional, I really admire his longevity. What he’s doing now at the age of 36 is like what I’m trying to do in boccia.

“It’s about proving it doesn’t matter what age you are, anything is possible as long as you look after yourself.

“I like his competitiveness and he has a little bit of an arrogant streak which reminds me a bit of myself,” laughs Smith.

“But equally, he is a team player and I try to do my bit for everyone, too.

“He’s a great ambassador for football and I want to be the same for boccia.”

It’s fair to say Smith’s success in boccia has changed his life and has given him some life-long memories.

“Boccia found me when I was at a crossroads of not knowing what I was going to do with my life,” he says.

“It was the one sport that had a competitive pathway for me. One day in Beijing in 2008, it suddenly dawned on me that this is now actually quite serious.

“Then I got the bug and have had it ever since, really. I’m addicted to winning.

“Straight after winning gold in Beijing, I studied aerospace engineering at Swansea University.

“Then, once I finished my degree, boccia became really important again with London, Rio and now Tokyo.

“The engineering side didn’t quite take off so I thought I will put my focus into sport. I’m also a lifestyle coach and I enjoy helping other people.”

Smith plays and trains at Swansea’s LC2 centre in the city and although the venue was unavailable to him for 13 months during lockdown, he is grateful to the centre and to Disability Sport Wales for finding him a venue in Cardiff during his build-up to Tokyo.

“Everyone was really helpful. I wasn’t able to get into the LC2 for a long time, but I was able to train in Cardiff and then come back to Swansea for final preparations. That meant a lot.”

Having moved to Wales over a decade ago, he would love to see more people take up boccia and says it opens up lots of different avenues both in and outside of sport.

“Sport in general has lots of power. I think it’s good for everyone.

“For people with disabilities, it’s very important as it helps you realise what you can and can’t do,” explains Smith, who first took up the sport whilst in school.

“It gives you an opportunity to be an active member of society which really gives you confidence.

“It would be amazing if it could really take off in schools as people who would usually do extra maths instead of P.E will still be able to take part in sport.

“You can play boccia in a team, in a pair, or individually, so I think it has got a lot of appeal.

“Even if you don’t want to be a player, you can referee or volunteer to help other people in areas such as physiotherapy.”

Smith’s boccia career has no signs of winding down any time soon. He plans to participate in the 2024 Games in Paris and those in Los Angeles in 2028, at least.

But despite his achievements to date, he still has lot of motivation to promote the sport he enjoys so much.

“There’s not really a sell-by date in boccia. It’s not like other sports where age can hit you and you have to retire.

“I can pretty much go on for as long as I want. I can certainly see myself doing the next two Paralympics and I quite fancy Australia in 2032.

“For me, it’s now about seeing how long I can keep going for at this level. I want to continue to inspire other people and it would be amazing to create a legacy for the sport.

“If that means I extend my winning record even further – then happy days.”

Visit Disability Sport Wales for more about Boccia and how to get involved.