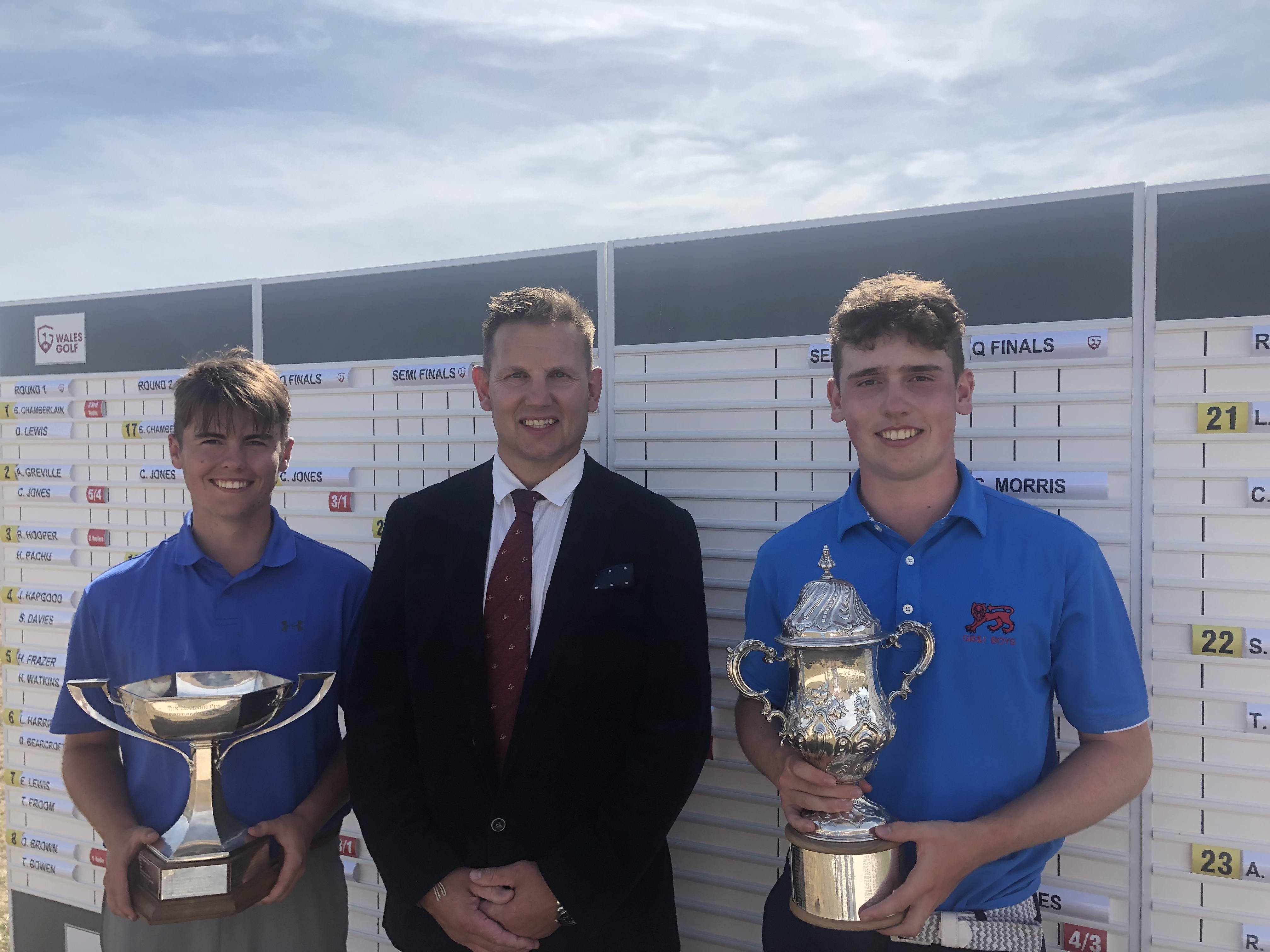 Davies beat Aberdovey’s Connor Jones 8&7 in the final, describing it as the biggest win of his career as he prepares for a busy few weeks of competition before heading for college in the United States.

“This is definitely the biggest win of my career,” admitted 18-year-old Davies from Carlisle, who won the Irish Boys last year. “It was different to winning the Irish Boys, though that was my first proper win.

“I feel I have developed my game a lot since then, playing a lot of men’s events this year but I have not had the results I wanted.

“It is awesome to get this win, my biggest, though I felt it was coming because I had been playing better and better in recent weeks.

“I had A Levels through to mid-June and then went straight into tournaments after that, it was quite tricky coming into competitions straight after exams.

“At the end of last week I found something which I took into this week and I played better and better through the rounds.”

He has the Home Internationals and British Boys in the next fortnight, before heading to America to study at East Tennessee University.

Davis qualified third from the stroke play stages, Ben Chamberlain of Padeswood and Buckley and Lewys Sanges of Celtic Manor were tied first.

The Carlisle player’s closest matches were in the first two rounds, beating Jacob Davies, Rhuddlan, and Ronan Oliver, Pyle and Kenfig, by one hole.

He then beat Southerndown’s Kieron Harman in the quarter-final and Shaun Harpin, Rhos-on-Sea in the semi. Jones beat Nefyn’s Tom Froom in the semis and Neath’s Richard Hooper in the quarters.

“The first two rounds were tough, but match play is like that and I was grinding out the results to get the job done,” said Davies.

“I really like Tenby as a course, it was in great condition. Some of the fairways were a bit burnt out, but that’s links golf and the greens were awesome.

“Playing for Wales in recent weeks has helped too, it has helped with my belief because after those experiences I was more used to an event like this and the people I was playing against.

“I have been learning the whole year, looking to move on. It is a really exciting few weeks coming up with the Home Internationals, British Boys and then going to America.

“It probably hasn’t fully sunk in I am going to the States because there is still a lot of golf to play, but it will be great playing all year round rather than training in the winter and packing it all into the summer.”

Wales Golf championships director David Wilson added, “Congratulations to Archie for coming through to win his first senior title, it was an assured and impressive performance.

“There were some strong performances throughout the week so it was good to see so many Welsh players competing at that level.

“Also thanks to the staff and volunteers at Tenby golf club who made this such a successful week.”