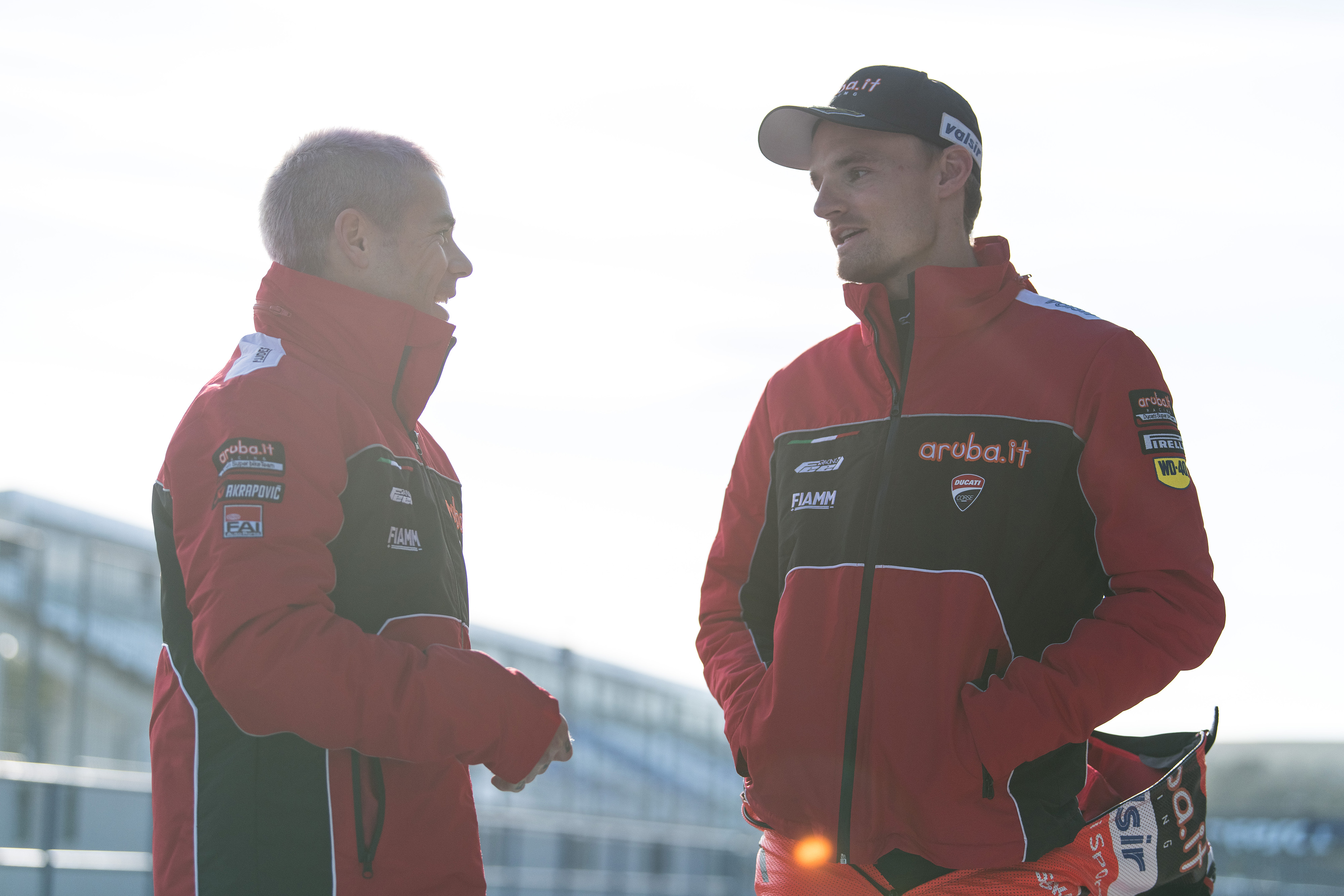 Getting to know you: Chaz Davies (r) chats with new team-mate Alvaro Bautista In Spain

Chaz Davies will have surgery on his right collarbone next week in a bid to be 100 per cent fir for the next World Superbikes season.

The Knighton-born rider bust his shoulder twice last summer but battled through the pain barrier to finish runner-up in the championship for the third time in four years to Jonathan Rea.

Now after finishing the final day of winter testing for Ducati in Spain on Tuesday, Davies will go under the knife to sort out the issue.

The 31-year-old will then have a few weeks to get fully fit ahead of pre-season testing resuming in January with the first race in Australia in February.

Davies said: “I will undergo surgery next week on my injured shoulder, and then I’ll resume training to make sure to be 100 percent fit come next test.”

And Davies is confident the new Ducati Panigale V4 R which he put through its paces at Aragon in Spain this week will help him take the fight to Kawasaki rival Rea in 2019.

“It was a positive test,” added Davies. “We learned quite a lot about the bike, and we have a better understanding of what we need to focus on during the winter break to improve the package.

“We took several sets of tyres to race distance and also tried a new swingarm with positive feedback, but in general the main thing at this stage is to avoid confusion, and I think we have pretty clear idea of the direction we need to go in.

“We have a lot of information to process, now we just need to put it together.

Davies has racked up four days of testing on the new bike with two days at Aragon followed by the two days in Jerez.

On Tuesday he completed 62 laps finishing just over one second behind Rea on the time-sheets, though he has been focusing on adjusting to the new Ducati.

“The key is being at 99 per cent and not being over 100 per cent  just trying to make it work or trying to get 25 points. That in the past has been the strategy but I am hoping that we can find some margin with this package.”