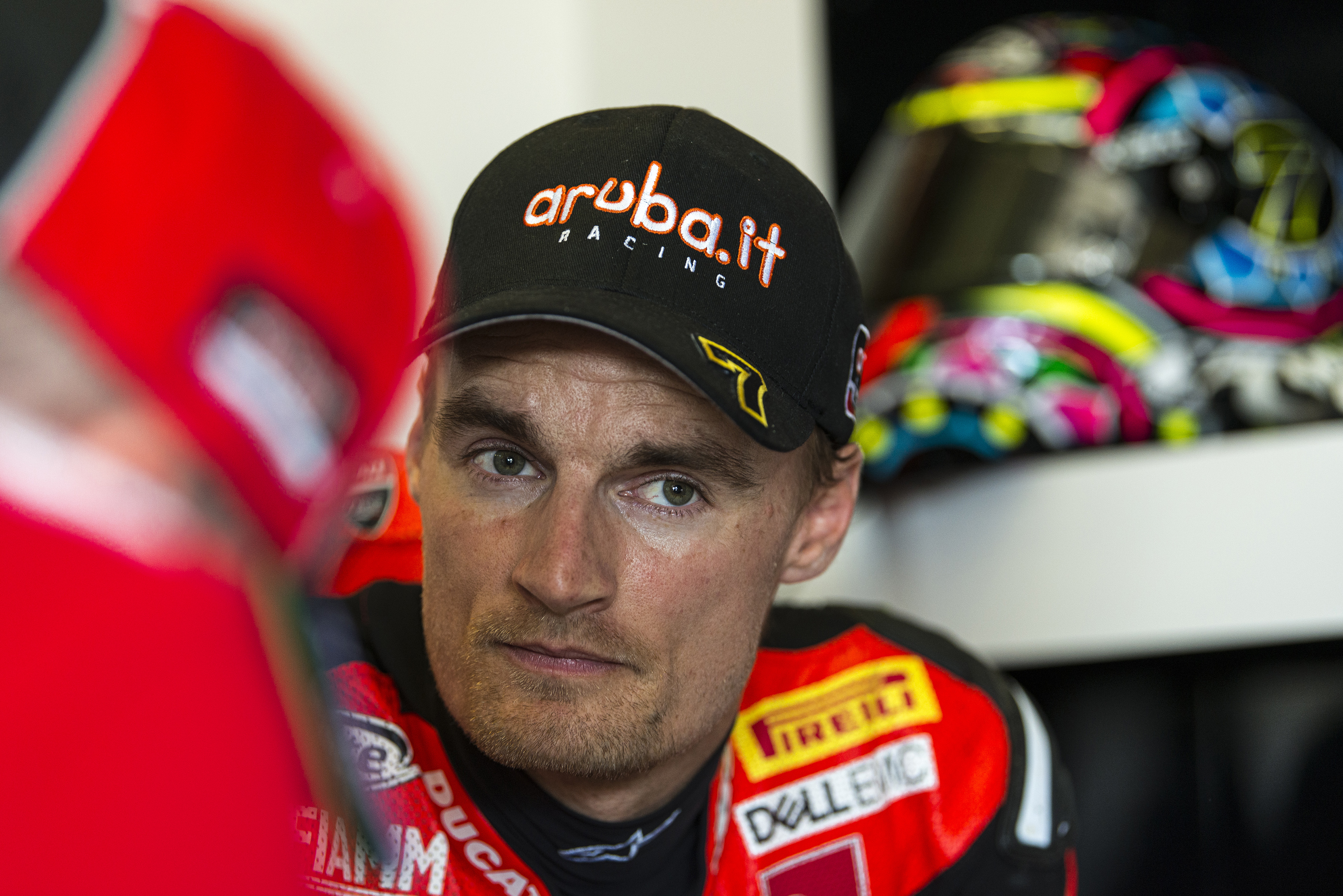 Chaz Davies looking to find more time on his bike after finishing 11th in opening practice.

Chaz Davies is confident of improving before the opening World Superbikes race in Jerez after struggling on the opening day of practice.

The Knighton-born flier finished back in 11th place as Aruba.it Racing team-mate and championship leader Alvaro Bautista set the pace.

But Davies reckoned making a few changes would improve his speed going into the first of the two races on the Spanish track this weekend.

“It has been a bit tricky and we struggled a little bit with the front overloading all the time,” said Davies, who finished just over 1.2secs slower than Spain’s Bautista.

“We need to rebalance the bike to give me better feeling and speed on entry, connect the dots in the middle of the corner and keep the corner speed.

“Despite these problems, I’m fairly confident of improving tomorrow, it’s just that we were a bit too wide of the mark today. Jerez is a different track to Imola, and what works there doesn’t work here so we’re going to have to make some changes.”

Davies is sixth in the standings with 85 points with Bautista’s storming start to the season seeing him leading reigning champ Jonathan Rea with a total of 263 points.