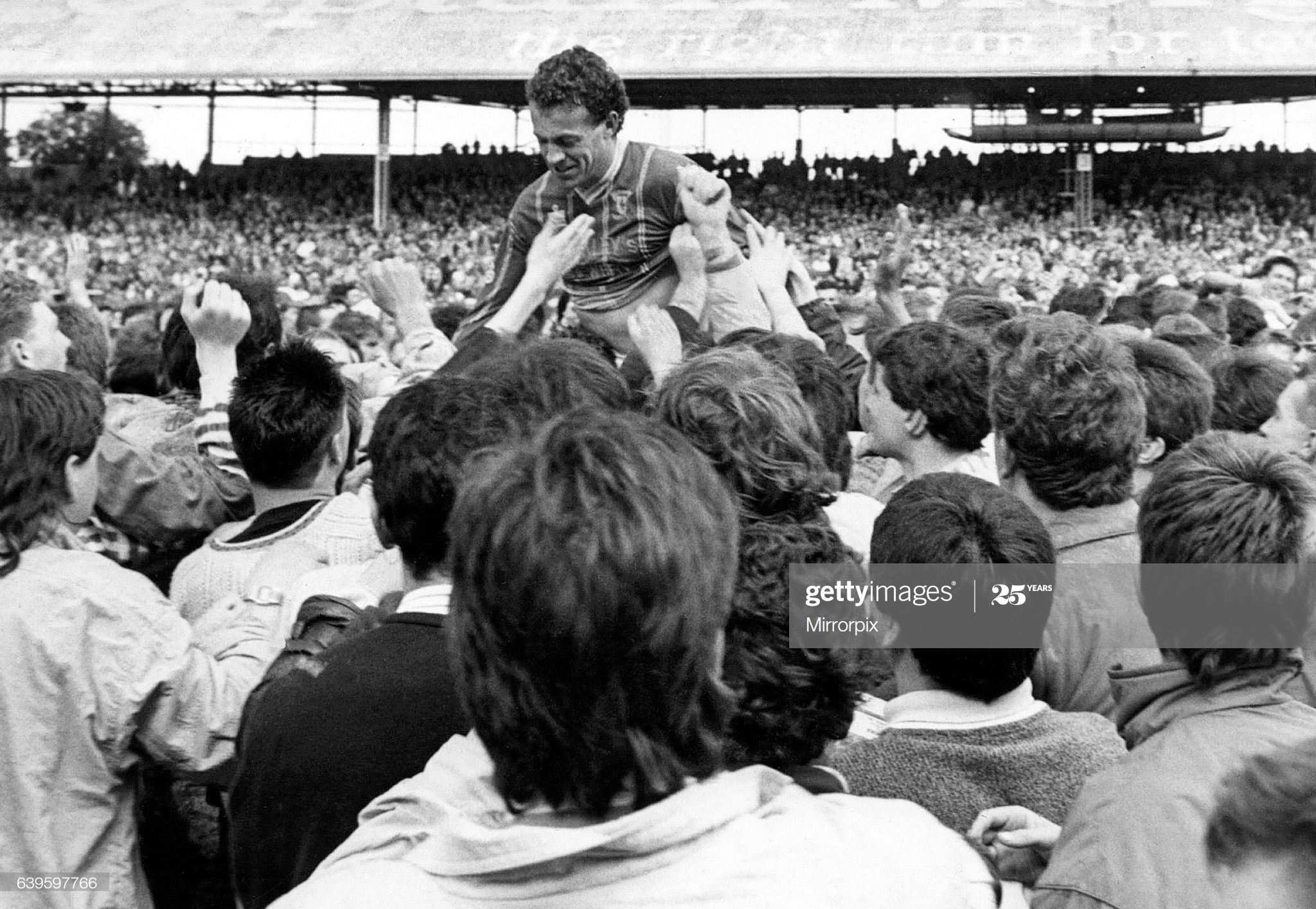 Cardiff City's Alan Curtis is chaired from the field by supporters as they celebrate promotion to Division Three in 1988. Pic: Getty Images.

With both Cardiff City and Swansea City mothballed, it’s time to look back again into the archives. Former Wales international Alan Curtis is one of the few players to have represented both clubs as he tells Terry Phillips.

Rhondda-born Alan Curtis played a major role for Cardiff City when they won a promotion and cup double more than 30 years ago, while he served Swansea City for over four decades.

Wales international Curtis made the move from Southampton to the Bluebirds and slotted into a team that went up from the old Division Four and won the Welsh Cup.

He had started his professional career with Swansea at the age of 18, had three spells as a player there, plus covered every coaching job at the club, from youth team to caretaker manager.

Curtis, now aged 65, still has a role at the Liberty Stadium having been made honorary club president after retiring from full-time roles with the Swans last year.

During his early days at Swansea, Curtis was a regular visitor to the club’s old club shop in a terraced house next to their old Vetch Field stadium.

He worked with the Football in the Community department, which was based above the shop, and regularly helped the sales staff.

“That was the way the club was in those days – everybody mucked in,” says Curtis.

The start of his professional playing career was delayed because his father felt football wasn’t a ‘proper job’ and insisted his son finish A level studies.

Frank Burrows was the Bluebirds’ manager who brought Curtis back to South Wales from Southampton in 1986.

When Southampton manager Chris Nicholl talked to his player about a move, Curtis had heard Swansea boss Terry Yorath was keen on taking him back to the Vetch.

Nicholl called ‘Curt’ into his office and said: “You are going to get your wish to go back home to South Wales.”

Curtis asked where he would meet Yorath and Nicholl replied: “It’s not a Swansea offer. It’s from Frank Burrows, the new Cardiff manager.”

Burrows badly wanted Curtis in his team and the two men talked about the affiliation with Swansea.

The Bluebirds team boss said: “Curt, if you stick the blue shirt on, give 100 per cent and do the business on the park Cardiff fans won’t give two hoots about who you played for in the past.”

Curtis took 24 hours to think things over, made a few phone calls, including one to Robbie James, saying: “I respected Robbie enormously and my mind was made up when he basically repeated what Frank had said.”

Pentre-born Curtis, the nephew of former Wales International and Manchester City footballer Roy Paul, did not follow one particular club when he was growing up in the Rhondda, saying: “As a youngster I supported all Welsh clubs.

“I was, though, at Ninian Park when Cardiff defeated Real Madrid in 1971.

“I would catch the football special from Ystrad straight to the ground.”

His father loved football but turned down a chance to sign for Leicester City because he did not want to disrupt his young family.

Curtis was a promising rugby union fly-half, playing for Treorchy Boys Club and says: “Rugby matches were on a Saturday morning, football in the afternoon.”

At the age of 14, Curtis made football his priority and stopped playing rugby.

The talented attacking player made more than 633 first team appearances, playing 125 times for the Bluebirds between 1986 and 1989. He was in Swansea’s first team a total of 364 times.

Curtis is one of the few players to have successfully crossed the Bluebirds/Swans divide along with the likes of Andy Legg, John Toshack, Jimmy Gilligan, Robbie James and Frank Burrows.

The first time Curtis played for Cardiff against Swansea was at Ninian Park on Boxing Day 1986, going on as an 83rd minute substitute.

“I was booed by the two sets of fans,” he said. “I’m not sure that happened to any player before in football.

“It was my first season at Ninian Park, we didn’t have a very good team and I took the brunt of the criticism from the supporters, I guess.

“But I came through that, won Player of the Year in a vote by fans, which meant a lot to me, and we went on to win promotion and the Welsh Cup the following season.”

Curtis ended his playing days with Barry Town, helping the Welsh League club to a 2-1 win against manager Eddie May’s Bluebirds at the old Arms Park.

“I was 40-years-old and there were others, shall we say, who were well past their prime. Yet we used that experience to good measure, controlled the ball and the game and the victory wasn’t a fluke.”