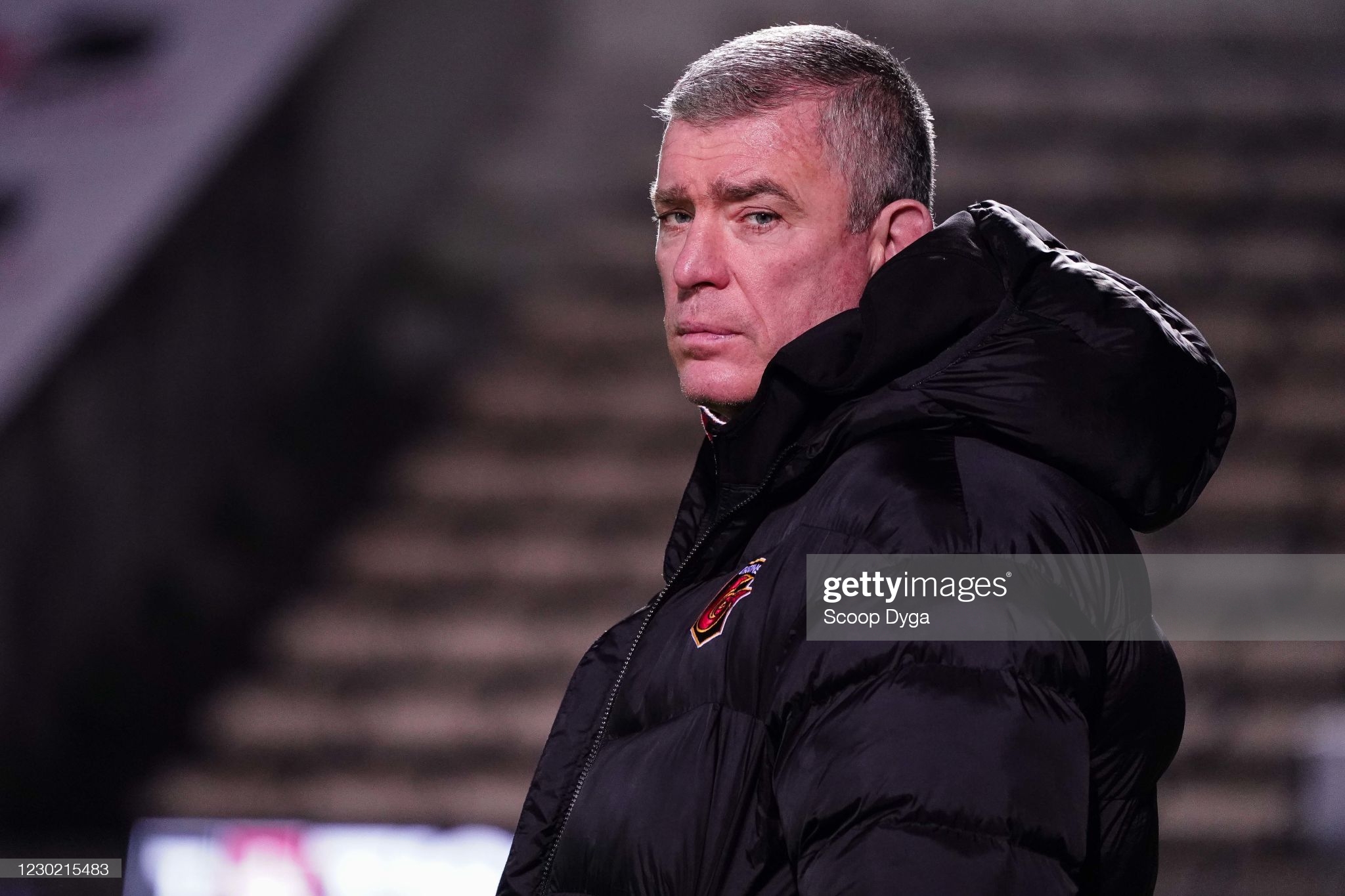 Dean Ryan conceded he was left proud but frustrated after the Dragons blew a chance to take the scalp of Guinness Pro14 champions Leinster.

Ryan saw his team battle back to earn a losing bonus point as they went down 35-29 to at a very wet and windy Rodney Parade.

The home side led by a point at the break as the visitors fell foul of referee Ben Whitehouse’s whistle and at that stage it looked like a shock result might be on the cards with the Dragons seeking a first win over the Dubliners since 2016.

In the end, though, Leinster grabbed five tries through Peter Dooley, Scott Penny, Josh Murphy, a penalty try and Dan Sheehan and came through a tough tussle on a treacherous, rain-soaked surface.

“It was a bit of a mixed bag – parts of me are so proud,” said coaching director Ryan.

“Aneurin Owen looked the real deal, Ben Fry was outstanding and Ben Carter is only 20 – I watched them really compete in that game.

🏈#Leinster extended their lead at the top of #ConferenceA with a bonus-point #Pro14 win over #Dragons at Rodney Parade (29-35) #rugbyleague #rugby https://t.co/T2hDMydOzn #outdoorsportchannel pic.twitter.com/vCh1SBsH6f

“But then there is the frustration that it was a game we could have been a lot closer in but for that 10 or 15 minutes after half-time with the yellow cards.

“In those moments we still don’t believe that if we get through them we can come out the other end.

“It’s educating this group that if they sit in those games against these sorts of sides then something can come.

“It’s a mixed bag because we are close enough to be frustrated.”

Ryan also backed the decision to kick the ball dead and take a losing bonus point in the final minute.

“I think it was the right decision. I don’t think that we were going 80 metres and we are at a stage where a point against Leinster is quite a smart move at the moment, and we’ve got to go and get some points next week [against Zebre].

“It was absolutely the right decision otherwise we are just going to cut our own throats, but we could have got to that point earlier in the game and then something might have been on, so that’s for us to work on.”

The Dragons last night had the ball and had a chance to win the game and gain a famous victory over Leinster , but Sam Davies tamely kicks the ball out to end the game 😳 pic.twitter.com/3rE5eo2Xxe

Jack Conan led out Leinster on his 100th appearance and was man of the match. Both teams held a minute’s silence in memory of Dragons Under 18 player Ross Mohring who lost his life earlier this month.

Sam Davies, who earlier in the week had signed a new contract with the Dragons, gave his side the lead with the first of five penalty kicks in the opening half. Two more made it 9-0 to the home side before Leinster finally woke up.

Prop Dooley crashed on to a short pass to score at the posts and Ross Byrne converted. That cut the gap to four points, but a fourth Davies penalty edged the Dragons further ahead.

Penny grabbed Leinster’s second try from close range and Ross Byrne’s conversion put the Irish province ahead of the first time. The Dragons hit back hard and Davies’ fifth penalty put them back in front and they thought they had gone further ahead when Ben Fry crossed the Leinster line, but has his try ruled out.

Leinster moved back ahead at the start of the second half. Dragons prop Lloyd Fairbrother was yellow carded for a no-arms tackle, Murphy crossed and Ross Byrne converted.

A penalty try then followed as Leinster’s forwards got to work on the Dragons pack. Dan Baker, on his Dragons debut, was yellow carded for illegally trying to stop the score.

Jack Conan spoke to #LeinsterRugby TV after making his 100th appearance for the province in the win over Dragons. ⬇#FromTheGroundUp#DRAvLEI pic.twitter.com/UHJ35Y8Nci

There was never much danger of Leinster losing from there and replacement hooker Sheehan grabbed a fifth try. The Dragons grabbed two late consolation tries through replacement Luke Baldwin and Josh Lewis.

Davies added both conversions to take his match tally to 19 points and earn his side a losing bonus-point.