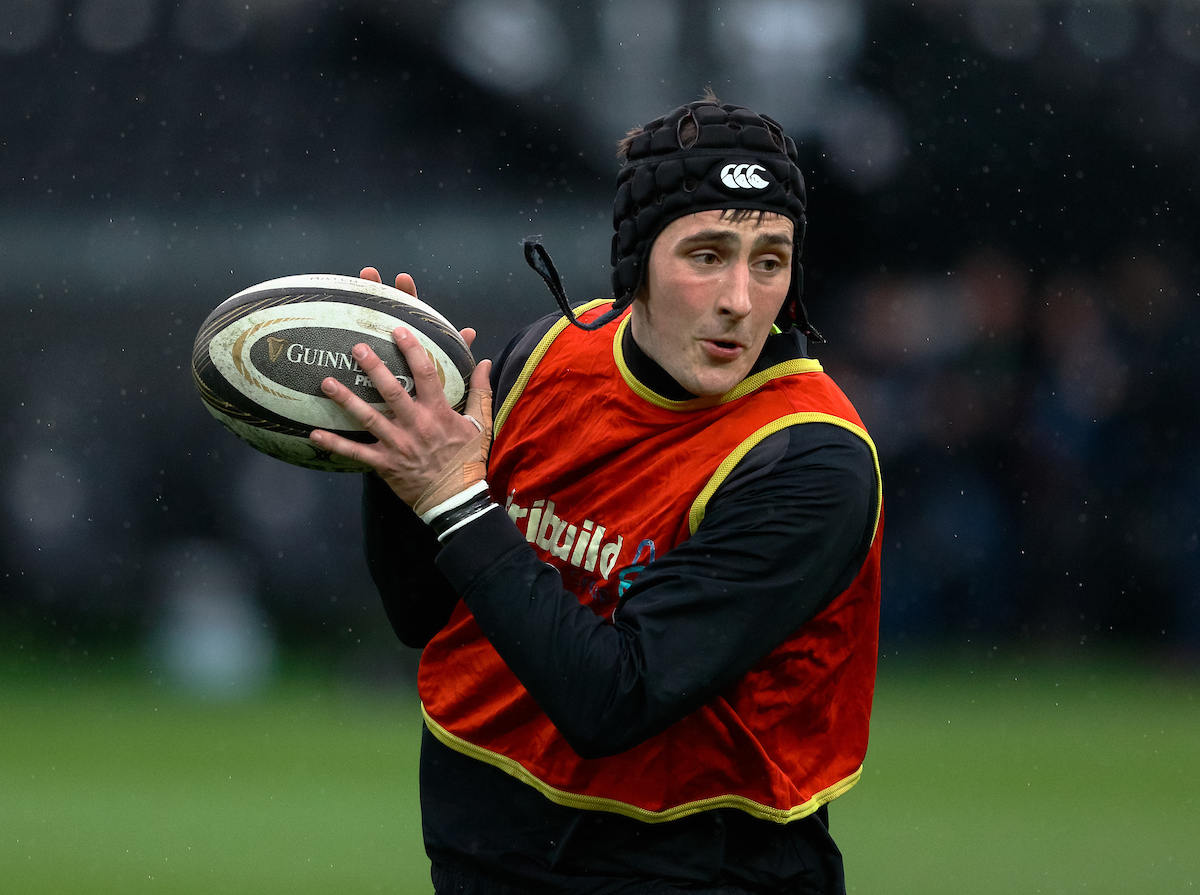 Sam Davies will be the Dragons' man at No.10 next season. Pic: Simon King/Replay Images.

The Wales international fly-half has signed a two-year contract to join the Dragons from the Ospreys in a statement signing for the Gwent region.

Davies – who has won eight caps for his country and is a former world junior player of the year – had been mulling over a switch to Rodney Parade for some time.

The playmaker is regarded as one of the brightest talents in the Guinness Pro 14 and European game with a deadly and accurate left boot and an incisive attacking game.

But he has struggled for regular starts at times at the Ospreys and their signing of Gareth Anscombe from the Cardiff Blues was likely to deny him further opportunities next season.

Dragons director of rugby Ryan said: “We are delighted Sam is joining the Dragons. He is a real top quality acquisition for the region as we strive to move forward next season.

“Sam was identified as a key signing for us and I’m sure our supporters are excited as we are to see the X-Factor and leadership that he will bring to our squad both on and off the field.

“Sam will bring proven creativity and attacking flair to our back line and give us competition for the No.10 jersey going forward. He joins us with big aspirations for the future, in both the regional and international game, and we’re thrilled that he sees the Dragons as the best place for him to achieve those aims.

Davies, 25, has piled up the points at the Liberty Stadium since his regional debut in January 2012 against the Dragons, racking up an impressive total of 836 in 150 games for the Ospreys.

Davies also led the way in the PRO14 marksmen charts during the 2018-19 season with 148 points – including a match-winning 16-point haul against Cardiff Blues at Judgement Day VII.

Davies said: “I’ve taken my time to carefully consider the different options for my future rugby career and this move is one I am excited about.

“I was impressed when I met Dean Ryan and speaking to him about the pivotal role he wants me to play at Dragons. He clearly knows his rugby and has a lot of experience to bring into the environment.

“It’s exciting to have discussed the direction and vision for the Dragons going forward.

“Staying in Wales and a commitment to Welsh Rugby was a key part of that decision as I still have ambitions to play for my country and that will continue to be a focus and help drive me forward.

“I want to compete and play at the highest level and I’m hopeful with a new Wales coaching set-up that I will get an opportunity again in the future if I’m playing at the top of my game.”

Davies has shone on the international stage since exploding onto the scene for Wales Under-20s and leading them to the IRB Junior World Championship final in 2013.

He was later named the IRB Junior Player of the Year for 2013, becoming only the second Welshman to win the award after Gavin Henson’s triumph in 2001.

Davies made his senior debut for Wales as a replacement against Australia at Principality Stadium in November 2016 and later that month played an integral role in the win against Japan with a dramatic last-minute drop goal.

He made his full debut in the 2017 clash with Tonga in Auckland and has made a total of eight appearances in the senior set-up, scoring 24 points.