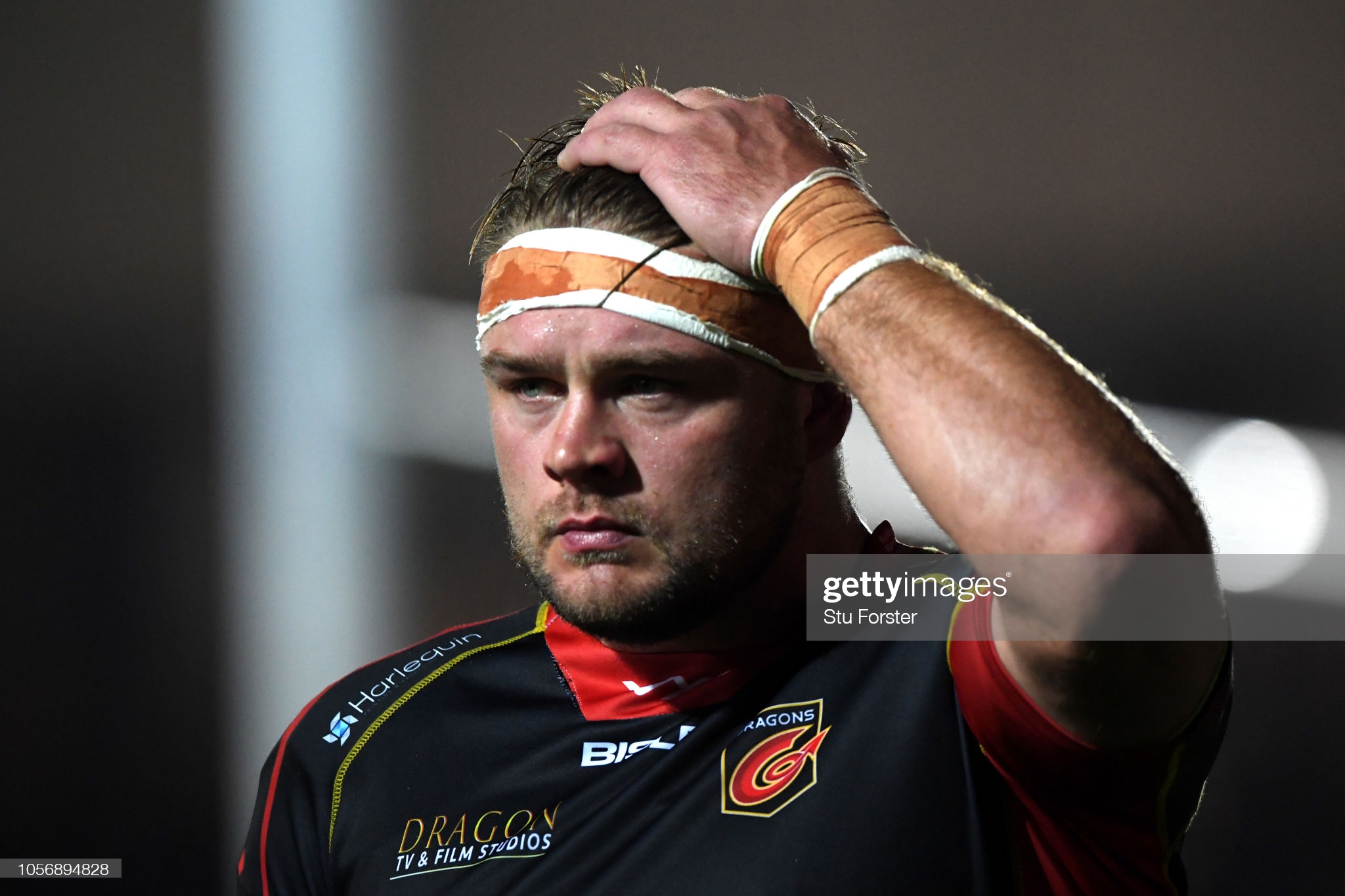 Dragons coach Dean Ryan has paid tribute to Lewis Evans’ “outstanding achievement” after the decision of the back row forward to retire.

Evans has chosen to hang up his boots after a record-breaking 236 appearances for the region over a mammoth 15-year spell.

The 33-year-old make his debut back in 2006 – in a back row that included former Wales captain Colin Charvis – and director of rugby Ryan said: “To play for one region as successfully and for as long as Lewis has is an outstanding achievement.

“He has been a key figure throughout his playing career at Dragons and will finish with an impressive legacy from his time at the region.

“We will now support him as he moves into the next stage of his career and he does so with the very best wishes of everyone at Dragons.”

Newport-born Evans began his rugby career by playing throughout the Dragons age-grades and also featured for Ebbw Vale and Newport before stepping up to the professional arena.

Evans has become a key component in the Dragons pack and has also impressed at an international level, representing Wales at all age group levels and Wales Sevens.

The forward was twice called up by Wales. On the first occasion, for the tour of North America in the summer of 2009, he was unable to take up his place in the squad as the Dragons were involved in a European Cup fourth place play-off.

His second call-up came for the Australia game in Cardiff after the 2005 Rugby World Cup.

Chairman David Buttress said: “Lewis has been an absolutely incredible servant to the Dragons.

“He is a true homegrown success story having come through our Academy before becoming the ultimate professional over 15 seasons.

“He is totally committed to the Dragons and throughout all the highs and lows has always led from the front with a determination to bring success to his home region.

“Lewis epitomises what it is to be a Dragon and his record number of appearances is one that will undoubtedly stand the test of time and may never be surpassed.

The Dragons begin their Rainbow Cup campaign at home to the Scarlets next weekend, when all four Wels regions will play under the new experimental law variations being trilled by the tournament.

The law trials have been approved by World Rugby for a competition that involves Irish, Italian, South African, Scottish and Welsh sides and starts on April 23.

– , !@Shanksey20 has today announced that he will be retiring from professional rugby at the end of this season #Rise #BringYourFire #ThankYouShanksey pic.twitter.com/zZ3ynSWIGj

Teams losing a player to a red card will be able to use a nominated substitute to replace the offender after a 20-minute period.

Captains will be allowed one challenge per match to review try-scoring and foul-play incidents, with the ability to look at any of the referee’s decisions in the final five minutes.

A drop-out will also be taken from anywhere on the goal line for ‘held-up over the line’, knock-ons that occur in goal, or when the ball is grounded by a defending player in the in-goal area after a kick through.