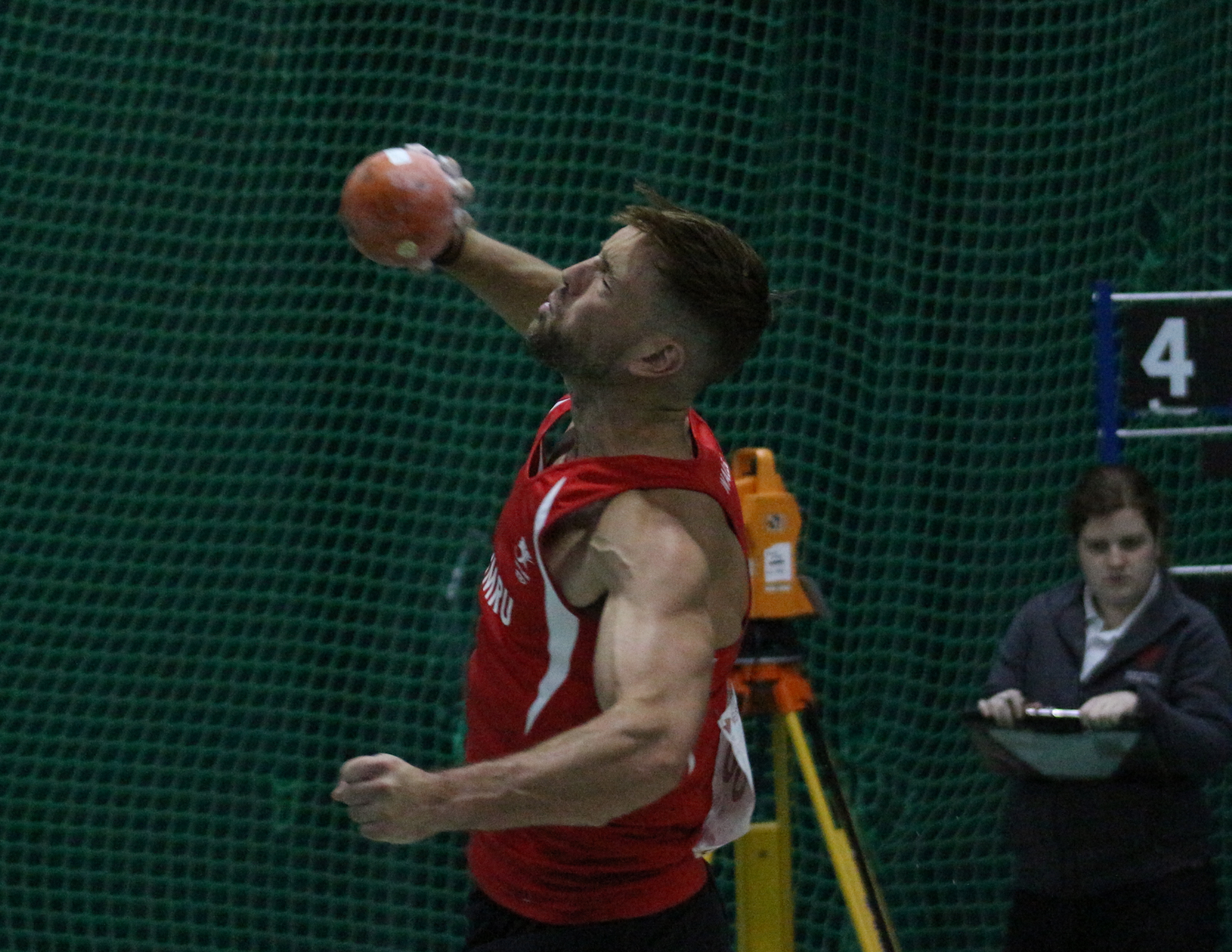 Gregory’s competition got off to a solid start as he clocked a season’s best time of 11.49, bringing him 755 points. Next up was the long jump where the 27-year-old leapt to 6.92m, bringing another 795 points.

The shot put saw him record 13.24m, another season’s best earning him 6.82 points, moving him up to second place overall after three events.

The high jump saw Gregory set another season’s best, raising the bar to 1.89m. However, the result saw him slip back down to fourth overall in the event held over the Bank Holiday period.

The first day came to an end with the 400m, where the Welshman dipped under the 50 second mark with a time of 49.90, which saw him in third place overnight with a total score of 3,756.

Day two kicked off with the 110m hurdles where Gregory sprinted to another season’s best of 15.03. The 846 earned raised him to first place for the first time in the competition, a position he wouldn’t relinquish.

The man who had finished sixth in both of his previous two Commonwealth Games appearances in Delhi and Glasgow, then hurled the discus out to a distance of 37.88 to consolidate his lead.

The 2018 Welsh indoor pole vault champion would have hoped to score well in the next event and so it proved as he cleared a height of 4.92m to bring another 886 points to stretch his advantage at the top.

The penultimate event of the day saw Gregory throw a distance of 53.68m in the javelin, giving him a lead of almost 200 points over second placed Michael Bowler going into the final event, the 1500 metres.

Gregory, who won the 1500 at the Commonwealth Games, put in another excellent performance over the four-lap distance, clocking a time of 4:27.07 – his fifth season’s best of the competition.

The 764 points earned in the final event gave Gregory a winning total of 7,517 in the 36-man competition – 254 points ahead of second placed Bowler and 303 points in front of Lewis Church in third.

Fellow Welsh athlete Harry Hillman, finished in 25th place, his overall points total of 5,506 hampered by not registering a distance in the discus.

The Cardiff AAC athlete produced some excellent individual performances across the two days.