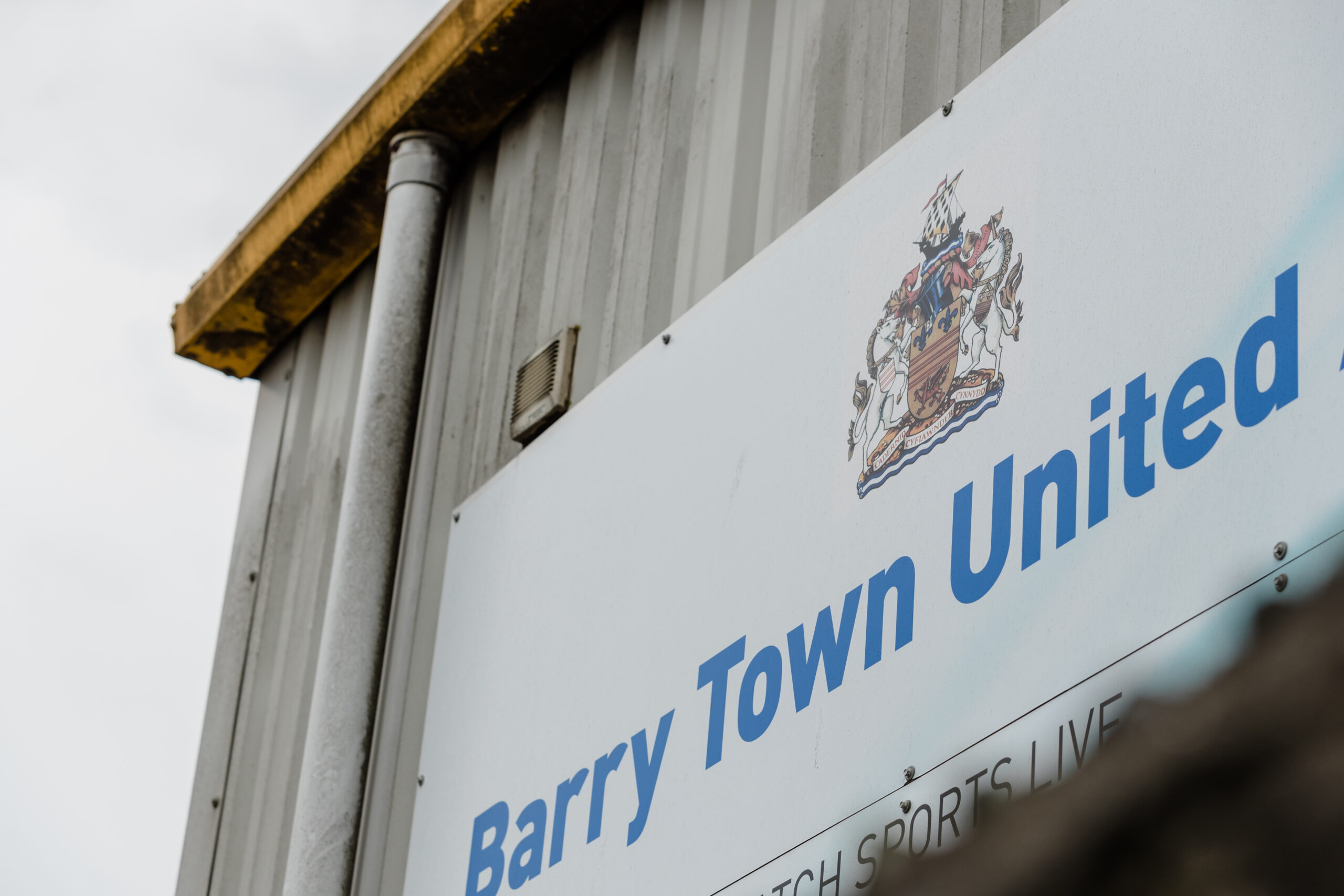 Barry were condemned to a bottom-two finish after losing to Haverfordwest County and Aberystwyth Town.

Steffan Davies’ fourth-minute header was enough for Aberystwyth to ensure survival at the expense of the Jenner Park side, whose misery was compounded by the late dismissal of Jordan Cotterill.

“I want to see Ebz after, he said we were going to go down!”

Barry Town now face an anxious wait to find out whether Cymru South champions Llantwit Major or runners-up Pontypridd Town can win their appeals for a Tier 1 licence.

An FAW panel will make their final verdict later this week with a decision expected on Thursday or Friday.

A club official from one of the promotion candidates said that behind the scenes, they were ‘hopeful’ that the initial decision would be overturned.

Relegation would mark the end of Barry Town’s five-year stay in the top-flight after Gavin Chesterfield successfully guided the club to the Cymru Premier all the way from the fourth tier up in 2017.

At the top of the table, Bala Town notched a third successive win to clinch a place in next season’s UEFA Europa Conference League.

Second-half strikes from Will Evans and Dean Ebbe against Caernarfon Town secured the Lakesiders second-place in the table, ahead of Newtown, who had been vying with them for the league’s final European spot.

Newtown might yet still find themselves playing continental football this summer.

Should Cymru Premier champions The New Saints defeat Penybont in next month’s Welsh Cup final, then third-place in the league will be given the additional European place.