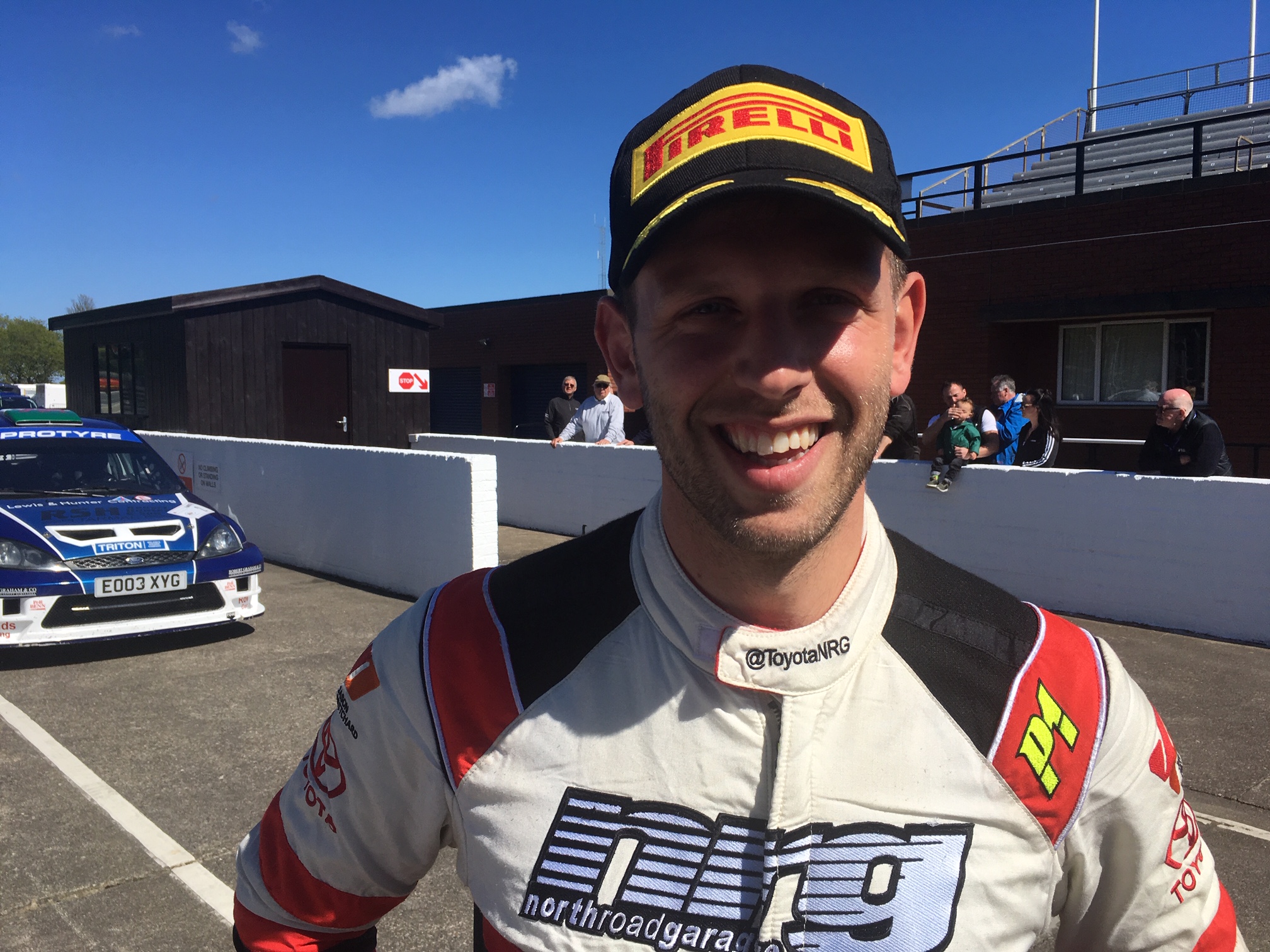 He’s won every rally championship title that he has contested since 2015, and now Jason Pritchard is targeting yet another major trophy – an incredible sixth in a row – as he prepares for the delayed start to the 2021 rally season.

The 32-year old Builth Wells driver won the British Historic Rally Championship for a record-breaking third time in a row in 2017, before switching to the Protyre Motorsport UK Asphalt Rally Championship and winning back-to-back titles in 2018 and 2019 in his rapid North Road Garage Ford Focus WRC.

It seemed that nothing could stop Pritchard from winning rallies and titles – until Covid-19 came along of course, forcing the suspension of motorsport events across the UK.

With nearly all of 2020 and half of 2021 written off, Pritchard can finally prepare for his first rally since November 2019.

He plans to contest his local Nicky Grist Stages, which will be the first major rally in Wales since February 2020, on Saturday 10 July, with stages in the nearby forests of Llyn Login, Monument, Halfway and Crychan, situated in and around the Epynt military range.

That will give him valuable seat time in preparation for the opening round of the Asphalt Rally Championship – the Old Forge Garage Mewla Rally, held this time over the rollercoaster Tarmac roads of Epynt, on Sunday 29 August.

Co-driven by Phil Clarke, Pritchard is well known for his speed, consistency and ability to quickly get up to full throttle on new events and unfamiliar stages – but it’s on the Isle of Man where he holds a truly amazing record of success.

He’s won the Isle of Man Historic Rally twice (2016 and 2017, driving a Ford Escort RS1800 Mk2) and finished third on the Manx International (in 2010, driving a Subaru Impreza STi N16) – but it’s his appearances on the last seven Manx National rallies that have been outstanding.

There is only one major rally on the Isle of Man that Pritchard hasn’t contested, and needless to say he is looking forward to making his debut on the PokerStars – as the double header two-day event takes its place on the Asphalt Rally Championship calendar for the first time.

“Winning the Protyre Asphalt Rally Championship title for a third time, especially against the high quality of competition in the series, won’t be easy – but that’s what we’ll be trying to do,” says Pritchard.

“Our philosophy has never changed and it’s very simple – do our absolute best on every event, and the results and the championship titles will look after themselves.

“I’m looking forward to all the events in the Asphalt Championship, because some like the Mewla and Three Shires are local, I’ve good memories of the Cheviot, having secured the title there both times, and the PokerStars and Tyrone are both new to me, so there is a really nice combination of events. Admittedly I’ve got a lot of experience on the Isle of Man, but I’ve always wanted to do the PokerStars and I’m really looking forward to that one.

“We’ll contest the Mewla in the Focus WRC, but we’ll have the Fiesta S2000 on standby for the Three Shires, just in case we have an issue.

“In fact, last year we were planning to contest the PokerStars in the Super 2, so we’ll decide nearer the time what car we’ll contest each event in. The decision depends on several factors, not least which car I fancy driving!

“The Super 2 is for sale, so it might be an opportunity to showcase its performance and send it off in style to a new home. It’s a fantastic rally car and it should be out rallying more than we’re able to use it.”

There are also strong commercial reasons why Pritchard contests the Asphalt Rally Championship, as it continues to be very good for business at his family run Toyota dealership.

“One other reason I’ll be contesting the Asphalt Rally Championship again this year is the exposure it gives North Road Garage,” he adds.

“This has really proven that rallying draws people into the garage, with the orders we have for the GR Yaris. The amount of customers asking me if I will be on the events because they want to go and watch is incredible. These are often people that I wouldn’t expect to be out watching a rally either.”