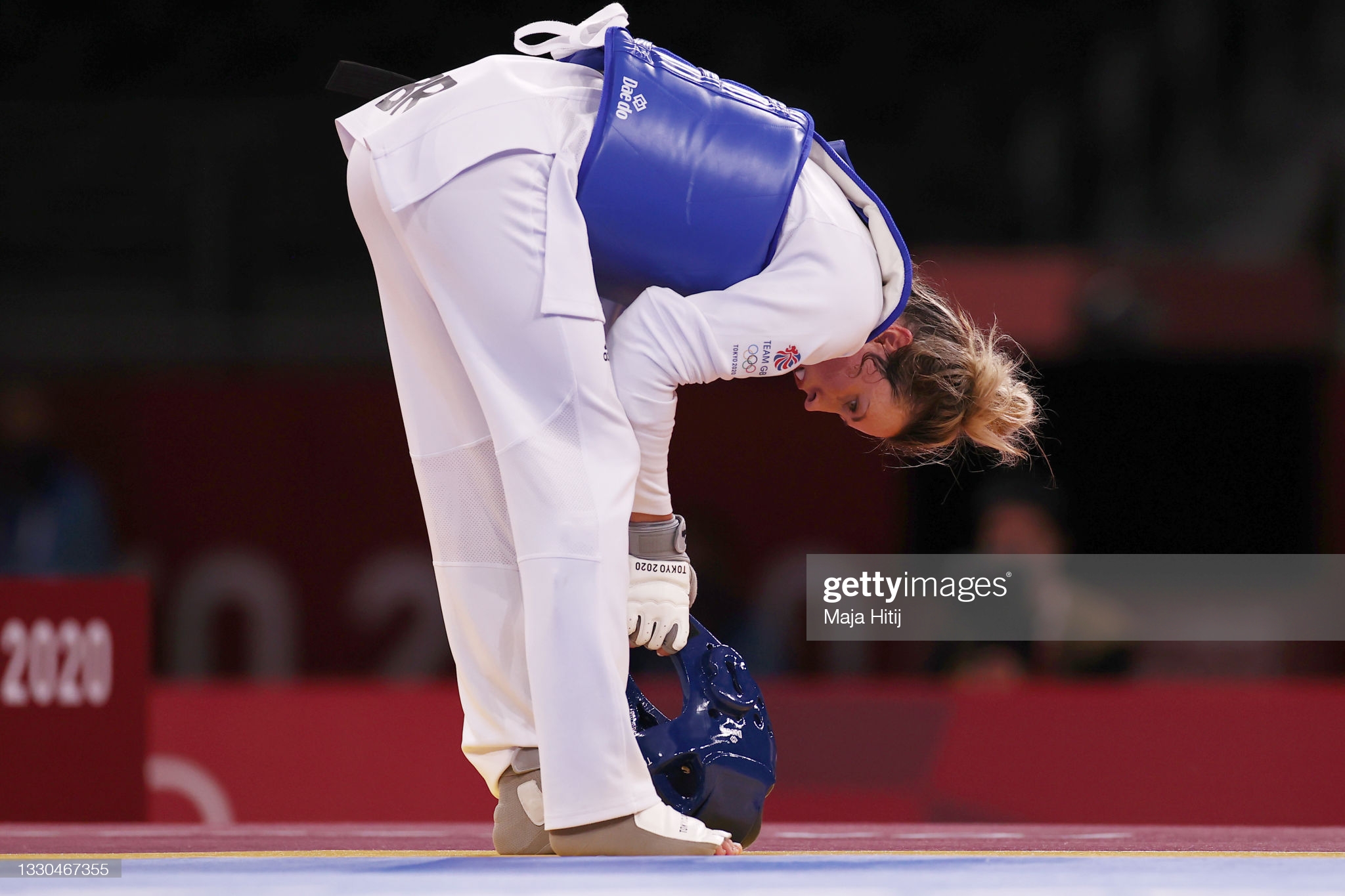 Jade Jones has admitted she failed to adapt to an arena without fans after her dreams of a third successive Olympic gold medal were shattered at the first hurdle in Tokyo.

The Welsh fighter had travelled to the Japanese capital seeking an unprecedented third gold medal in the sport following triumphs at London 2012 and Rio in 2016.

But Jones’ nine-year unbeaten Olympic record ended with a 16-12 defeat to Kimia Alizadeh Zenoorian in the last 16 of the -57kg weight division.

The Flint native – known as the Head Hunter – became the hunted as the 28-year-old led after the opening round of three but couldn’t sustain the momentum as Zenoorian, a bronze medallist from Rio and representing a Refugee Olympic squad, registered a famous win.

Jones admitted she struggled for inspiration without a crowd at the Makuhari Messe and her family back home in North Wales unable to travel to Japan due to the pandemic.

“I just felt I put too much pressure on myself going into it,” said the world number one and world champion.

“I felt it more than I expected on the day. So, not having my family there to push me out of that fear zone really did affect me.

“I am gutted I couldn’t do more. Champions adapt and I didn’t adapt.

“For me, I do love a crowd and my family being there so it was a struggle, and I did miss them.

“I wish I had gone after it more. But I didn’t switch into attack mode and stayed in scared mode.

“But she (Zenoorian) was better than me on day and she is amazing fighter.

“I am gutted because it wasn’t how I planned the day to go. I wasn’t the best so I have to take it on the chin and congratulate the other girl.

“It was a tough draw and I didn’t know who I was going to fight until two hours before. But no excuses.

“Fortunately, I have got the best family in the world. I Facetimed them after and they were celebrating as if I had won.

“They are still so proud of me so I am lucky to be going back to that win or lose.”

Asked if she would continue her career through to Paris 2024, Jones replied: “All the emotions are going to take a while to sink in.

“So, I will take some time out and figure it all out to see what I do next.”

Tough to watch Jade Jones so upset but she has nothing to prove to anyone. As a double Olympic champion, she is up there as a true great of Welsh sport https://t.co/wffKYwfYof

Jones was also denied a consolation shot at bronze in a repechage as Alizadeh who represented Iran five years ago in Brazil, eventually lost in the semi-finals.

Jones had previously admitted that constant speculation around the rescheduled event, which was pushed back a year due to the ongoing coronavirus pandemic, caused her to feel demotivated.

But even though her dream of a history making three successive Olympic Games gold medals is over, she still has unfinished business with Tokyo 2020.

With GB Taekwondo teammate and best friend, Bianca Walkden, hoping to win a cherished gold medal of her own on Tuesday, Jones is ready to put her own heartbreak to one side.

“When I looked up and saw her crying, I knew she was as hurt as me,” said Jones.

“Bianca is amazing and I will tell her my mistakes so she doesn’t make them herself. But it is all there for her to go and get that gold medal.”