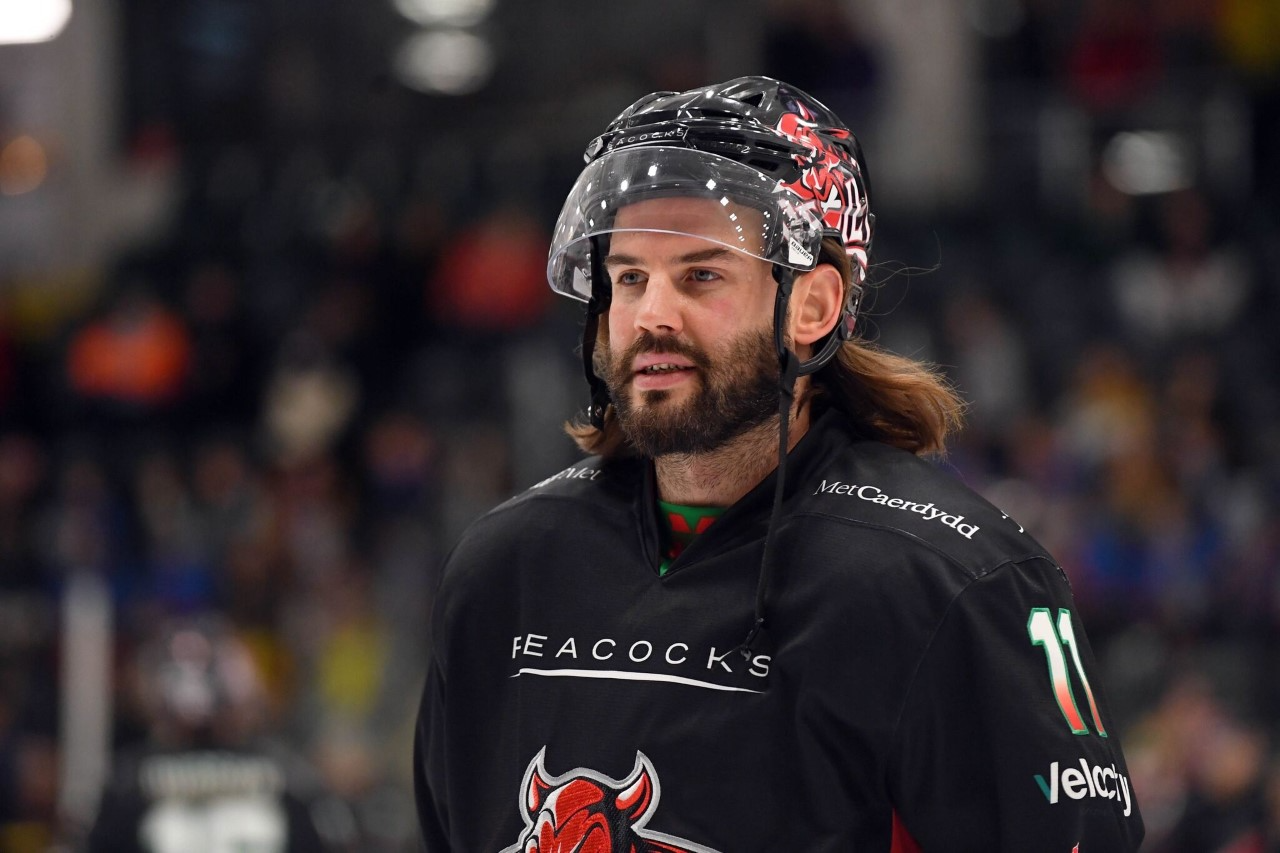 Influential two-way centre Stephen Dixon has boosted the Cardiff Devils’ preparations for the forthcoming season by signing for a third season with the team.

The 33-year-old has established himself as key piece of the Devils roster since joining from German DEL outfit Grizzly Wolfsburg in 2018.

His physical approach and success inside the face-off circle have resulted in Dixon winning the Player’s Player Award, the Red Army Travel Player of the Year Award and the Scott Matzka Award for his consistency and work ethic on and off the ice.

Dixon was selected by the Pittsburgh Penguins in the seventh-round draft of the 2003 NHL Entry Draft and spent three seasons at their AHL affiliate Wilkes-Barre/Scranton Penguins.

Before turning professional, he won Silver and then Gold at the World Junior Championships representing Canada alongside a team of future NHL stars including Sidney Crosby and Patrice Bergeron.

Prior to playing in Germany, Dixon played for two years in the Finnish SM-liiga with Tapparra, and prior to that played in Russia’s KHL and Sweden’s SHL.

CHL SCHEDULE CONFIRMED
Meanwhile, the Cardiff Devils’ schedule for the group stage of for the Champions Hockey League (CHL) has now been confirmed.

The following the Devils will travel to Europe to play the reverse fixtures.

The Devils will then complete their group schedule with two games against Finland’s Lukko Rauma in October.