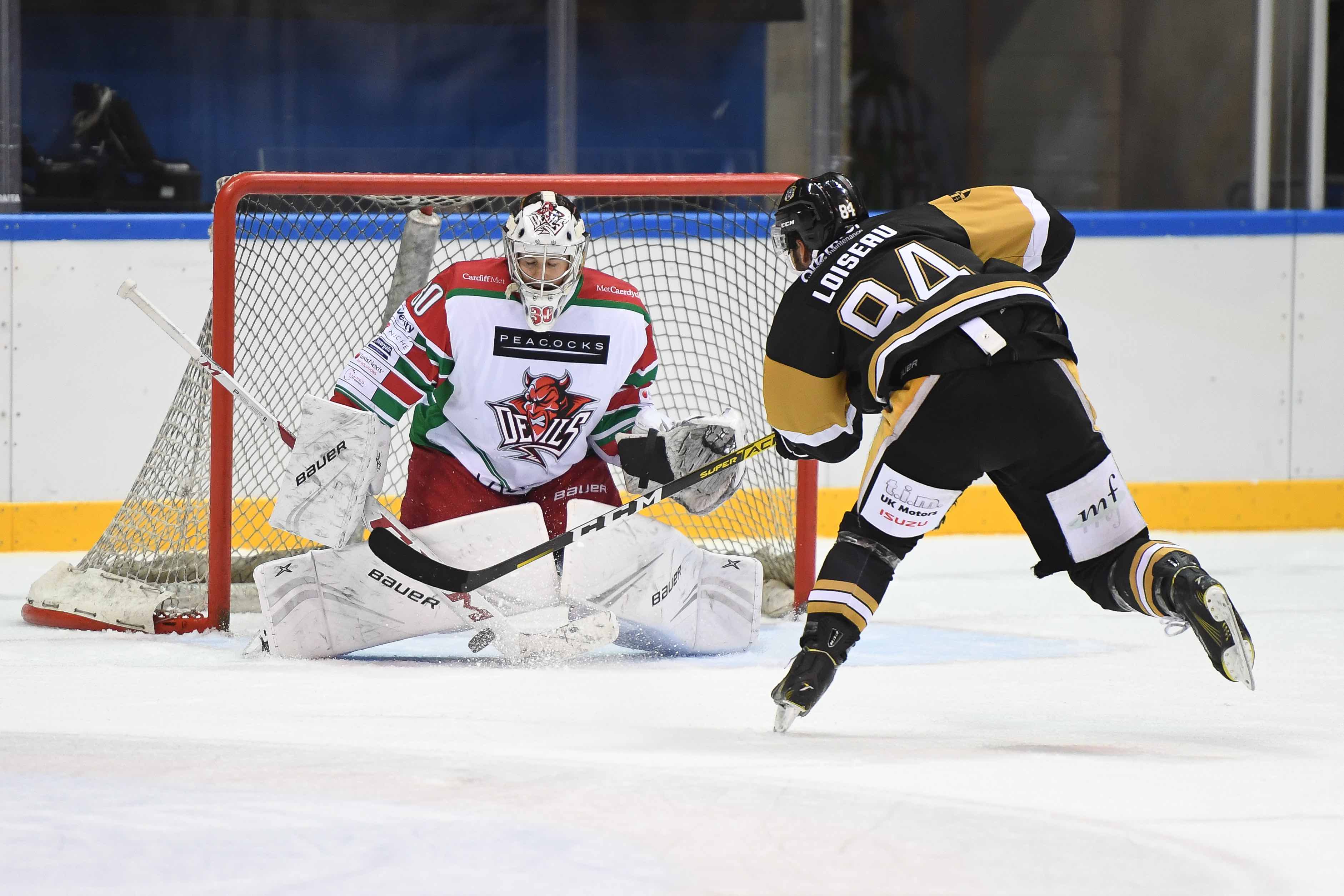 Netminder Ben Bowns was rested by Cardiff Devils for their pre-season challenge match at Nottingham Panthers with Thomas Murdy between the pipes.

Jordan Lawday was back-up goalie with Bowns taking a well earned night off, while Joey Martin and Joey Haddad had minor muscle niggles and did not ice.

Panthers, playing their first pre-season, won the game thanks to a goal scored 17 seconds from the end.

The Elite League rivals now face each other again on Sunday, this time at the Viola Arena, Cardiff Bay (6pm).

The teams traded solid chances in the opening 20 minutes, but the period belonged to the netminders and with Murdy coming up big on several occasions in net for the Devils.

At 33-44, the Panthers broke the deadlock when Jon Rheault found a way past Murdy to make it 1-0, while Devils levelled the scores less than a minute later thanks to a great tip from Stephen Dixon (34-31).

With just over three minutes remaining in the period, Panthers powerplay went to work and Adam Deutsch scored to give them a 2-1 lead at 36-59 – a third goal in three minutes and 15 seconds.

Charles Linglet tied the game up again at 44-15 with a great play to beat Panthers netminder Kevin Carr, but in the dying seconds of the game, it was Jon Rheault scoring his second of the game at 59-43 to give Nottingham the win.

Murdy was man of the match performance in goal for the Devils, making 31 saves on the night.

These two teams do it all over again on Sunday evening when the Devils host the Panthers.

TICKETS: Click HERE to purchase Viola Arena match tickets online or give the club a call on 0800 0842 666 to book. Tickets are also available from the reception at The Viola Arena.