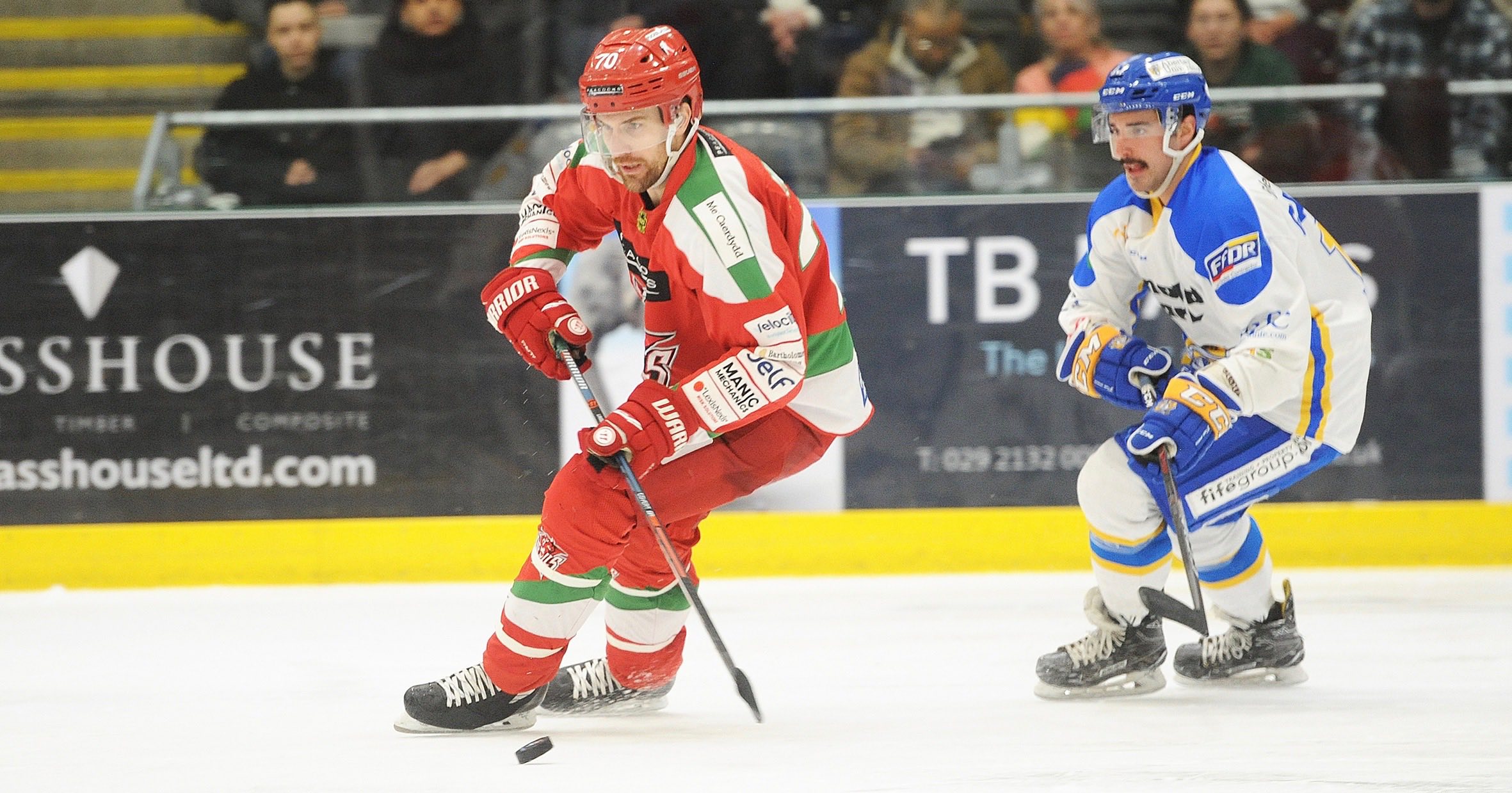 Charles Linglet led the Cardiff Devils charge in their 3-2 win against Fife Flyers at the Viola Arena in Cardiff Bay.

Head coach Andrew Lord was far from happy with the closing minutes when Flyers scored twice, including a shorthanded goal, but the reigning Elite League champions held on.

That left the home team facing a nervy finish when they had been three goals ahead and coasting.

Linglet (2) and Matt Pope were the Devils scorers in a third successive League win for the Welsh team.

They are now second in the table, three points behind leaders Belfast Giants with a game in hand.

Devils still have five League fixtures to play against Giants and they will be crucial in the title chase.

Defenceman Drew Schiestel made his Devils debut only two days after flying in from North America, playing his first match for seven months.

The man from Hamilton in Canada showed his quality in terms of speed, power and skill, playing alongside Bryce Reddick in  what looks a big combination.

The teams traded scoring chances in the opening 10 minutes, but both Shane Owen, in net for Flyers, and Devils goalie Ben Bowns kept the scorers at bay.

Cardiff scored during their first powerplay chance when former Devil Paul Crowder was sent to the box for tripping at the 11 minutes 47 seconds.

Stephen Dixon drove to the net and Linglet was there to bang in the loose puck at 12-47 with Dixon and Bryce Reddick drawing assists.

Devils doubled their lead just over three minutes later when Pope took over and tucked the puck past Owen at 16-15 with Sean Bentivoglio and Joey Martin picking up assists.

After a goalless middle period Linglet extended the lead with his second goal of the night, a beauty that saw the Devils leading scorer stickhandle through the Fife defence at 45-59 with Evan Mosey drawing the lone assist.

Flyers finally struck back at 52-06 with a powerplay strike from Mike Cazzola to make it 3-1.

Devils looked like they were going to coast through to the end of this one when they were on a powerplay with 2-28 remaining, but Flyers scored short-handed, courtesy of Joe Basaraba, at 58:16.

Fife pulled their netminder for the extra attacker, but Devils held on for the final 104 seconds to take the win.