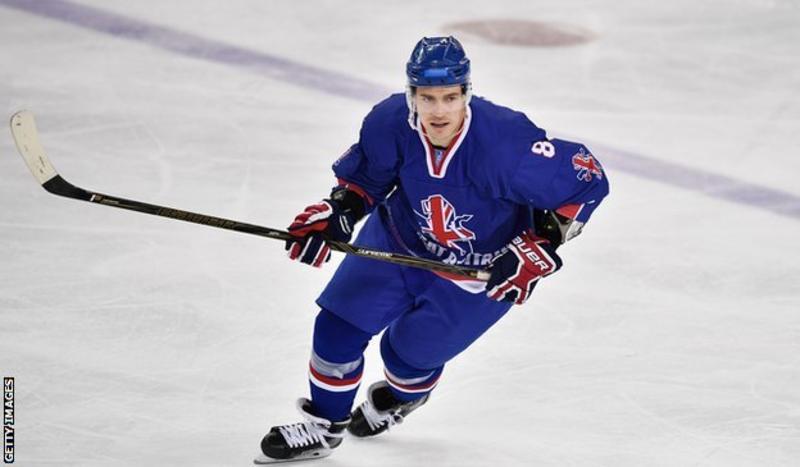 Cardiff Devils forward Matthew Myers will lace up and skate for Team GB for the 100th time in his career this afternoon against ice hockey heavyweights Sweden in the IIHF World Championships in Latvia.

Cardiff-born Myers contributed an assist on his 99th appearance as Team GB regained the lead in Wednesday’s 4-3 victory over Belarus – a result that has been dubbed one of the biggest in the team’s history.

The 33-year-old has been part of the senior Team GB programme since 2003 and is regarded as one of the best player’s Britain has produced.

Myers currently ranks fifth in the Championships for face-off wins with an impressive 64.15 win percentage, ahead of the likes of proven NHL stars Nico Hischier, Adam Henrique and Gabriel Vilardi. .

Myers assisted Ben Davies’ goal to put Team GB 2-1 ahead after Belarus has cancelled out Kirk’s first period opener.
Kirk then added a third as Team GB closed out the second period in style.
https://twitter.com/IIHFHockey/status/1397622362606956545

Mike Hammond, assisted by Richardson, gave Team GB a 4-1 lead in the final period before Belarus clawed two goals as they attempted a late comeback.

“It’s a massive win for us to beat Belarus,” Myers told the Team GB website. “The world rankings show they are a number of places ahead of us and we knew it would be a big night for us.”

“Throughout the tournament we have improved night on night and tonight we got one step better.

“We gave up a little more than we would have like in the third, but overall we played a great team game and came out with a huge regulation-time win.

“It’s a huge achievement. It takes guts to close out a game like that.”

The victory was Team GB’s first of the current campaign and follows on from the point they picked up in their 3-2 overtime defeat to Denmark on Tuesday.

That leaves Team GB in sixth-place in Group A with four points and a 1-0-1-2 (wins, overtime wins, overtime losses, losses) record from their first four games.

Sweden are 11-time gold medallists in the World Championships but a slow start leaves them bottom of the group with three points and a 1-0-0-3 record.

The Swedes will be looking for a bounce back performance after surrendering a 2-0 lead in the final period to lose 4-2 to Czech Republic yesterday, but despite the odds being stacked against them, Myers says Team GB will embrace the challenge.

“They are an excellent team with a star-studded roster up and down the line-up,” continued Myers. “We know we will be up against it.

“What’s better than challenging yourselves against the best teams in the world? We are going to embrace it, we’re going to enjoy it.

“We believe that every night we are going to get better and the next night is against Sweden and that’s what we’ll try to do, get better again and hopefully come out with the win.”

The game is live on FreeSports in the UK and their coverage begins at 2pm UK time.

FreeSports is available free on Sky Channel 422, Virgin Media Channel 553, on Channel 64 on Freeview and BT and via the FreeSports Player.