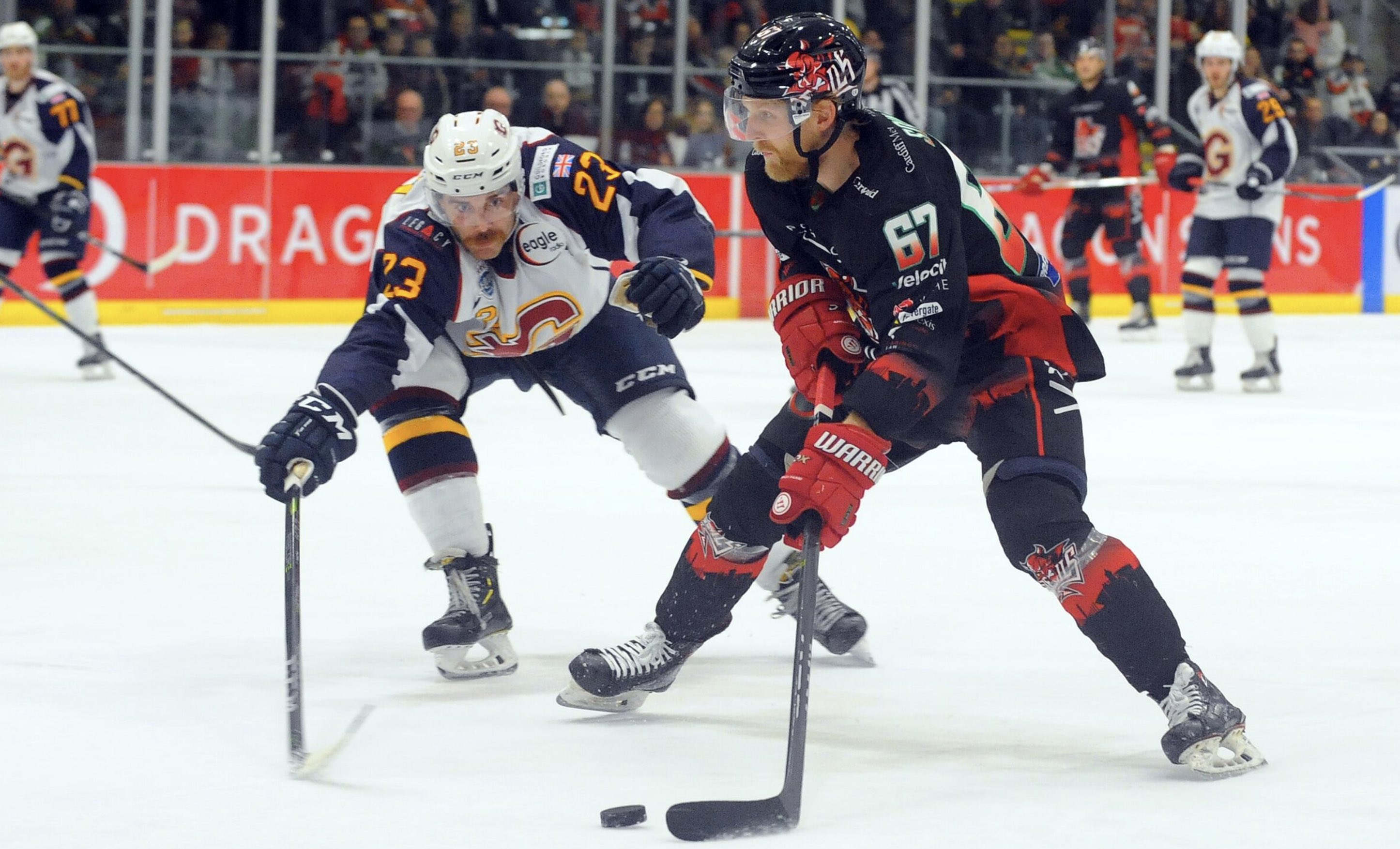 Devils suffered back-to-back defeats against group winners Guildford Flames over the weekend and now, if they are to progress, they must beat Blaze at the Viola Arena (7.30pm).

Sean Bentivoglio took his EIHL points tally to 200 (63 goals, 137 assists) in 216 matches thanks to his assist on man of the match Sean McMonagle’s powerplay goal against Flames at the Viola Arena, but that is scant consolation after a bitterly disappointing shootout defeat.

Guildford battled back from 3-1 down to force the match into overtime and then won the penalty shootout 2-1. Joey Haddad netted for Cardiff from his free shot, while Ian Watters and TJ Foster netted for Flames.

Devils earned one point because the match was level at the end of regulation time, while the visitors collected two points.

Flames are top of their group and have clinched a quarter-final place already, although they still have one match left to play.

Cardiff’s final group fixture is against Blaze at home on Wednesday and a Devils victory is crucial for the Welsh club, particularly with the Cup final being played at the Viola Arena next March.

Devils are on a poor run right now, having lost three of their last four league and cup matches, but they can still put that right.

A win against Blaze would put Devils into the last eight, while even a defeat would give them a play-off match against Manchester, Sheffield or Nottingham, who could all yet finish bottom of their group.

There are two games left in that group – Manchester v Sheffield home and away – while Nottingham have completed their fixtures and are in second spot.

Flames coach Paul Dixon is delighted with his team, saying: “Earning all six points from three games in four nights, topping our group and clinching a cup quarter final spot is a pretty good haul in the span of a few days.

“It is certainly something to build confidence from. We played pretty solid for most of nine periods plus a couple of overtimes, and even short a few bodies we have been able to fill gaps and get results.”

Guildford scored first against Devils when Watters scored a powerplay goal at six minutes 42 seconds, while Devils hit back to lead 3-1 thanks to goals from Joey Martin (PP), Sean McMonagle (PP) and Matias Sointu.

Watters, with his second on. A powerplay when Gleason Fournier was serving a four minute PP for slashing and cross-checking, and Cam Braes hauled Flames level at 3-3 and they won after overtime and penalties.

Devils had plenty of chances in extra time and Martin hit a post, but it was to be Guildford’s night.