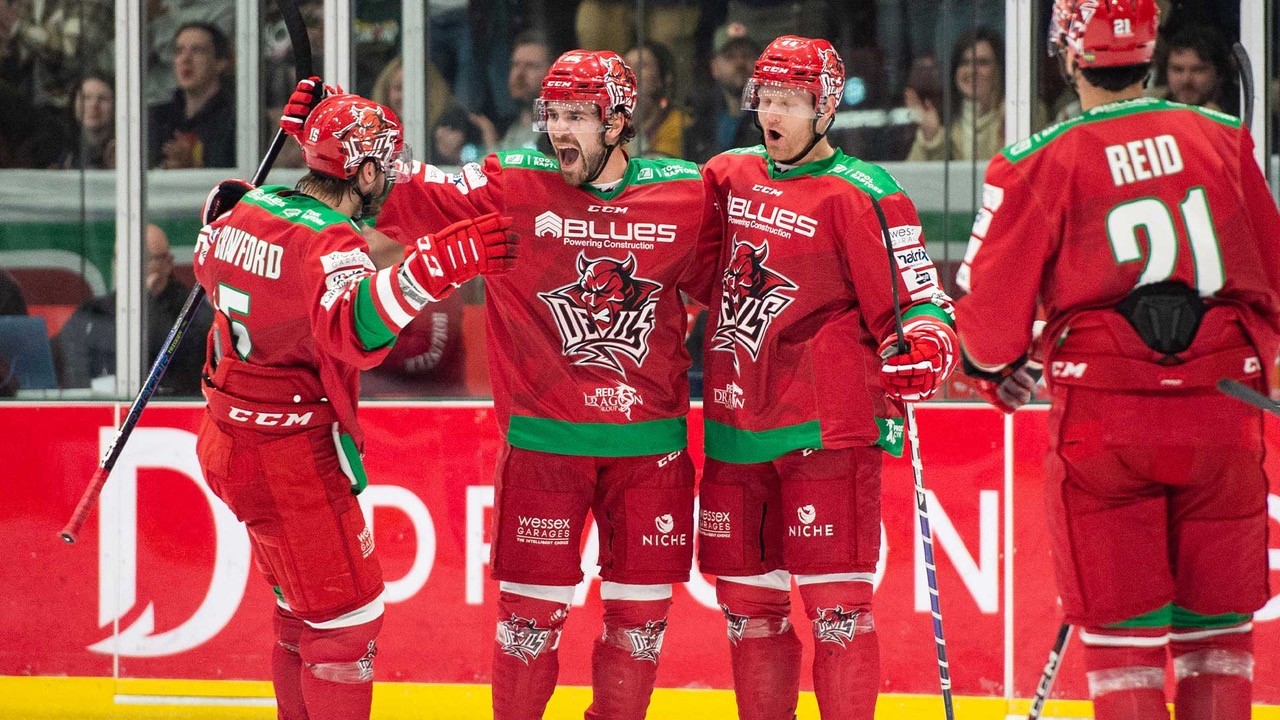 The Cardiff Devils finally recorded their first victory of the season in the Challenge Cup, putting an end to a four-game winless run – but it came at cost, after it was later announced that assistant captain Trever Cox will face a one-game ban ahead of tonight’s trip to Manchester Storm.

Cox was named Man of the Match after scoring the winning goal as a much-improved Devils outfit rallied to a 3-2 win over Coventry Blaze.

Cox, along with Cole Sanford, posted a goal and an assist as the Devils produced a relentless performance on home ice to hand Blaze their first regulation time defeat of the season.

However, a retrospective review by the league’s Department of Player Safety (DOPS) upgraded Cox’s slashing penalty to a more punishable ‘spearing’ offence, resulting in the player receiving both a fine and a one-game ban.

Despite Cox’s absence, the Devils can make the trip to Manchester (3-2-1 in the Elite League) in good spirits on the back of Saturday’s victory, which Brodie Dupont hopes they can use as a springboard to iron out some erratic results.

“I felt like we played a complete game and just to get the win is huge. It gives us something to build on and that’s what we’re looking for,” he said.

Devils outshot Blaze 19-3 in an entertaining first period, yet somehow found themselves level at the break, in no small part to Coventry’s British goaltending prospect Jordan Hedley.

Despite hard-hitting Riley Brandt setting the tone for the fully-committed Devils, Marly Quince put the visitors in front somewhat against the run of play.

And when Jake Coughler (Justin Crandall) popped out from behind the net to finally beat Hedley with 33 seconds left in the first period, it was as good as the Devils deserved.

The Devils picked up where they left off in the second period as Cole Sanford (Cox, Joey Martin) wired in a power play goal from the right face-off circle inside the opening two minutes of the middle frame.

Hedley continued to frustrate in their attempts to extend their lead and Blaze stubbornly hit back in the final minute of the period. David Clements tucked Colton Yellow Horn’s rebound past Ben Bowns, before Cox was unable to convert from a penalty shot with 15 seconds remaining.

Going into the third period tied, Dupont says his message to the team during that final intermission was to dismiss any frustrations and to persevere in order to get of their Challenge Cup lull.

“I felt we just needed to clean up our discipline a little, but mostly the message was just stick with it,” he said.

And Cox put his earlier miss behind him, patiently waiting for space to open, before pulling the trigger on a shot that sailed over Hedley’s shoulder and into the top-corner.

“Psychology and emotionally it was good to get the win,” said Dupont, who praised his team for playing a complete performance.

“We focused on the process and being in the moment – but we’re all competitors and look where we are in the Cup and we understood that tonight was a very big night.

“To get the win and the way we did it, by sticking to it and playing our game the whole 60 minutes, it felt like we played a complete game and just to get the win is huge. It gives us something to build on and that’s what we’re looking for.

“Sometimes there’s a lot of outside noise – it’s good when we’re winning and not so good when we’re losing, but our main focus is our group inside the dressing room and trust that we have a plan,” he added.

“Every team goes through a little bit of a lull and we’re finding our way through it, and to get the win, psychologically, it puts us in a better position than after our last game.”