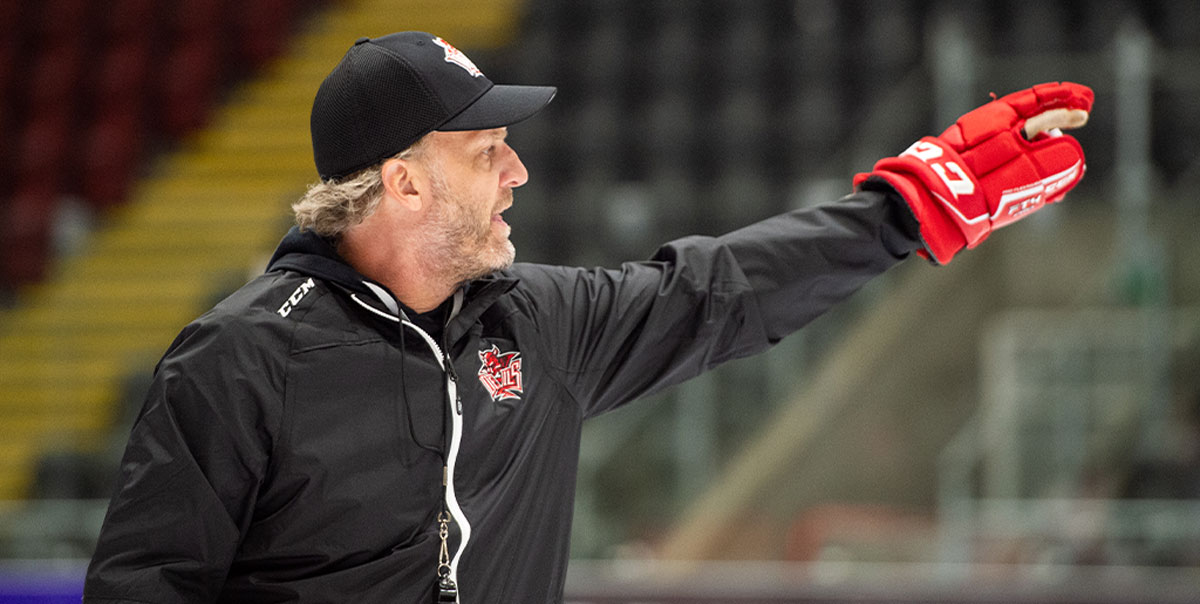 A lot can happen in 539 days, just ask the Cardiff Devils.

Tonight they will mark their return to Ice Arena Wales (IAW) for the first time since March 2020 where they’ll go toe-to-toe with Germany’s Alder Mannheim in their opening game of the Champions Hockey League – Europe’s top continental club competition.

The Devils, drawn in Group C, will play twice in three nights with Swiss side Lausanne HC also in town on Saturday. Spectators are also allowed to return to the IAW where it’ll be a night of firsts for the new-look, new-era Devils.
https://twitter.com/cardiffdevils/status/1430787276980752385

Canadian Jarrod Skalde was appointed as new head coach almost a year ago but has had to wait for ice hockey to be given the green light to finally get to work on preparing his team for competitive action.

The Devils roster that enters the new season bears little resemblance to the one that won multiple titles under former coach Andrew Lord, with just five players who played during Lord’s reign returning.

The pandemic cruelly broke up the previous roster with players understandably departing to ply their trade back in North America or in European nations where hockey was able to remain uninterrupted.

Former favourites such as team captain Joey Martin, Joey Haddad, Gleason Fournier and Ben Bowns are no longer on the Devils roster, while a controversial limit on British-born players imposed by the Elite League, was likely the deciding factor in influential veteran Matthew Myers not returning.

That exodus has meant Skalde has spent almost the entirety of his first year as Devils head coach overseeing a rebuilding process. The fruits of the team’s recruitment drive is a very different roster that is neither tried nor tested, but there is optimism in how the Devils have managed the rebuild right from the top of the game.

Part-owner Steve King recently revealed that feedback during a conversation with the assistant general manager of the NHL’s San Jose Sharks was overwhelmingly positive about the Devils recruitment, suggesting that a number of the newly-signed players were capable of making a big impression.

Amongst the new faces, Brodie Dupoint will have a key role as centre on the top line and former NHL defenceman Brendan Mikkelson can establish himself as an influential figure, while goaltenders Mac Carruth and Taran Kozun are vying for a starting spot.

Long-serving defenceman Mark Richardson has been handed captaincy duties this season in what will be his 14th season in Cardiff, while Mikkelson along with the returning pair of Stephen Dixon and Sam Duggan have been named as assistant captains.

The buzz and excitement heading into the new season is understandable but early expectations need to be tempered, especially when competing against some of the best teams across Europe.

Visa issues in North America have hindered the team’s early season preparations with players arriving later than hoped, forcing the team to withdraw from a pre-season tournament in Slovakia that would’ve provided some much needed competitive practice.

Instead, Skalde is forced to send his team out against some of Europe’s best teams with only training drills and tactical sessions as preparation.

But these are the times we are living in as British ice-hockey restarts in a post-pandemic world.

The Devils’ new-era will not be without its challenges, but the returning fanbase can look forward to new names emerging as key players and fan favourites as the new season unfolds. But whatever happens over the next 539 days, Skalde and the Cardiff Devils will just be glad to be back doing what they do they do best.

Tickets for both Champions Hockey League games are available on general sale via the team’s official website.