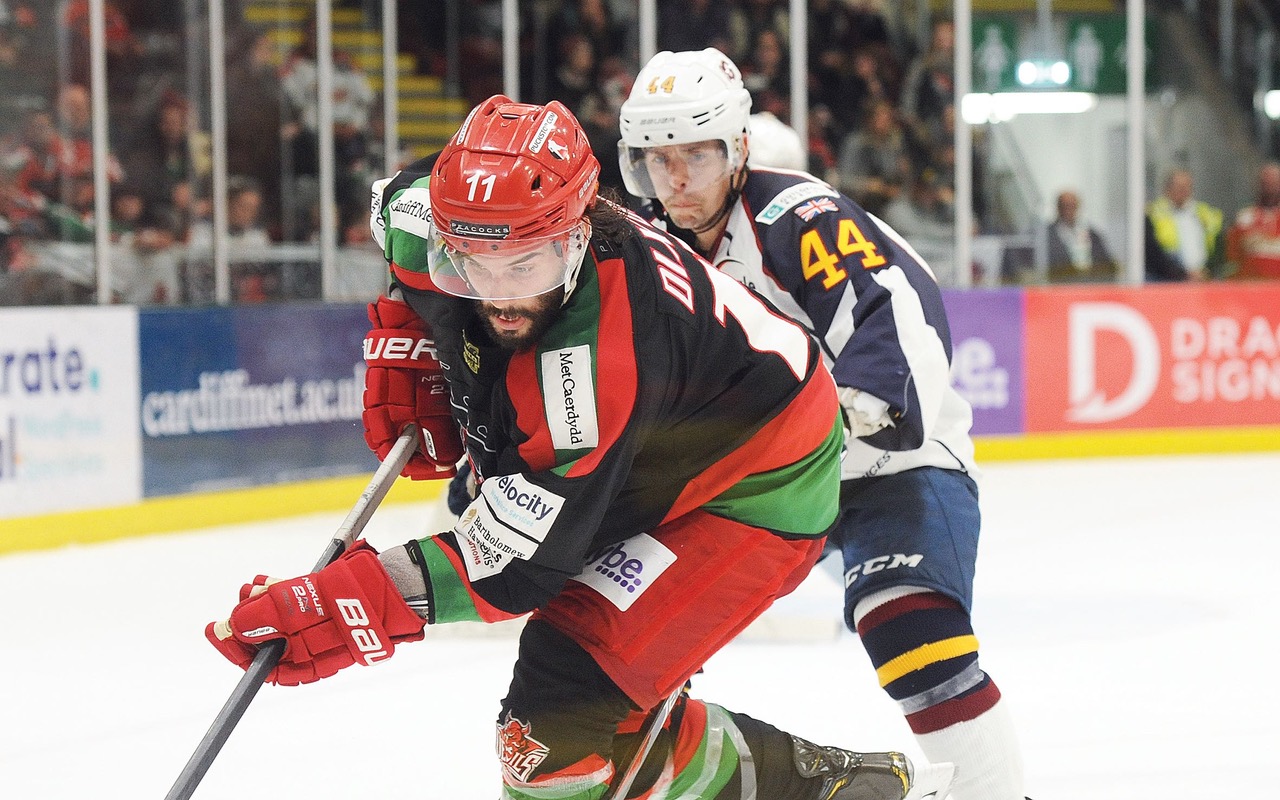 Cardiff Devils were rocked by the shooting Stars of Dundee, but came through the Elite League test with flying colours.

The Scottish visitors led 3-1 and 5-3 at the Viola Arena in Cardiff Bay and Devils were forced to fight and scrap to the bitter end.

It was a tough ask because this was a fourth match in six days for Cardiff, who played European champions Frolunda Indians in Sweden only two days ago.

Remarkably, though, Devils won the final period 5-1, a stat which underlined the fitness, hunger and desire of Lord’s players.

Head coach Andrew Lord welcomed back Blair Riley from injury and he joined Charles Linglet and Stephen Dixon on a potent line, but Mike McNamee and Evan Mosey were still missing.

The Riley, Linglet, Dixon line popped up with the seventh goal to put Devils ahead at a crucial time and they earned a magnificent victory.

Devils players must have been desperately tired, but they fought with character, spirit and a hunger for victory.

Those Devils fans who can occasionally be negative about their team simply have to applaud the sheer effort and commitment shown in this home win.

Stars have beaten Glasgow Clan and Belfast Giants, both home and away, plus Manchester Storm, Guildford Flames and Fife Flyers this season – and they are a team with an abundance off power and pace.

Yet Lord’s Devils overcame a massive challenge to snatch a memorable victory.

Devils looked in trouble with only five minutes left when Riley (slashing) and Reddick (holding the stick) were penalised on 54-53. That handed Stars two minutes of 5v3 – and they quickly pulled goalie Alex Leclerc to give them a sixth skater.

Then Welsh winger Matthew Myers fired into the empty net and clinched a hard-earned victory for the home team, who now has e the luxury of trio full days off before they travel to face Coventry Blaze in a League clash on Sunday.