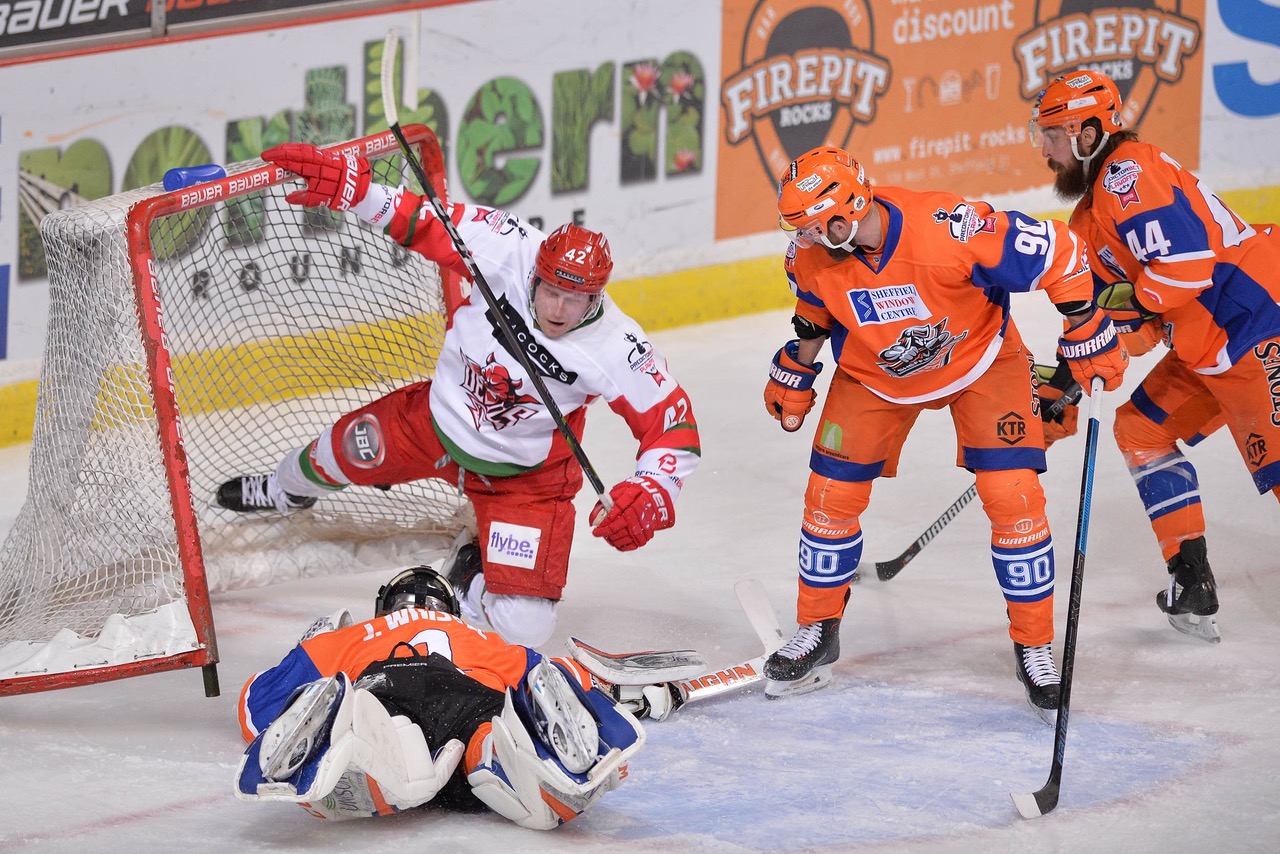 Cardiff Devils and Sheffield Steelers clash in what is certain to be an intense, physical play-offs match at the Viola Arena in Cardiff Bay this evening.

Steelers won the first leg 5-4 at home, having opened a 5-1 lead, and coach Andrew Lord said: “Some teams would have folded, but we have guys who care.”

A major turning point came when James Livingston was thrown out on a spearing call and that gave Steelers a five minute powerplay during which they scored twice and then added a shorthanded fifth.

“If anyone knows our team well enough, we’re going to keep going no matter what,” said Lord.

“That’s what we showed in Sheffield. We have to keep going until we can’t go any more.

“It was an intense game with both teams playing physical around the nets, putting their bodies on the line hitting and blocking shots.

“The five minute major was a game-changer when Steelers scored twice and that was huge. It was a crazy night, but I like the way we stuck at it.”

Steelers coach Tom Barrasso said: “The most important thing tonight is our start.

“We have to be ready to go from the off because Cardiff come hard at you in their own building.

“I liked a lot of the things we did in the first leg in terms of blocking shorts, playing physical, and these are things we’ll need to do again this evening.”

All four Elite League play-offs second leg matches are played today and they are:

The game is being shown live on FreeSports with Aaron Murphy and Paul Adey commentating.

Cardiff will be confident, having scored 20 goals in three games at home against Sheffield this season.

Earlier today, less than 100 tickets remained for Devils’ final home fixture of the season. They are available from: CLICK HERE TO BOOK ONLINE or CALL 0800 0842 666 to book

Nottingham and Fife prepare for a ‘winner takes all’ second leg battle at the Motorpoint Arena.

“A one-off game with all to play for,” said Fife coach Todd Dutiaume.

“We absorbed a lot of what Nottingham threw at us. They have a deep team, but we completed throughout the game and will do so again.”

Coventry have the biggest task of the return legs..

“Belfast were better than us in all areas – not that we were awful, but we didn’t match their elevated game,” said Blaze coach Danny Stewart.

“We just have to chip away now. We owe it to ourselves and our home fans to put in a performance tonight.”

Glasgow need to end a four-game home losing streak if they’re to make it through to finals weekend.

Over those defeats the Clan averaged giving up four goals per game, something they probably can’t afford to do against Flames.

What happens if any of the quarter-finals are tied on aggregate after 120 minutes?

If the scores are level on aggregate after 60 minutes tonight, there will be a five-minute, sudden-death overtime period played 3-on-3.

If that fails to produce a winner, the teams will contest a best-of-five shootout. Should that not see a result either, the shootout will continue as sudden-death.