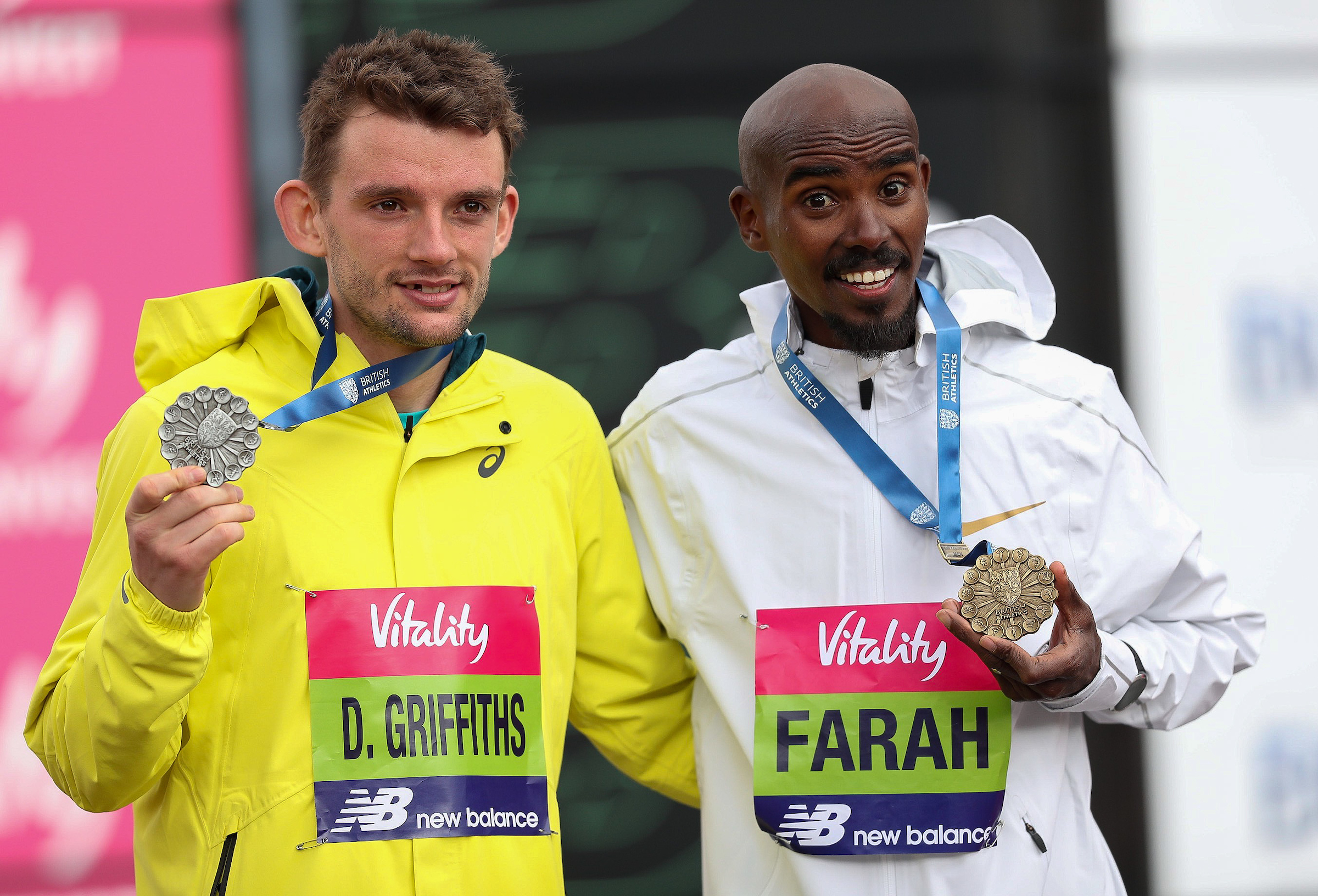 Dewi Griffiths has put the disappointment of not making it to the Tokyo Olympics behind him and is setting his sights on next year’s Commonwealth Games.

The Swansea Harrier – Wales’ leading marathon runner – admits his “head went” due to the disappointment of failing to claim a place in Japan at the marathon trials in London last March.

After leading for much of the race, Griffiths fell away in the closing stages, finishing fourth in 2:13.42 – outside the qualifying places and time.

But Griffiths, known as one of the toughest competitors on the distance scene, has bounced back from his Olympic setback and is enjoying running again.

Although his long term ambition may be the Commonwealth Games marathon in Birmingham next year, in the short term his goal is to get fit and have fun racing over shorter distances.

Speaking after leading Swansea Harriers to victory in last weekend’s Welsh Road Relay Championships at Pembrey, Griffiths said: “I ran the marathon trials back in March and to be honest my head went for a couple of weeks because of the disappointment of not making it.

“I wasn’t good enough on the day.

“When I started running again I picked up a niggle – somewhere along the line I got injured.

”So, I decided to take my time and just have fun again, running with no pressure for a bit.”

Griffiths certainly looked like he was having fun at Pembrey as he ran the final leg of Swansea’s winning effort and recorded the fastest individual time of the day.

This Sunday he will be toeing the line at the 40th anniversary Swansea Bay 10K, while many marathoners will be making their final preparations for the London Marathon on October 3.

Having clocked the Commonwealth Games marathon qualifying time at the Olympic trials, Griffiths is in no immediate hurry to tackle 26.2 miles.

“Luckily, the time I did at the trial is the under the standard needed for the Commonwealth Games,” he said.

“The plan is to get fit by Christmas and then, hopefully, get selected and run a good marathon in Birmingham next year.

“That’s the long term goal, but in the short term, after the 18 months or two years we’ve had, there’s all these races I wanted to do, I’ve always done them and I want to do them again.

“At the moment I’m pretty much racing every weekend because I love racing.

“I’m looking forward to Swansea Bay – that’ll be another one ticked off. I’m getting my fitness back to where I want to be again.

“I’ve already got the standard up for the Commonwealth Games and as long as three guys don’t beat my time, hopefully I’ll be selected.”

No one could blame Griffiths for not wanting to risk injury unnecessarily.

The Carmarthenshire farmer has endured a run of injuries and illnesses over the past few years which have prevented him from fulfilling his potential at major championships.

The seven-time Welsh cross country champion was an accomplished performer on the track before deciding to move up to the marathon.

Having run 2:09.49 on his marathon debut in 2017- the second fastest time ever by a Welshman – Griffiths was denied a place at the 2018 Commonwealth Games in Australia by a hip injury.

Then, a mystery illness, eventually diagnosed as a balance problem which was putting a strain on his body, meant he also missed out on the 2019 World Championships in Doha.

Of his decision not to run in London, Griffiths said: “I didn’t really need to put myself through the training of a marathon at the moment.

“Unfortunately, if you’ve got a weakness the marathon finds it. I didn’t want to put myself through that again, breakdown for Christmas and then have to rebuild again.

“It was better for me just to take a bit of a back step, get back that base layer I’ve lost over the last few years and just have fun racing again, maybe even doing some cross country again over the winter.

“I want to have a bit of fun, get fit again, and then hopefully push on next year.”

Being able to perform to the best of his ability at the Commonwealth Games is hugely important to Griffiths.

This Sunday is due to see the return of the award winning Admiral Swansea Bay 10k.

The 40th anniversary staging of the annual race starts at 11am from the St Helen’s sports ground. Visitors and motorists to be prepared for road closures on the day.

“It’s the only chance you get to wear a Welsh vest at a major competition so it’s always a proud one and I’ve got history with the Commonwealth Games,” he said.

“Then I got injured and was told the week before getting on the plane that I wasn’t going to the Gold Coast.

“So, I feel like I have to give a good account of myself in a Welsh vest in Birmingham where all my friends and family have got a chance to come as well.

“I want to put a show for them. If they’re going to make the effort to be there, I want to give him something to cheer.

“I feel like there is a big one there. Hopefully, on the day I can make it happen.

“It’s a 12 month plan and hopefully come Birmingham at the end of July next year, I’ll be ready to go and try and mix it with the best on the day.”

Until then, he plans to enjoy himself even closer to home, starting on the streets of Swansea this Sunday.

The Swansea Bay 10K starts this Sunday from outside the St Helen’s rugby and cricket ground at 11am.