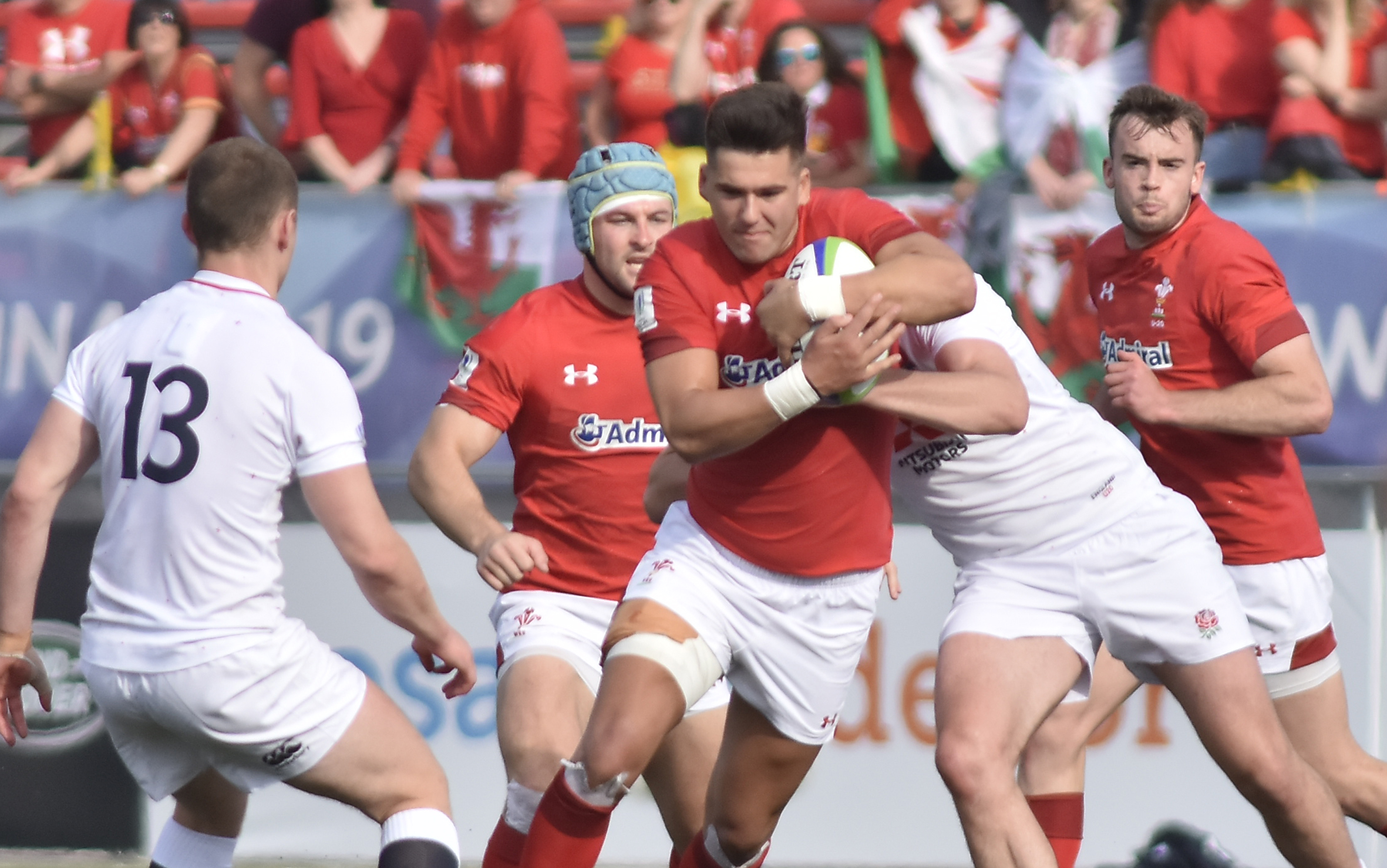 Dewi Lake insists his Wales team should be proud of their efforts at the World U20 Championships, despite losing to England in the fifth-place play-off.

Skipper Lake – who led his team to victory over New Zealand in their previous match – admitted Wakes were well-beaten after England completed a convincing 45-26 win in Rosario, Argentina.

But the Ospreys hooker said: “We set ourselves the goal of winning the competition, but what’s done is done.

“We’ve made some memories and boys should be proud of how they’ve played.

Tries from Josh Hodge, Will Capon, Joe Heyes, Fraser Dingwall and Ted Hill along with a penalty try got England over the line.

But coach Gareth Williams’ side scored four tries of their own courtesy of Jac Morgan, Lake, Ed Scragg and Rio Dyer while outside half Cai Evans kicked six points.

An excellent try by Rio Dyer at the end of the second half!

Lake added: “I spoke about it before the game – that we had to come out firing. But any time you go 21 points down to team as good as England, and how clinical they are, it’s hard to come back.

“Credit to the boys after that, we did well to come back. I said to them – let’s not got out quietly, let’s build our way back. We did that.

“But we can learn from this. We have to start quicker. You can’t go 20 points down to a team as good England.

England captain Fraser Dingwall said: “It’s important to look back on this tournament and say we have grown. To kick on and get four wins out of five, I think that is a good show.”

Wales had never beaten England in three previous U20 Championship meetings, and did not look like registering a maiden win following a frantic opening 15 minutes in which Steve Bates’ side built a 21-0 lead.

Hodge went into match-day five as the tournament’s leading scorer, and brought up his half century within six minutes as he chased his own chip, beating Ioan Davies to the bouncing ball to dot down a try he then converted.

The England winger had been gifted possession by an errant Ryan Conbeer pass and another Welsh mistake, this time a crooked lineout throw on their own 22, invited the pressure from which Will Capon powered over soon after.

And with less than a quarter of an hour gone England went three scores in front – and through the 2,000-point barrier – as another flowing counter-attack ended with a deliberate knock-on from Tiaan Thomas-Wheeler that resulted in a yellow card and penalty try.

Wales held England out during the centre’s absence, but conceded again on the stroke of half-time as prop Joe Heyes burrowed over from close range. Hodge’s conversion made it 28-0 at the break.

Tries from Morgan and captain Lake in the opening 10 minutes of the second half gave Wales hope of an unlikely comeback. But it evaporated almost immediately after Lake had touched down, as Cai Evans was charged down by Luke James from the restart and captain  Dingwall gobbled up the loose ball to score.

Ed Scragg again reduced the arrears with a third Wales try, from another lineout drive, but Hodge added a penalty to further sap their momentum.

Hill then scored in the left corner to put the seal on England’s victory before Dyer provided some late consolation for Wales.