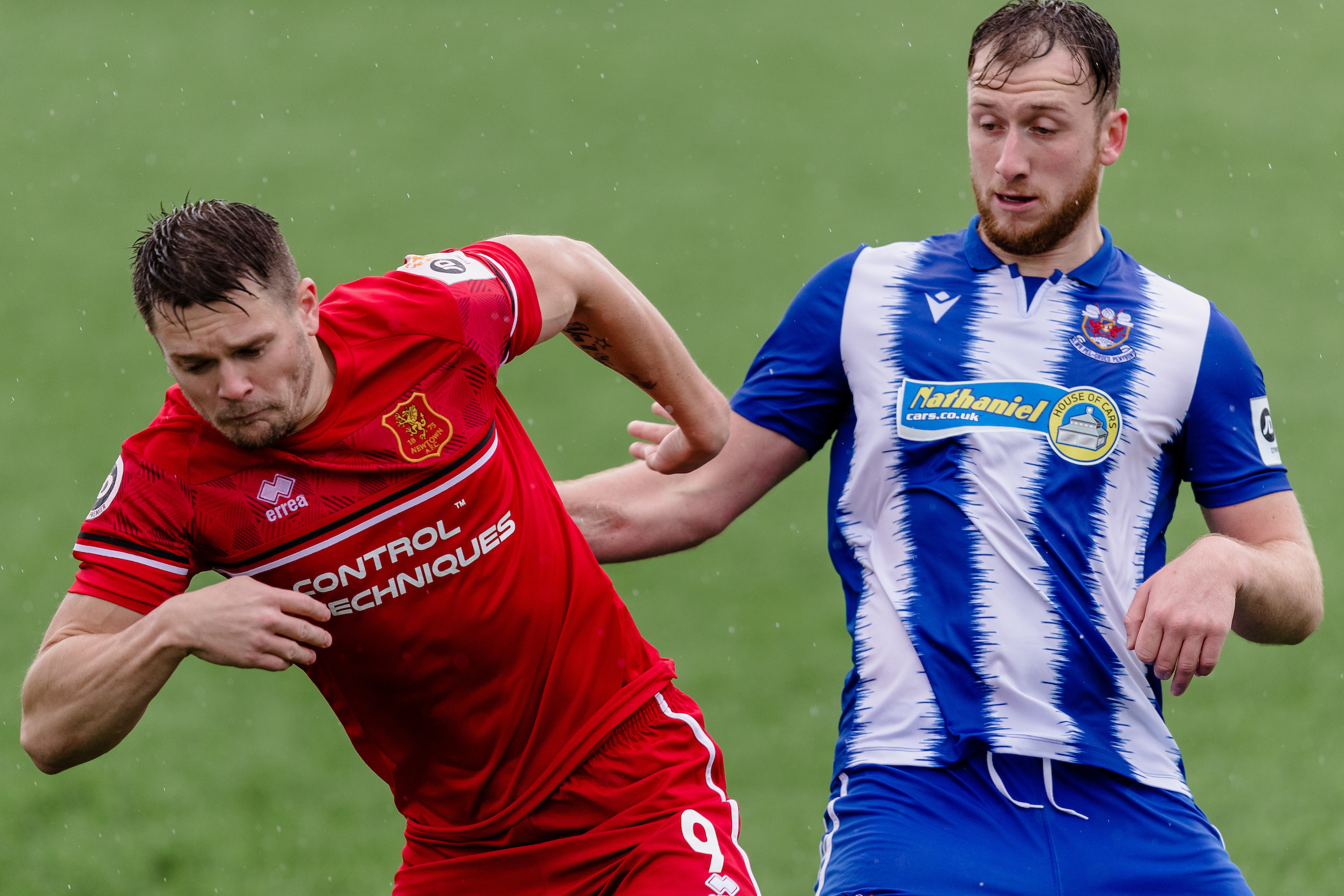 It’s been no less than 73 days since a ball was last kicked in JD Cymru Premier, but the league’s Covid-induced hiatus finally comes to an end tonight in mid-Wales where Newtown face Penybont (8.00).

The fixture will kick-start the 2020/21 season which has been on hold since mid-December and an intensive schedule will see Phase 1 of the season (22 games) completed within four weeks.

Newtown and Penybont however, carry different objectives into their crammed schedules.

Prior to the league’s suspension, Newtown endured a disappointing sequence of results that dashed the Robins’ hopes of making a push for a top-six spot as they slid into an unfamiliar position, sitting second from bottom in the table.

Manager Chris Hughes will have had plenty of time to reflect on his side’s uncharacteristic form during the downtime and has opted for a ‘tried and tested’ approach to improve Newtown’s fortunes for the remainder of the season.

Of the six new faces to be added to the Robins’ squad during the January window, four are former players.

Amongst the returnees, was the surprise signing of former defensive stalwart and captain Shane Sutton from AFC Telford United, who believes Newtown have enough quality within their ranks to turn things around.

“It’s exciting to be back and I’m ready for a fresh challenge”, he said upon returning.

“I know the core of the squad from when I was previously here, and a few of the other members of the team. I’ve been watching the games and have been really impressed with the players we’ve got in the squad”.

Along with Sutton, attacking left-back Callum Roberts returns on a loan deal from champions Connah’s Quay, as well as midfielder Alex Fletcher, who had spent three and a half seasons previously at Latham Park, and Shrewsbury Town youth product Lifumpa Mwandwe, who has now inked a permanent deal with Newtown.

Under astute manager Rhys Griffiths, mid-table Penybont have established themselves as serious top-six candidates in what is only their second season in the JD Cymru Premier.

Griffiths resisted the temptation to add to his squad in January in firm belief of his current group of players.

“We’ve got options in every position and the likes of (former Swansea City winger) Mason Jones-Thomas still waiting for an opportunity to show what he can do,” he said at the time.

“For Penybont a lack of activity in the transfer window is due to me being happy with my squad and having enough to achieve our goals.”

With the threat of being dragged into a relegation fight diminishing following their encouraging start, Penybont can instead focus on making a push for top-six finish and possibly beyond that.

Mael Davies scored in Penybont’s 2-1 win over Newtown earlier this season and has no doubt as to what his side’s aspirations are for the rest of the season.

“Top-six, 100 percent! I think the two matches against (fourth-placed) Barry will be huge for us if we’re going to try and get into the top-four, but the ultimate aim is to get into Europe,” he told Sgorio.

“That’s the aim for everyone at the club from Rhys all the way down to us, the players.”

“Hopefully, we can do it, but there’s a lot of hard work ahead of us.”

Sgorio will be providing live coverage online via Facebook.

WPWL SET FOR RE-START THIS WEEKEND
The Orchard Welsh Premier Women’s League will restart this Sunday (7th March) with Aberystwyth Town hosting Briton Ferry Llansawel before a full round of games the following the weekend.

Cardiff Met were the early pacesetters prior to the league being suspended in December, leading Swansea City on goal difference.

TIER 2 PUSH BACK START DATE TO 26TH MARCH
The FAW’s National Leagues Board have announced the intended Return to Play date for the JD Cymru North and JD Cymru South has been pushed back, whilst it waits to have its ‘Elite Status’ reinstated by the National Sports Group.

“Following the Welsh Government announcement that the country would remain at Alert Level 4 and the second tier not having its ‘Elite Status’ reinstated by the National Sports Group, the NLB revised its proposed return to play date for the Tier 2 competitions,” read the statement.

“Consequently, should the Welsh Government reduce the National Alert Level to 3 at the next Welsh Government Coronavirus Review, or should the Tier 2 leagues have its ‘Elite Status’ reinstated, whichever comes soonest, the leagues will resume on the weekend of the 26/27th March 2021.”