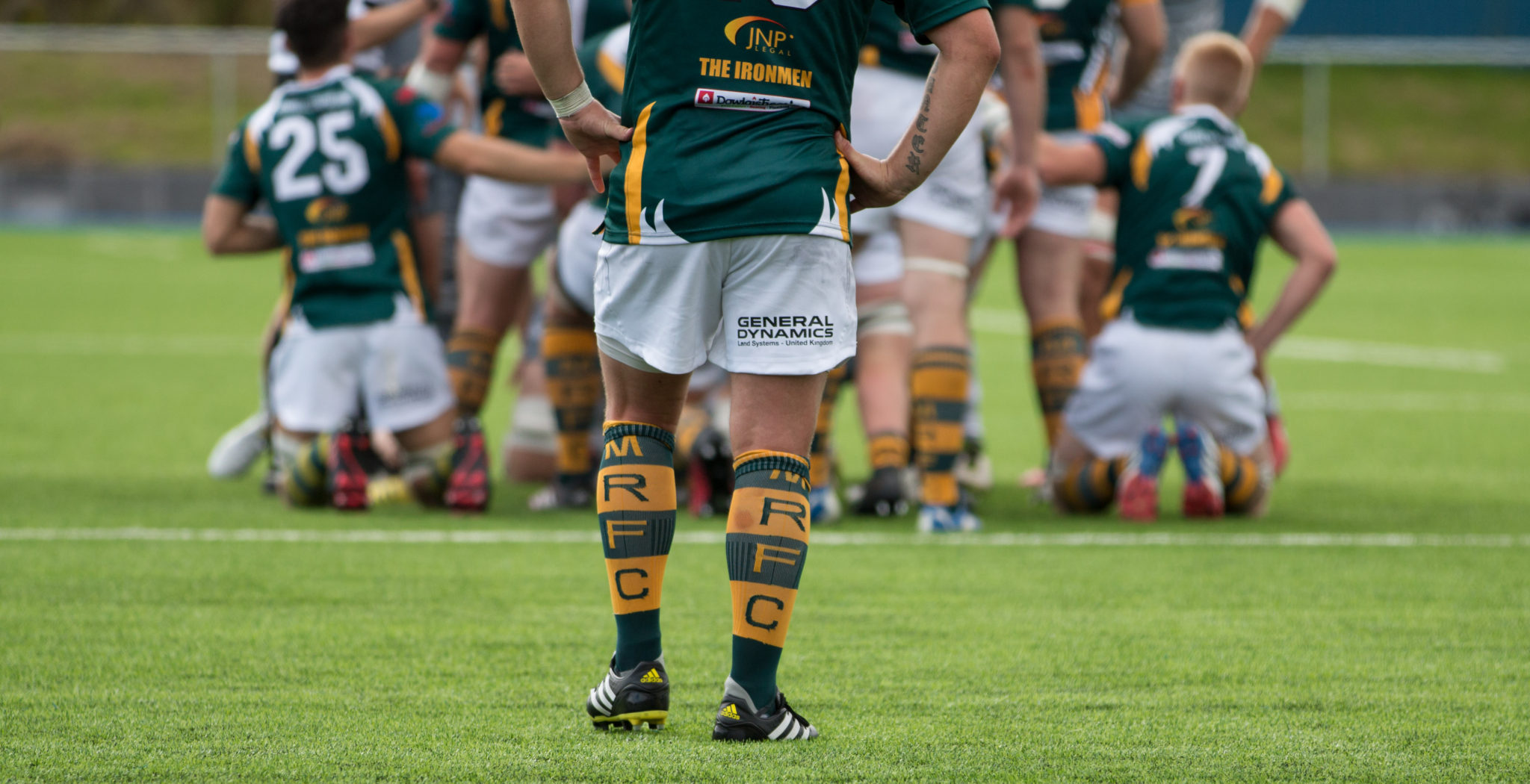 For regions and clubs, the rugby season starts this weekend with plenty of pre-season friendlies. Then, the league action begins three weeks later. For the Principality Premiership, this campaign will be another of re-structure and upheaval. Geraint Powell examines the twists and turns of the semi-professional league and suggests a way to make it fit for purpose.

Oh, what do we do about the WRU Premiership?

This question has haunted Welsh rugby since the creation of the professional regions in 2003, with the famous Cardiff, Llanelli and – sort of, until 2017 – Newport club brands unhelpfully diluted.

For this league has been the primary victim of our botched resource concentration in 2003, trying to treat the set menu regional or provincial rugby package as an a la carte menu.

It has been exclusively a South Wales club league, it has seen a North Wales development region join.

There has been no teams between these clubs and the regions in the pyramid, there has been Regional Premiership Selects and now there will be early season Regional ‘A’/U23 teams.

A try has been worth five points, a try has even been worth six points.

It has tried everything, without ever really satisfying anybody.

It has primarily just highlighted the problems of a regional pathway without the legitimacy of full regionalism, some of the semi-pro club fans now amongst the most indifferent or hostile to the regions. The polar opposite effect to the intention behind the required resource concentration.

For aligners/integrators, the driving force behind the resource concentration into regional/provincial rugby, none of this chaos should have arisen upon the founding of the regions.

The successful longstanding provincial rugby tournaments in New Zealand and South Africa below the resource concentration regional franchises for Super Rugby were the template, for the WRU Premiership to “emulate” as the then WRU Chief Executive put it.

The WRU Premiership should primarily have been both a continued competition of its own with an ancillary role as part of the resource concentration as a stepping stone for players, coaches, fans, sponsors and even equity investors into the new professional regions.

Over time a new tier would emerge: Regions ‘A’ teams.

That was inevitable, for the professional regional game would get ever more professional and the semi-pro club game would remain, well, semi-pro. An additional stepping stone emerging, in tandem with the building of regional identities and buy-in from the evolving consumer market.

The historic 1st class club game, for the WRU Premiership is merely the current incarnation of the old Western Mail Championship/Whitbread Merit Table club game, would carry on with its pivotal role of ensuring that rugby remained ingrained in the national culture and psyche and feeding the tribal parochialism upon which Welsh rugby has been built.

Professionalism simply required another tier or two between the WRU Premiership/1st class clubs and the financial engine of the national representative team.

In his seminal book on The Rugby Clubs of Wales, broadcaster David Parry-Jones, writing in 1989 and only a year before the abolition of the old 1st class club game with the introduction of the ill-fated whole pyramid national leagues without ring-fencing, that lasted a mere 13 years, categorised the clubs thus:

South Wales Police were omitted, and they would be an early casualty of national leagues pre-dating professionalism. The classification timing was unfortunate for Pontypridd, on the verge of a period of prolonged strength after being in the doldrums for much of the 1980s.

Many readers will already know the subsequent fate of these clubs and this tier.

The failure to self-modernise in the 1980s, in terms of teams and geography, the old curse of lucrative fixtures for the bigger clubs against the English frustrating a formal league even when the English were already moving to their own domestic leagues, led to the WRU imposing national leagues for 1990-91.

Some clubs were casualties before professionalism, sliding down the leagues in the early-1990s. Others fell away between professionalism and regionalism. Community clubs rose and fell, perhaps most notably Treorchy, Dunvant and Caerphilly.

Gradually the tier expanded westwards, Carmarthen Quins and Llandovery formalising what perhaps they had long been. Other community clubs have risen in Bedwas and Bargoed. Sir Stan Thomas has driven forwards Merthyr, long the missing conurbation in the South East Wales 1st class rugby jigsaw.

In 2016 the North Wales development region joined the modern incarnation of the 1st class clubs.

So, going forwards, what needs to happen to lick this post-regions muddled and neglected tier into some shape?

As much as business principles are an excellent way to drive the modernisation of the professional regions without significant conflict, fundamental structural reform will be needed with this tier.

The Performance/Professional Game sub-board will have enough on its plate turning around – the wits might sarcastically say “implementing” – regional rugby.

The Community Game sub-board/WRU Council, whilst it might be tempted to focus upon the more high profile semi-pro game at the expense of its core duties, has enough on its plate with the problems facing the community clubs in the national leagues in a changing society.

Sporting administrators should broadly conceptualise all sport into either high performance or community participant, but the reality is that a rigid governance or administrative demarcation between the two in rugby union is virtually impossible.

In countries like New Zealand, South Africa and Wales, the National Provincial Championship at  Mitre 10 level, the Currie Cup and the WRU Premiership will inevitably below the cross-border competition regional franchises constitute both the bottom of the high performance game and the top of the community game.

Those missed by the academies and late developers will emerge, still a place for the young professional forward to hone his technical skills irrespective of match aerobic shortcomings.

The league has long struggled for WRU air time, living in the shadows of the trials and tribulations of the regions, and similarly has had no direct WRU board representation.

Many would argue that the semi-pro club game requires a dedicated elected or nominated WRU director, not merely its own sub-board.

There are many issues to be confronted in driving forward the commercial side of this tier of Welsh rugby and finally achieving a model based upon business sustainability.

Secondly, the semi-pro club league – leagues, with the WRU Championship? – needs to focus on itself.

Additional cross-border competition might be desirable in the future, although whether the controversial Scottish “Super 6” franchises will ever logistically and commercially be the correct opponents will remain open to debate, but the key for the semi-pro tier is commercially building the bread and butter core domestic WRU Premiership league product.

Not trying to run before it can walk.

In 2019-20, the surviving clubs will financially be losing four domestic league home matches against other Welsh teams as the league is culled from 16 to 12 teams.

Depending for extent upon results, unhelpful complaints of WRU and regional gerrymandering – never far below the surface – will undoubtedly resurface.

Three regions have sadly not yet divested themselves of their equity in the Bridgend, Cardiff and Llanelli clubs to achieve impartiality and clean regional pathway governance.

It is hard to see how the governing body even can divest their own stake in the oddity of the development region in a club competition.

And all together with suspicions that the “Super 6” competition might be a front for regional player development, given the limited nature/fixture block of the initial Regional ‘A’/U23 teams.

If the WRU Premiership is to survive, and Welsh rugby not to become simply polarised between spectator professional regions and participant amateur community clubs, with nothing in between, the semi-pro game must finally wake-up and concentrate on itself and its core commercial requirements.

One thought on “That Difficult Second Tier: What To Do With Welsh Rugby’s Premiership”