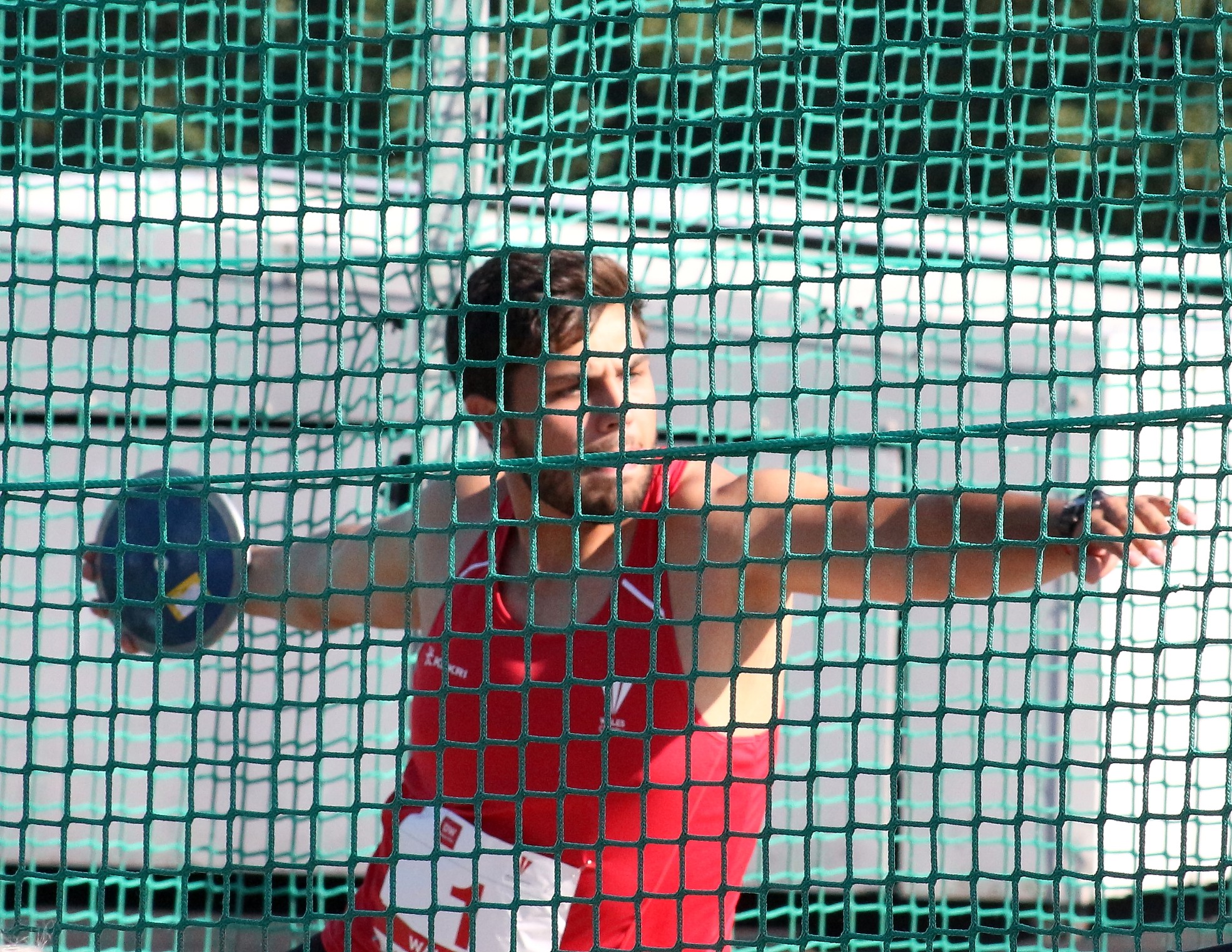 James Tomlinson led the way as three Welsh athletes contested finals on the final day of the European Under-20 Championships in Sweden on Sunday.

The Pembrokeshire discus thrower finished fifth in his final, while Cardiff’s Sarah Omoregie was 10th in the shot put and Newport’s Remi Adebiyi  12th in the 3,000m final.

The Great Britain joint team captain said he had mixed feelings about finishing as the fifth best thrower in Europe, but missing out on a medal.

“At the start I took a relaxed approach, maybe a little bit too relaxed because I dropped way below what I should be doing.

” I started to find my form and started to go for it. Honestly, I didn’t feel like I was giving it 100 per cent until the sixth round and something just switched in my head and I thought ‘let’s just go for this’ and I left it all out there, so I cannot be disappointed with myself.

“I went 100 per cent at the end, and do you know what, I didn’t medal but I’m happy with myself and I cannot ask more than that.”

Tomlinson was happy to break the 60m barrier for only the second time in his career as he recorded a best throw of 60.01 in deteriorating conditions.

“It’s a good place to do it, the European Championships in the rain and a bad wind. Sixty metres is not a small throw, I’m happy and we move on,” he said.

Commenting on the experience of being joint captain of the Great Britain team which topped the medals table with six gold, three silver and six bronze medals, Tomlinson said:  “To captain this team has been awesome, that’s why the last throw, I thought ‘I’m going to show some energy I’m just going to go for it’.

“The whole team’s been absolutely astonishing this championship, so it’s only fair that I gave it 100 per cent. That was just a thank you to the team really, because they are out there in numbers. Awesome.”

Competing alongside Tomlinson during a morning session which witnessed a torrential downpour was Omoregie, who contested the shot put final.

But she was unable to reproduce that kind of form in difficult conditions and bowed out of the final with a best throw of 14.69.

But like Omoregie, he couldn’t quite reproduce his qualifying form in the final as he finished 12th in a time of 9:17.81.

Adebiyi said afterwards: “The race was pretty difficult. I thought I’d recovered better for the final after the heat, I felt pretty good coming into it, but it happened. I have to bounce back now and concentrate on the rest of my season.

“I was comfortable in the heat, but in the final I couldn’t quite produce the goods but it’s all a learning curve ready for the seniors.

“You have so many different things than a normal, regular athletics meet. This is the next level, something special, something new. It’s a good experience to have. I’m grateful for the opportunity, thanks to British Athletics.”

The future for Welsh Athletics looks promising with all four of its contingent in Sweden having comfortably reached their finals with Cardiff’s Jeremiah Azu having agonisingly pulled up while leading the 100m final on Friday evening.