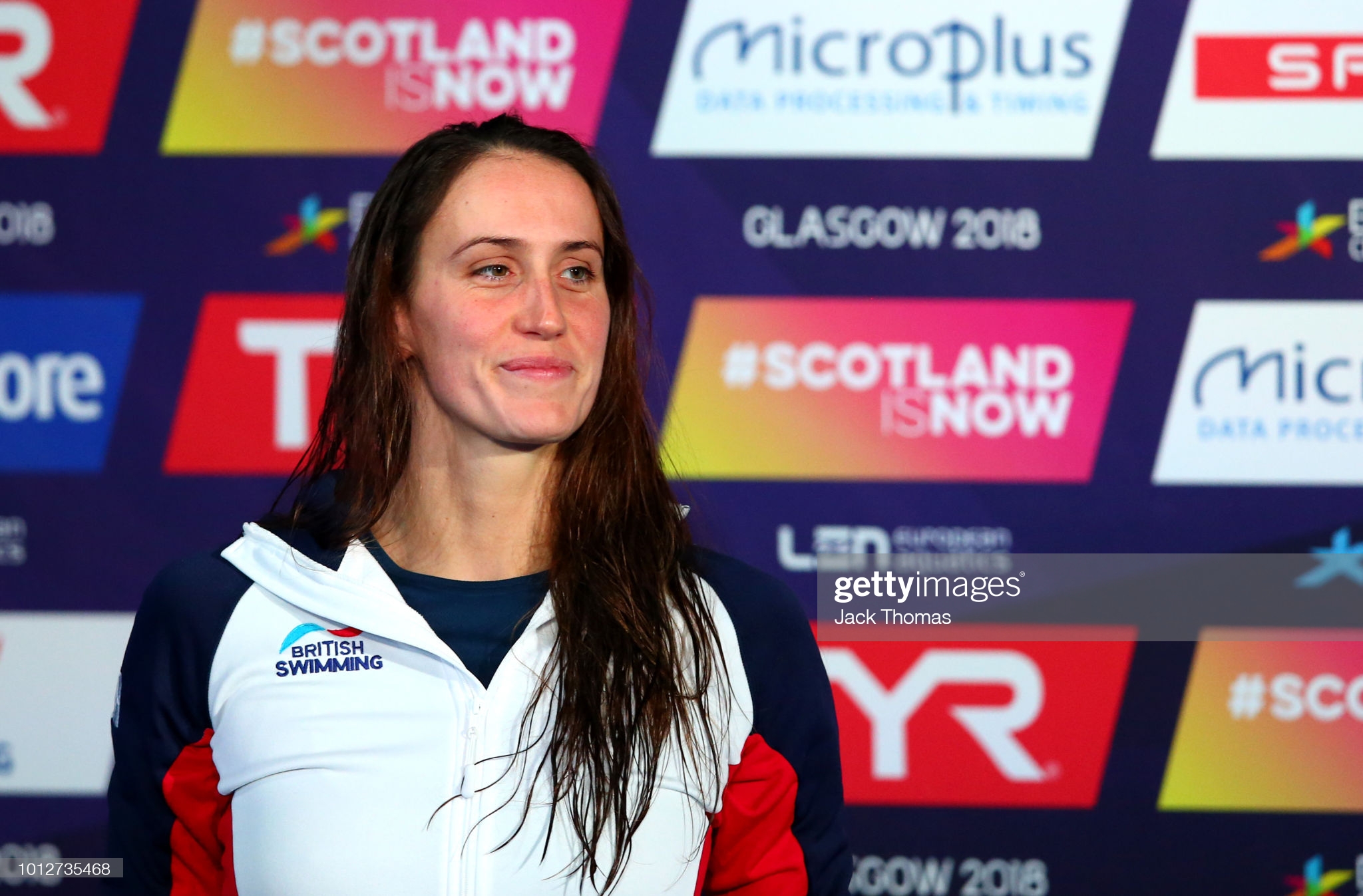 Former European and Commonwealth champion Georgia Davies has announced her retirement from competitive swimming after a glittering 11-year career.

Davies – who won gold at the 2014 Commonwealth Games – has decided to bow out at the age of 31, rather than go for a fourth Games appearance for Wales next year in Birmingham.

The London-born swimmer, who trained at Wales National Pool in Swansea from the age of 10, won 20 international medals in total, went to both the London 2012 and Rio 2016 Olympic Games, but missed out on selection for the delayed Tokyo Games this summer.

“As a young swimmer, I was always so competitive and determined, but I don’t think I could have ever imagined at that time that I would go on to represent Wales and Great Britain for over 15 years, and win multiple international medals,” said Davies.

“I’m so proud that I got to hear both the Welsh and British anthems play on the podium, and represent my country at a home Olympics.

“Those are truly special moments that not everyone gets to experience and I feel so fortunate.”

Davies laid the foundations for a stellar career with a breakout performance at the 2010 Commonwealth Games in Delhi.

In her first major championships, Davies claimed a bronze medal in the 50m backstroke, and never looked back.

A year later she was celebrating a 50m backstroke silver medal at the European Short Course Championships and testing herself at world level in a GB race suit for the first time.

By the time the 2014 Commonwealth Games came around, Davies had experienced her first Olympic games in London and had developed into one of the finest swimmers on the planet.

Her reputation only grew in Glasgow as she clinched Commonwealth gold in the 50m and silver in the 100m backstroke.

The Wales star claimed 50m silver and bronze in the 100m and 4x100m medley relay on her European Championships debut later that year, before winning a bronze and two relay golds at the 2016 edition.

That year would get even better with Davies making her second Olympic Games appearance at Rio de Janeiro before picking up 100m backstroke bronze at the World Short Course Championships in Windsor.

Two golds at the 2017 British Swimming Championship paved the way for her third Commonwealth Games appearance a year later.

Davies emerged from the Gold Coast Games with two bronze medals before heading to Glasgow for the European Championships, where she delivered a resurgent performance to get back on top of the podium, winning two golds, a silver and a bronze.

She added: “Although swimming is mostly an individual sport, it’s impossible to do it alone. I think that the reason I’ve been able to have such a long career is down to how much I’ve enjoyed the journey with my teammates and friends.

“It’s also testament to the level of support I’ve had all along, from my family, and from some amazing coaches and support staff, and I just want to express my sincere gratitude to everyone who has helped me in some way, big or small.”

Davies created more history in 2019 when she joined Energy Standard Swimming Team, who won the inaugural International Swimming League team title in Las Vegas. She retires on a high after her team regained the ISL crown at the 2021 finals in Eindhoven.

Fergus Feeney, Swim Wales chief executive said: “Today we celebrate the career of one of our greatest competition swimmers of all time, Georgia Davies, as she retires from our sport.

“Georgia stepped up to the Welsh Senior Squad back in 2010 and for nearly 12 years has been an inspirational figure at the elite end of our sport.

“On behalf of Swim Wales, all of our members and partners I would like to say a big thank you to Georgia and everyone who has supported her over the years.

“Georgia will always be remembered for her incredible talent, hard work and commitment and she will continue to be an inspiration to young Welsh swimmers for generations to come.”

Swim Wales performance director Ross Nicholas said: “Georgia has had a truly remarkable career and we at Swim Wales are so incredibly proud of everything that Georgia has achieved.

“Georgia has been at the top table of World swimming for over a decade, representing Great Britain at two Olympic Games and Wales at three Commonwealth Games.

“She has consistently achieved podium success at Commonwealth, European and World level, and has been a true inspiration to so many young swimmers across the nation.”